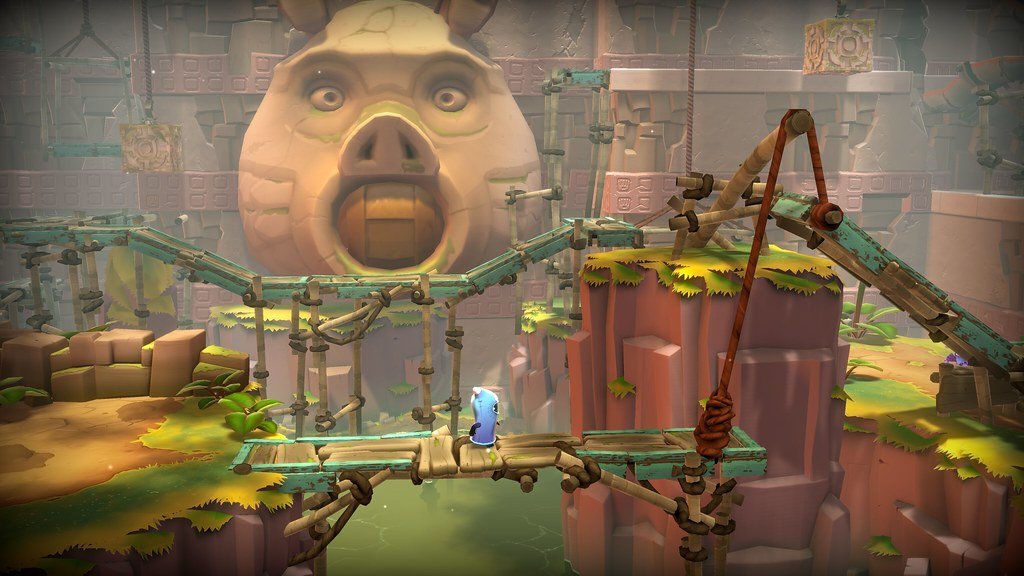 The majesty (and terrifying power) of nature on full show in Flight Simulator 2020 as players fly through Hurricane Laura.

The Last Campfire, the first new game since Hello Games set to work on procedurally generating the entire universe, is now out on PS4, Xbox One, Switch, Mac and iOS through Apple Arcade.

The game is much, much smaller in scope than No Man's Sky, and focuses on telling a story about hope, loss and empathy through adventuring, meeting characters and solving puzzles.

"At its heart this is a game of exploration in a world filled with puzzles. You learn new skills as you travel through the world allowing you to take on more difficult challenges," said Hello Games founder Sean Murray. "You find a flute which allows you to manipulate the world around you, and a boat to sail back through parts of the world you couldn’t reach before."

For those who aren't up to solving puzzles in their narrative adventure games, there is also an explore mode for people who just want to take in the world and talk to its forlorn inhabitants.

The Last Campfire has been developed by a much smaller team within Hello Games, which continues to produce free updates for No Man's Sky, extending the scope of an already massive technical achievement for an indie studio.

"Most PS4 players know Hello Games from No Man’s Sky, a huge open-world sci-fi experience with a procedurally generated near-infinite universe to explore," explained Murray. "It is a lot of fun to work on with a lot of technical challenges and there is plenty more to come from the No Man’s Sky team.

"Some folks may even remember a PS3 game called Joe Danger, our first title, which we really enjoyed making and paved the way for us to do even more ambitious things. We look back fondly on being a team of four working on Joe Danger, and we wanted to make sure we were fostering others to have the same learning experience."

The game's release date today was announced yesterday, with very little lead in, suggesting a return to those low stakes roots that Joe Danger gave the studio just as they were starting out. It's no wonder they'd like to return to those days, after the pressure of No Man's Sky, being touted front and center by Sony's marketing arm as a key title in the PS4's launch calendar.

You can play The Last Campfire today by grabbing it through your Apple Arcade subscription or purchasing it on one of the other platforms for what appears to be $15 across the board.