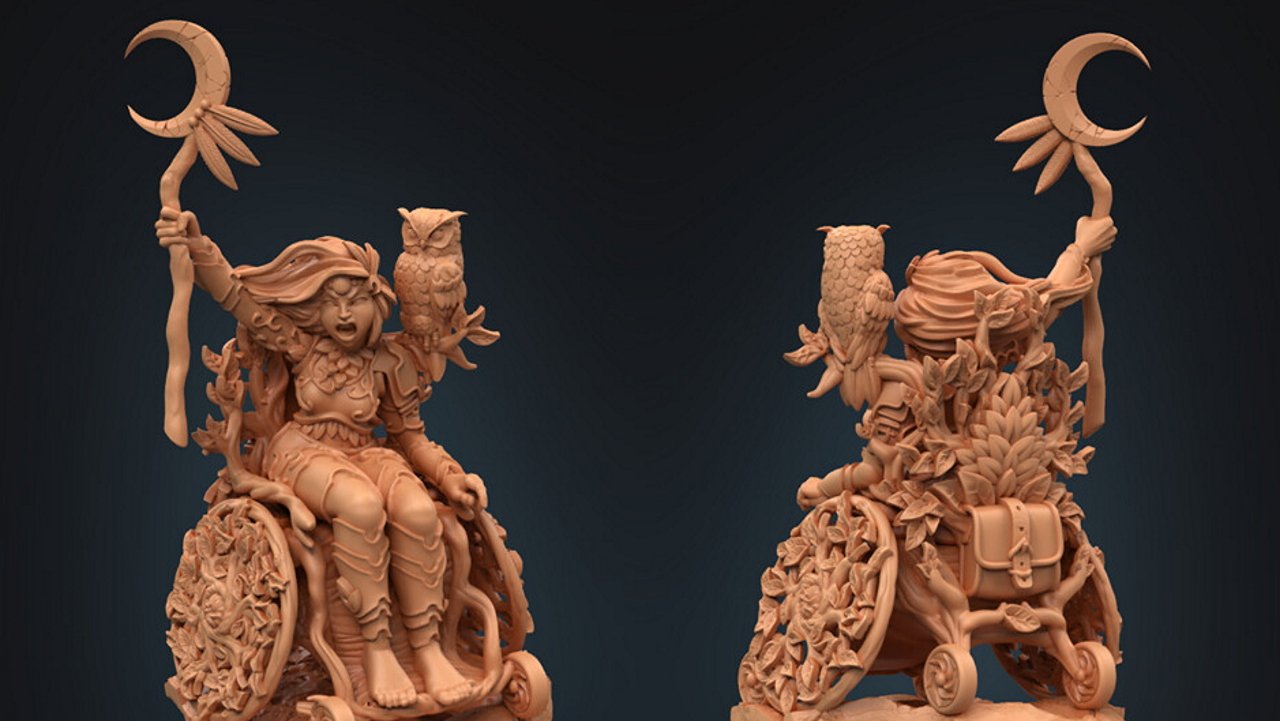 Dungeons and Dragons sells itself on the principle of creativity, allowing you the freedom to imagine someone entirely different to play, or design a fantastical version of yourself. Yet for all the innovation encouraged in its play, the game’s core rules have proven somewhat restrictive, or non inclusive for many.

Dungeons and Diversity is hoping to change that, starting with the creation of some seriously impressive combat wheelchair miniatures. Created by Strata Miniatures, the models include a Human Druid, Elf Rogue, Tiefling Cleric and Dwarf Barbarian. Each is intricately detailed, with equipment loaded across the sides and back. We can’t help but pick the Dwarf Barbarian as our favorite though. He comes decked out with a flaming touch behind and twin axes ready to carve enemies apart. Monsters had best pray they don't see this figure hurtling down a corridor towards them.

The miniatures can be ordered directly from Strata, or you can purchase the 3D digital print files to produce your own, no matter where you are in the world. Purchasing won’t just set you up with some sweet miniatures to bring to the table, 25% of any purchase will also be donated to Ehlers Danlos Support UK, a charity which supports anybody affected with Ehlers-Danlos syndromes in the United Kingdom.

Shared on the Beasts of War forum, the Dungeons and Diversity miniatures are intended to be used in conjunction with rulesets for the combat wheelchair created by Sara Thompson, which are freely available to download from this Google Drive account. The rules sheets include more than just rules for the combat wheelchair (designed to allow the same general capabilities as other party members), also offering potential backgrounds for any new characters you create. If you’re a fan of the work, you can check out Sara’s Patreon to help support them in creating more.

The Combat Wheelchair rulesets are designed for use with Dungeons and Dragons 5e, but there’s no reason you can’t put the miniatures to use in other versions if you’re willing to adapt the rulesets. We’re hopeful that Wizards of the Coast will push to make all versions of D&D accessible to players wanting to represent themselves in future.