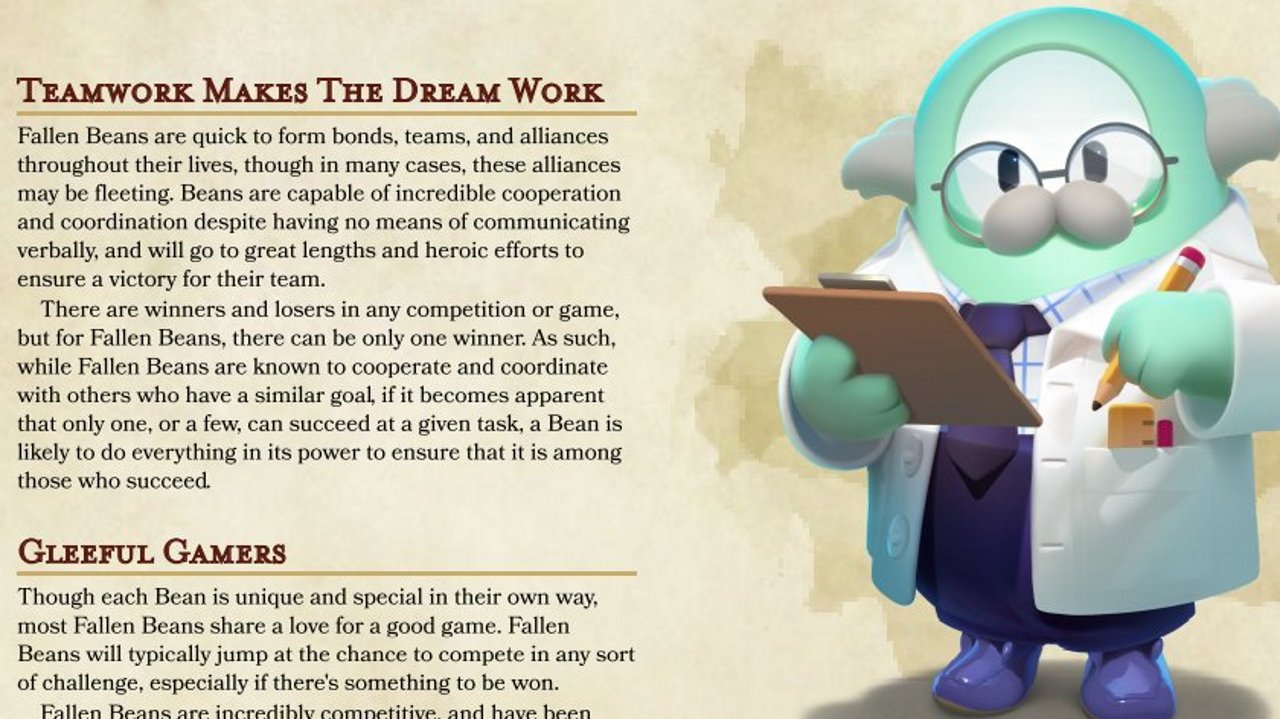 The latest patch for Fall Guys fixes a number of issues while also serving up some spicy Yellow Team commentary.

Dungeons! Dragons! Jelly beans? Normally the latter would make a more edible appearance on the games night table, but now you can take your taste for beans to a new level thanks to a fan-made character sheet.

Twitter user Jaron R. M. Johnson clearly enjoys his jelly beans with a fantasy flavor. To celebrate the Fall Guys Twitter account reaching a million followers, they shared custom character sheets that’ll allow you to create your own D&D Fall Guy – dubbed Fallen Beans by Johnson – and set off on an adventure.

In celebration of @FallGuysGame reaching 1M followers (and in the hopes that @timthetatman can pull a crown today), I bring you:

While this sounds adorable at first, it’s worth mentioning once again that Fall Guys at 1.83m tall. That’s 6ft. SIX FOOT. Suddenly that unexpectedly giant bean man is looking an awful lot more menacing. And if there’s one thing you can guarantee it's that, after hundreds of rounds spent hurling themselves into fan blades and rotating bars, they’ve got the perseverance and bravery required to see any task through.

We love the details such as Fallen Bean society being based entirely on appearance and the names being a randomly generated series of digits. Our only qualm? Johnson notes that Fallen Beans are “quick to form bonds, teams, and alliances throughout their lives” and describes them as “capable of incredible cooperation.” Every run we’ve suffered through on See Saw or team-based events would certainly argue otherwise.

If you’d like to create a Fallen Bean for your next D&D Fall Guys campaign (can your team overcome the dreaded Slime Climb?), all you need to do is download the sheets from Johnson’s Patreon page (they’re entirely free – click here!) and make sure you’re running 5e. Oh, and you might want to run it by your DM before you shove a comical giant bean in next to a serious half-orc barbarian and elven cleric investigating murders in a grim city. Just a thought.