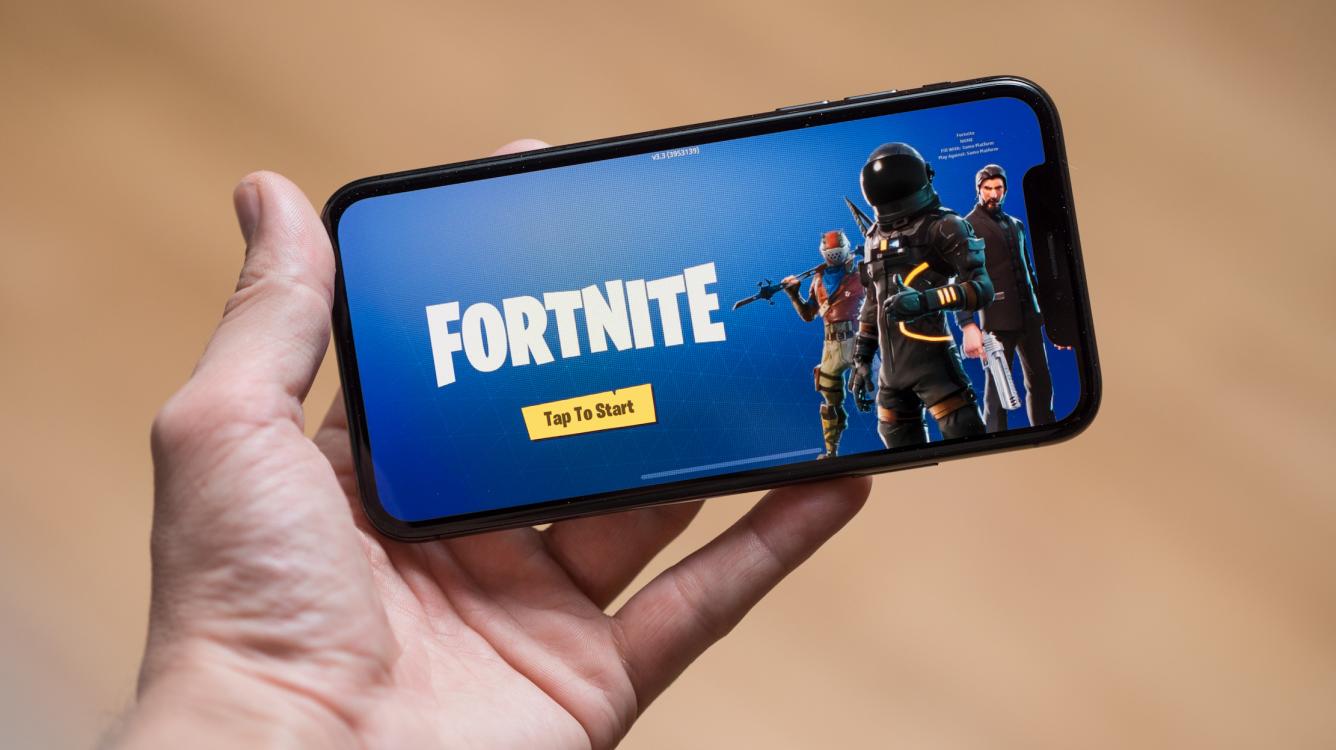 Ok, if you've paid much attention to Online in the past few days you've probably noticed that Epic and Apple got into a huge fight that has somehow embroiled half of the games industry.

Starting last week when Epic finally made their move to circumvent Apple's App Store as a way of buying V-Bucks, the spat has now spiralled to include three lawsuits, Apple, Google and dozens of other developers that rely on Unreal Engine to make their games. But why exactly is all this happening? How much 4D chess is going on here? And what does it mean for you, the Fortnite player, caught between trillion-dollar companies? Here's the sitch...

For chess openers, it's a classic bit of baiting. Last Thursday, August 13, Epic published their blog post announcing a sale on Fornite's in-game currency for buying skins and back blings and other things, V-Bucks. The post outlined their gambit: if you buy through Epic rather than Apple or Google's stores, then you can get them for 20% off. Permanently.

The Fortnite Mega Drop lands today! Get up to 20% in savings on V-Bucks using select payment methods. This isn’t a short term sale…these are our new prices!

More info about availability in your currency and how it works in our blog: https://t.co/E5w29QvO6m

The point of this move was that Apple takes a 30% cut of any purchases made through the store, so by undercutting themselves by 20% Epic are actually earning 10% more than what they would receive in their current state of affairs. This is a long-standing thorn in Epic's side, as far back as when Fortnite was in its explosive phase of growth they attempted to circumvent Google's Play Store by individually distributing the game's APK for Android users. Eventually they relented when they found that far fewer mobile users on Google's platform were sticking with the game, perhaps due to the very large and scary notices that pop up every time you update and run an unsigned APK. A problem for a game updated as often as Fortnite.

So, last week Epic had finally had enough of Apple and Google's hands in their pocket, taking a 30% cut of what was conservatively estimated at $2 million per day of revenue on each mobile platform in 2018. To many at the time it seemed like Epic impetuously picking up their ball and leaving the playing field. Apple's store explicitly prohibits features in apps sold through the platform that circumvents the terms and conditions developers sign up to. So they naturally obliged by taking the game off the store shortly after Epic made their move.

Not even a minute later, Epic invited everyone to come and watch a new short film they'd just put together, titled "Nineteen Eighty-Fortnite", a play on 1984. The movie was set to air in Party Royale, the chillout space reserved for events such as music festivals and trailers for Christopher Nolan films. And it just so happened to be a not-so-subtle dig at Apple's response, clearly animated and implemented over a period much longer than the minute since Fortnite had been taken off the store.

The short is a parody of an old Apple commercial – directed by Blade Runner's Ridley Scott – which made grand overtures about rival computing company IBM's monopoly on the home computer market in the mid 80s. It positioned Apple as the scrappy, rebellious upstart, and made allusions to George Orwell's novel of the same name, in which an authoritarian government controls the lives of its citizens through manipulation of the economy and media. Now Epic, the $17.3 billion games giant, was using the $2 trillion technology monolith's own words against them. I guess one of them is smaller and scrappier than the other, technically.

It's a bit heavy handed, and it reeks a lot of trying to sway public opinion itself (exactly as the antagonist government in 1984 did) but it's also extremely pre-meditated. At the same time this jab in Apple's eye was being beamed into the eyes of millions of Fortnite kids, Epic was serving papers to Apple and Google's lawyers, after Google followed suit and kicked Fortnite off the store, too. The timing was meticulous. Not only did everything happen within a matter of hours, but it's also at a time where the big technology companies (Amazon, Apple, Facebook, Google) are the focus of congressional hearings on antitrust laws.

Antitrust is a mechanism by which large companies that have acquired an almost total control of their industry or market can be forced to break up into smaller entities to remain competitive. The foundation of free markets is that competition acts as a regulator, if consumers are being exploited by one company then they don't have to use their services. In July, Apple CEO Tim Cook appeared in front of the House Judiciary panel to defend his company's business practices. Most thought he did a good job, though in comparison to Google's dominance of search and information, and Facebook's alleged election interference, he wasn't being asked much. But now this has shone another spotlight on that 30% fee, which House Judiciary chariman David Cicilline described as 'highway robbery'.

The lawsuits issued by Epic against both Apple and Google were well-planned, but the fallout has perhaps been a little more severe than they were expecting. Getting kicked off mobile stores was a risk they were willing to take, and actually necessary in their gamble, but there were still more sanctions Apple could take against them.

On Tuesday, Epic filed another injunction against Apple to try and stop them from taking the next step: removing Epic from the App Store developer program. You might think this wouldn't matter because their main game's already been pulled, but Epic aren't the only ones that rely on their continued presence in the program.

Epic Games has defied the App Store Monopoly. In retaliation, Apple is blocking Fortnite from a billion devices.

Epic's Unreal Engine is a key development platform for many developers, indie and AAA, mobile and console. If Epic was booted out of the developer program, updates to Unreal Engine and tools to help publish games built inside it would be unavailable to third-party developers. At the very least this would make updating games for security vulnerabilities or routine patches harder, at the worst some indies would have to begin making their game all over again in a different engine. The prospect of this has caused even bigger fish to join the fight, with Microsoft declaring their support for Epic to avoid their iOS games, like Forza Street, from becoming more difficult (or impossible) to update on Apple's storefront.

It's hard to pin down exactly how big of an effect this could have on the wider game industry. If Epic's gambit succeeds, developers could earn more bang for their buck on the App Store. It could be a golden dawn for mobile game devs the world over. It could even change the face of four of the biggest technology companies in the world, if antitrust legislation is based on this event. However, if it fails, the consequences could be felt across the entire industry. There's more at stake here than just being able to play Fortnite on the bus.