Fans will have to keep on waiting for the release of The Stanley Parable: Ultra Deluxe until the developer is ready to release it. 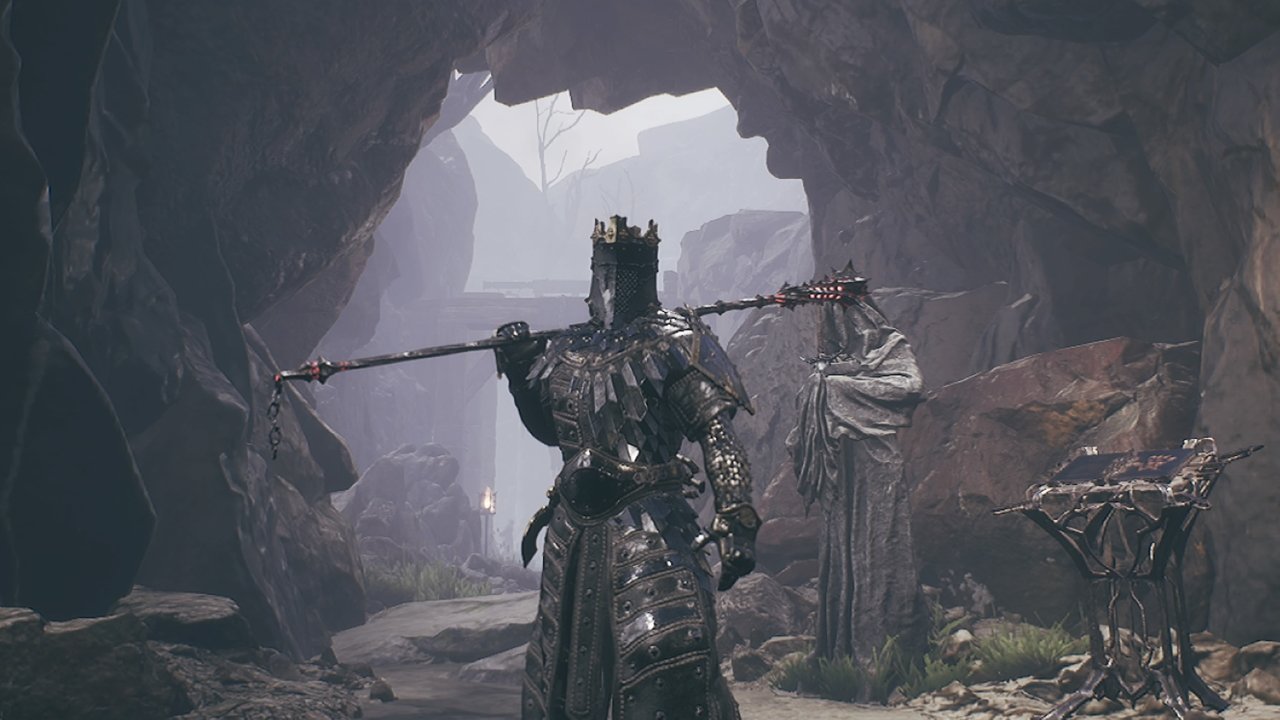 The shells may steal the limelight, but it’s arguable that Mortal Shell’s weapons are the bigger game changer when it comes to suiting your playstyle. There are four weapons available in the game right now, each serving a different role. To unlock them, you'll need to find and beat the various versions of Hadern, your nemesis with the Harden ability. Want to know more about all the weapons in Mortal Shell including where to find them? We’ve got the details for you below.

The first sword you’ll get access to in Mortal Shell is the Hallowed Blade. This is your standard knight sword, with decent range and damage. Its heavy attack is a long-distance thrust useful for poking from afar. It's a great weapon throughout the entire game and one you'll want to practice with.

The crowd control device of the pack, the Smoldering Mace can be found in the entrance to the Shrine of Ash zone, obtained if you beat Hadern there. This staff is a long weapon, designed to strike enemies at range. It’s slower than the Hallowed Sword, and has powerful, but time-consuming combos you won’t always be able to unleash. In our view, the Mace is far from the best weapon, and one to come back to after you’re bored with the others.

A weapon (or two) for the speed fiends of Mortal Shell. The Hammer and Chisel can be obtained at the entrance to Eternal Narthex, close to the location of Eredrim’s Shell. Again, you'll need to beat Hadern to grab them. While lacking in range, the Hammer and Chisel strike extremely quickly and are excellent at staggering foes, making them a prime choice for many.

In addition to the primary weapons in Mortal Shell, you can also obtain the ranged Ballistazooka by purchasing the different parts from the merchant in Fallgrim tower. You'll only find limited ammo (Large Bolts) around the map, so use it sparingly.

Read more: What the Lute does in Mortal Shell

The best weapon in Mortal Shell

In our view, there are two contenders for the titles of best weapon in Mortal Shell. The starting Hallowed Sword may not seem much at first, but it holds an excellent mix of speed, damage and range, meaning it’s comfortable dealing with any and all situations. Works extremely well when paired with the beefy Eredrim Shell.

The other best option has to be the Hammer and Chisel, despite being limited to close range, these dual weapons stagger enemies like there’s no tomorrow, meaning you can batter your way through many foes without much chance for them to strike back. A great choice for shells with high stamina like Tiel who can alternate smacking and rolling.

Those are all the weapons in Mortal Shell. During a single playthrough you’ll be able to get enough Quenching Acid to upgrade two weapons fully, so don’t bother splitting your interests further beyond that. We recommend doing the Hallowed Sword and one other that suits your style. For more Mortal Shell tips and tricks, click here to visit our game hub page.