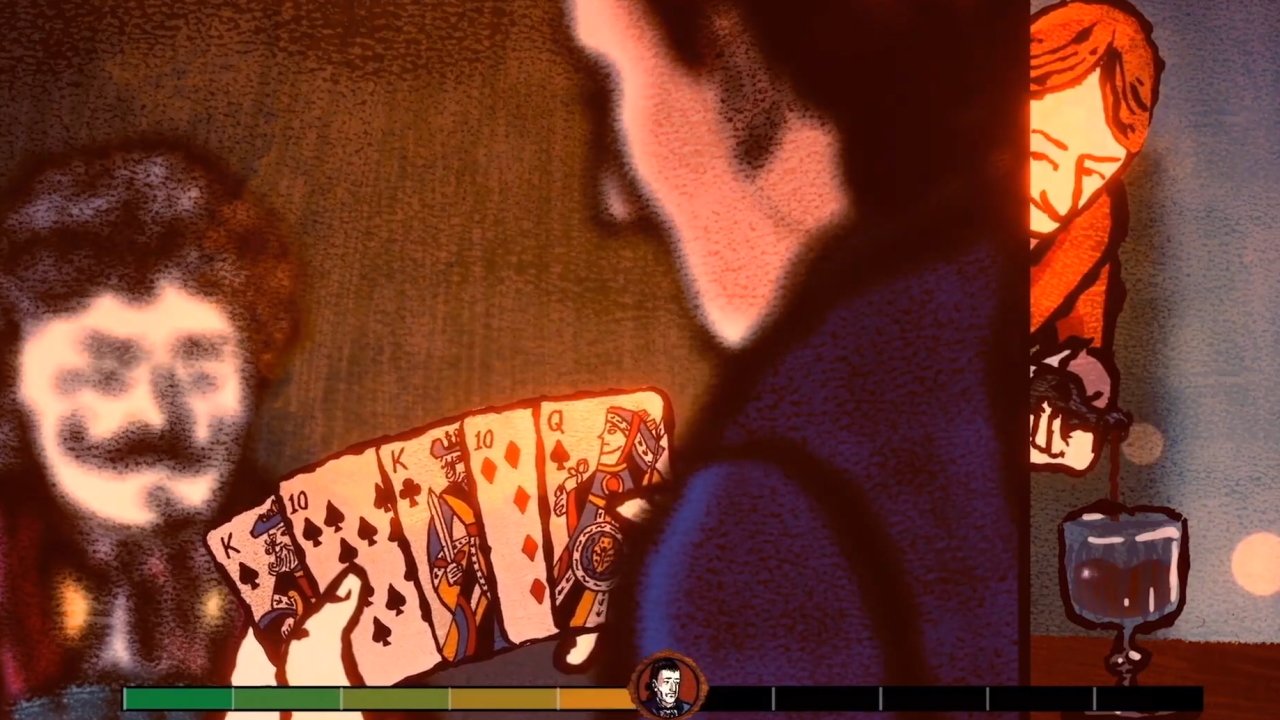 The world's cutest grape in the palm of your hand.

Card Shark is an upcoming Switch game about cheating at cards.

Announced during Nintendo’s Indie World Showcase today, Card Shark is a new game that sees players learning how to cheat 18th century French aristocrats in games of cards. By practicing sleight of hand like shoving cards up your sleeves or hiding them in your palm, you’ll be able to make a lot of money - provided, that is, you don’t get yourself shot in the process.

Play cards like a real cheat in Card Shark, a new adventure through eighteenth century France. Learn to trick, conceal and win every time.
Made by us and @PluralGames,
published by @Devolverdigital. pic.twitter.com/Icrhuutwwm

Swindling your opponents is always going to be a risk, and the more brazenly or ineptly you do so, the more irate your target will become. Push them too far, and you’ll risk them pulling a pistol on you and potentially ending your winnings for good.

Card Shark is being developed by Nerial, the studio behind popular monarch-simulation game, Reigns, as well as Reigns: Her Majesty and Reigns: Game of Thrones. In similar form, it looks like Card Shark will feature plenty of entertaining humor along the way. Indie publisher Devolver Digital is helping deliver the game, which is planned to arrive at an undisclosed date next year.

If you’re looking for more news from today’s Indie World Showcase, you might also be interested to read up on afterlife management game Spiritfarer which releases later today. Click here to find out more on that. In other good news, Hades will be making its way to Nintendo Switch this year. Find out more about that by clicking here. Otherwise you can catch up on the full showcase below, which included more information on games like A Short Hike, Garden Story, Takeshi and Hiroshi, and more!

Plenty of the titles shown have arrives on Nintendo Switch today, which is also hosting an indie sale including introductory offers for several of the games shown off. Check the eShop for more information.

Card Shark is coming to Nintendo Switch in 2021.