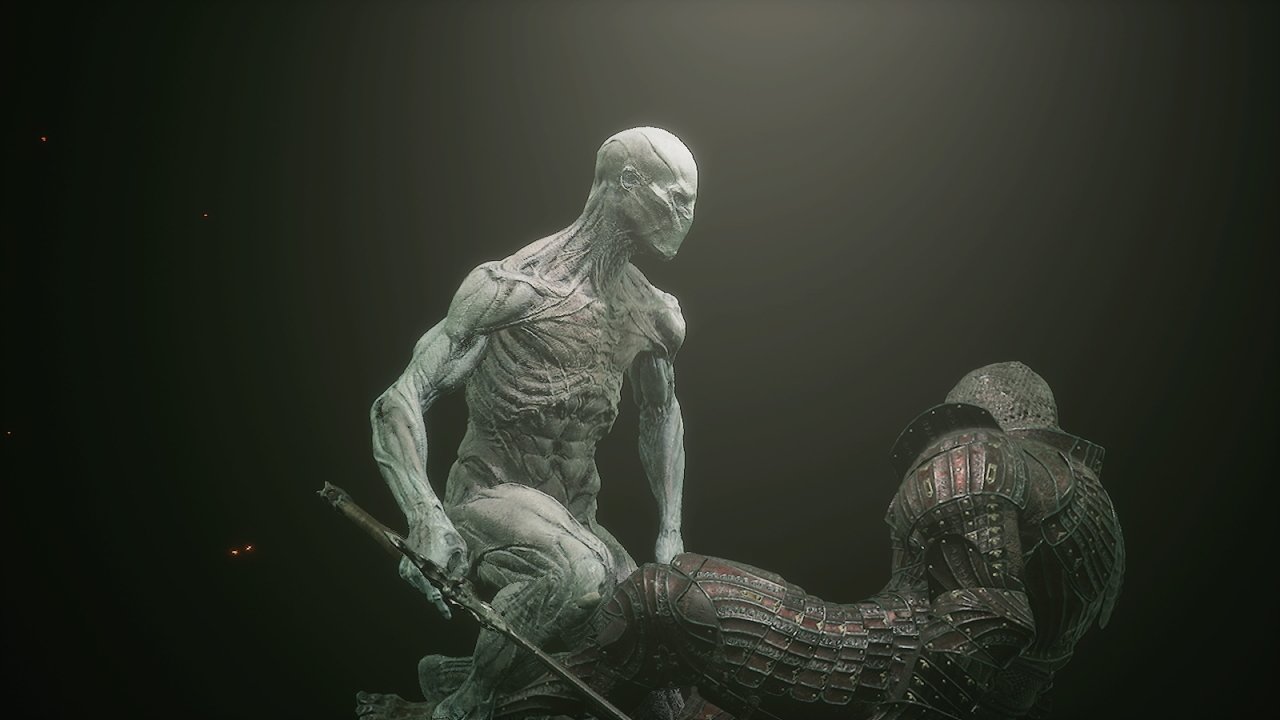 A quick glimpseover Mortal Shell's dreary bogs and armor-clad knights would have you think that this indie-Soulsborne title is little more than a copycat, doing its best to ape FromSoftware's acclaimed classic. However, while Mortal Shell is unashamedly aimed at hooking Souls enthusiasts, once you're pulled into its dark and grizzly embrace, some stark differences begin to unfold. Here are six ways Mortal Shell is more than just a Dark Souls clone, bringing its own ideas to the Soulsborne formula.

1. Things are hard, but so are you

Mortal Shell’s big new “thing” is hardening. Okay, now that you’ve had time to get your immature sniggers out of the way, it’s important because the entire flow of combat is based around this. At the tap of a button, and on a relatively short cooldown, you can instantly encase your entire body in stone, freezing you in place and making you invulnerable.

The key to hardening is that you can do it at any point. In the middle of a swing? Just landed a strike? It matters not; a tap of the button will render you briefly invulnerable. In this manner, Mortal Shell allows you to commit to strikes that, in Dark Souls, would be suicide. That powerful incoming slam you would always dodge from in a Souls game can now be tackled head on, hurling yourself into it with your own thrust. Mortal Shell’s combat is slow and patient, without any of the quick cancels Souls games typically offer. It can feel frustrating, but it’s a deliberate choice based on the function that the Harden ability grants.

Rotten Food. Would you eat it? Probably not in real life, or in Dark Souls. But in Mortal Shell you’ll want to take a bite out of any and all items you scrounge from the muddy/dusty floor. Item Familiarity is one of Mortal Shell’s most interesting mechanics. Each time you find a new item you’ll need to use it once to discover what it does. Keep using it after that, and you’ll eventually gain Familiarity, unlocking an upgraded version. That toxic mushroom you collected? Chow down once and you might die from crippling stomach pain, but persevere to a second bite and you’ll develop an immunity from its effects.

Through this system, Mortal Shell encourages you to be liberal with each item you find, rather than sequester them away in the hopes of some future encounter. Having beaten all the Souls games and Sekiro to boot, I’m pretty sure I never found a use for at least 80% of the bizarre things I collected. Some of Mortal Shell’s strange remnants may kill you to discover their secrets, but hey, curiosity made the cat’s next life all that much better.

3. You’ll have to Shell out

On the face of it Shells are little more than your standard action RPG classes: an all rounder, who balances stamina with health; a swift and nimble rogue, light on health but high on stamina; and the big and beefy knight who tanks blow after blow. But as you begin to upgrade each, that veneer peels back to reveal unusual strategies.

One can be upgraded to turn poison into healing, while another can claim endless damage boosts for each foe slain. Littered around the world, these fallen bodies must be discovered through exploration before you can discover a favorite.

But as the game will tell you, a man is more than just a Shell. Rather than carving a build slowly through levels and stat increases, Mortal Shell allows you to swap between shells freely, trading your body for the one best suited to your current needs. Upgrading each is timely, but when it comes to facing some of the game’s big bosses, it pays to slough off an unfitting body and claim one more suited to the task at hand.

Shells also frames the game’s last-stand-style mechanic. Each first death sees you shunted from your form and left as a wimpy, low health Foundling. If you can make it back to your body you’ll be able to recover all health, but doing so cleanly is often a challenge.

Mortal Shell obsessed? Get your eyes on this: How to parry in Mortal Shell

Likely to be the most controversial system in the game, Mortal Shell entirely ditches the Estus Flask system all Soulsborne games operate with. Healing items can be scrounged from around the world, but you’ll gain the biggest benefit from mastering the parry system. Block an enemy’s attack in the right circumstances and you’ll be able to counter with an Empowered Riposte, dealing massive damage and sucking the life force straight out of your foe.

This makes for an unusual balance with your enemies, where parrying – the timing for which is infuriatingly tight –  is best used on weaker, easy-to-read foes, gobbling them up as a source of health before you challenge a fiercer. Before that, though, you’ll need to build up some Resolve.

5. Resolve to fight, and fight to resolve

Beyond hardening, Resolve is Mortal Shell’s biggest diversion from the Soulsborne series. Built up through combat and decaying while out of fights, this resource can be consumed to perform an increasing number of actions you’ll unlock for each shell. Resolve is required to perform an Empowered Riposte, a kick, or many other unique actions. How you choose to spend it during a fight is crucial.

Unfortunately, Resolve is also one of Mortal Shell’s weakest aspects, as far too much of the fun relies on it. Risking a heavy blow to pull off a parry is the kind of bold action that should generate the ability to pull off more flashy attacks, not consume it. And each strong attack it enables is followed by a dreary period of regular swings as you build it up agonizingly slowly. Can you really afford to spend resolve on a basic kick, when you might need it to heal before the fight is out? More than anything, it ends up serving as a limiter and a frustration, rather than a source of fun.

You can play it and it sounds nice. Take that, Dark Souls.

If you’re after more Mortal Shell action, you can click here to visit our game hub which is brimming with useful tips and tricks like how to beat that pesky Hadern boss who pops up all the time.