The boxed version of Mortal Shell includes a fold-out poster and an art book. 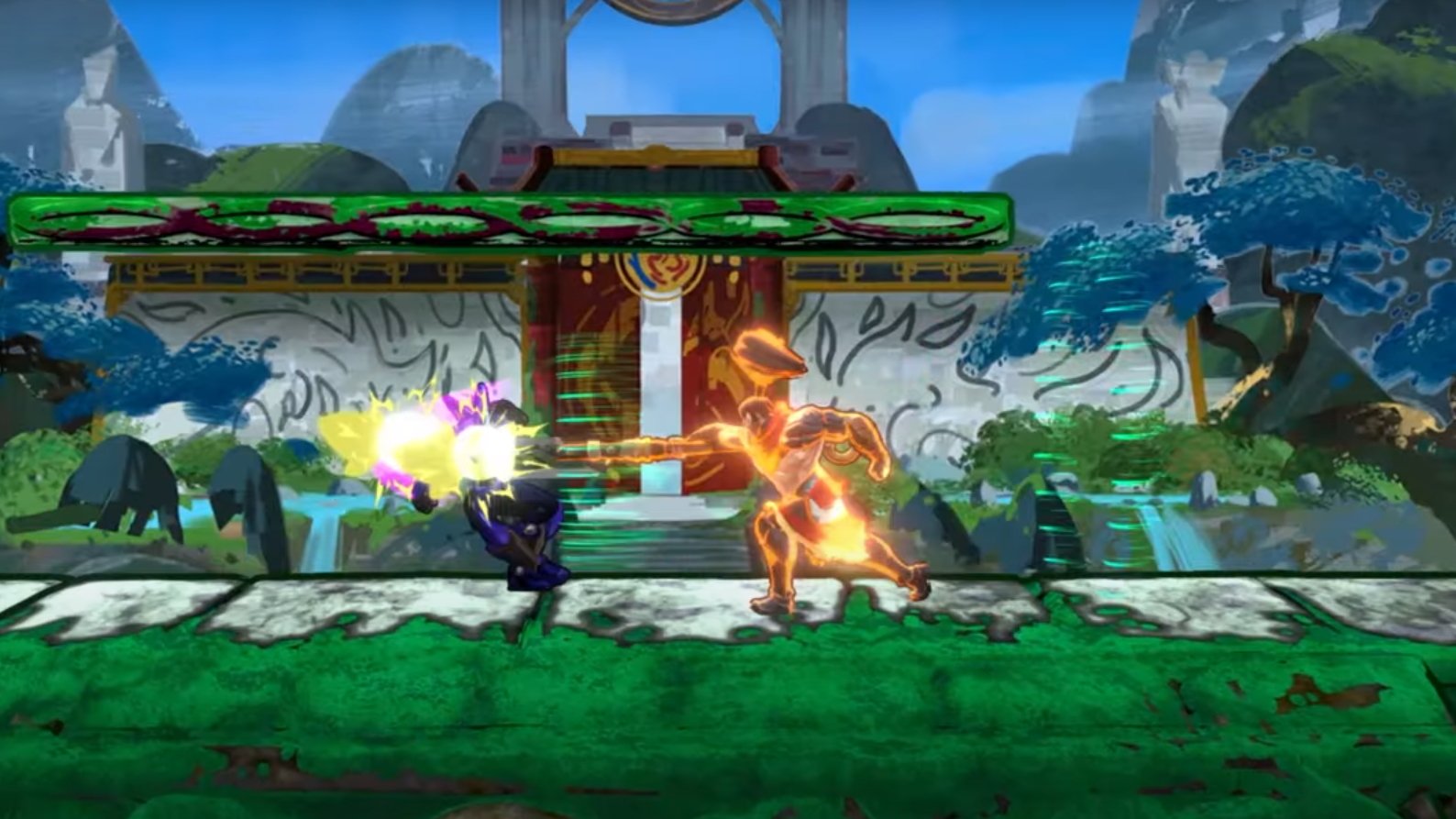 How to join or invite friends in Remnant: From the Ashes

Find out how to play with your friends in Remnant: From the Ashes so you can take on the hordes together.

Nintendo’s Super Smash Bros. series has always been a unique force in the fighting game arena. Despite its massive popularity, the number of successful games in the platform fighter build can be counted on a single hand. Though larger studios have certainly tried, it’s only indie releases like Brawlhalla and Rivals of Aether that have come close to keeping up with the big N. However, with its official gameplay reveal arriving yesterday, Rushdown Revolt is looking to add another name to that list.

Built on Smash’ platform fighter mechanics, Rushdown Revolt sees players battle on stages, aiming to knock one another off the edges of the screen. Rather than building up percentages that see them hit further and further, characters also have health bars which, when depleted, result in an instant knockout for that stock or life.

Watching the alpha gameplay reveal, the other immediately noticeable factor is sheer speed, thanks in large part to the central mechanic of Sparking. By hitting opponents, players gain charges that can be spent to cancel out of any attack or animation, allowing for free-form combos that, in turn, build up spark once more. It’s an interesting system that encourages aggression, and, combined with air-dashes and much more free-form movement, leads to wild sequences as players carry each other across and off the stage, battling in the air as much if not more than on the ground.

Following the new trailer, developer Vortex Games hosted a lengthy stream which featured several Smash pros as they tested the game. The stream included a look at several modes including a tag-team battle that lets players call in characters to perform assist attacks, or even fight two on one for a brief period.

The biggest problem the game seems to be facing right now, and a common complaint on both Reddit and YouTube, is readability. Character models in Rushdown Revolt’s alpha state aren’t very distinct, and different attack animations are hard to discern during the fast-paced action. Stylish combos are all well and good, but if your opponent can’t tell what move your character is doing well enough to counter, it’s hardly a skillful display.

The good news is that the game is in an early Alpha state right now. There’s plenty still to be worked on, and lots of time left to correct current issues. The concern, however, is whether or not this will happen. Rushdown Revolt is a reworking of Icons: Combat Arena, a mishandled attempt to create a smash-style fighter from the developers of its famous Project M mod. When Icons released into Early Access in 2018 it was flooded with microtransactions, and as the Steam reviews or one look at the old trailer will tell you, the art left a lot to be desired.

Promising rollback netcode and feedback-based development, there’s a lot of potential in Rushdown Revolt. As huge Smash Bros fans, we’ll be keeping our eyes on this one to see how it shapes up over time. If you’re interested, you can sign up for your chance to get access to the Rushdown Revolt alpha on the game’s website.