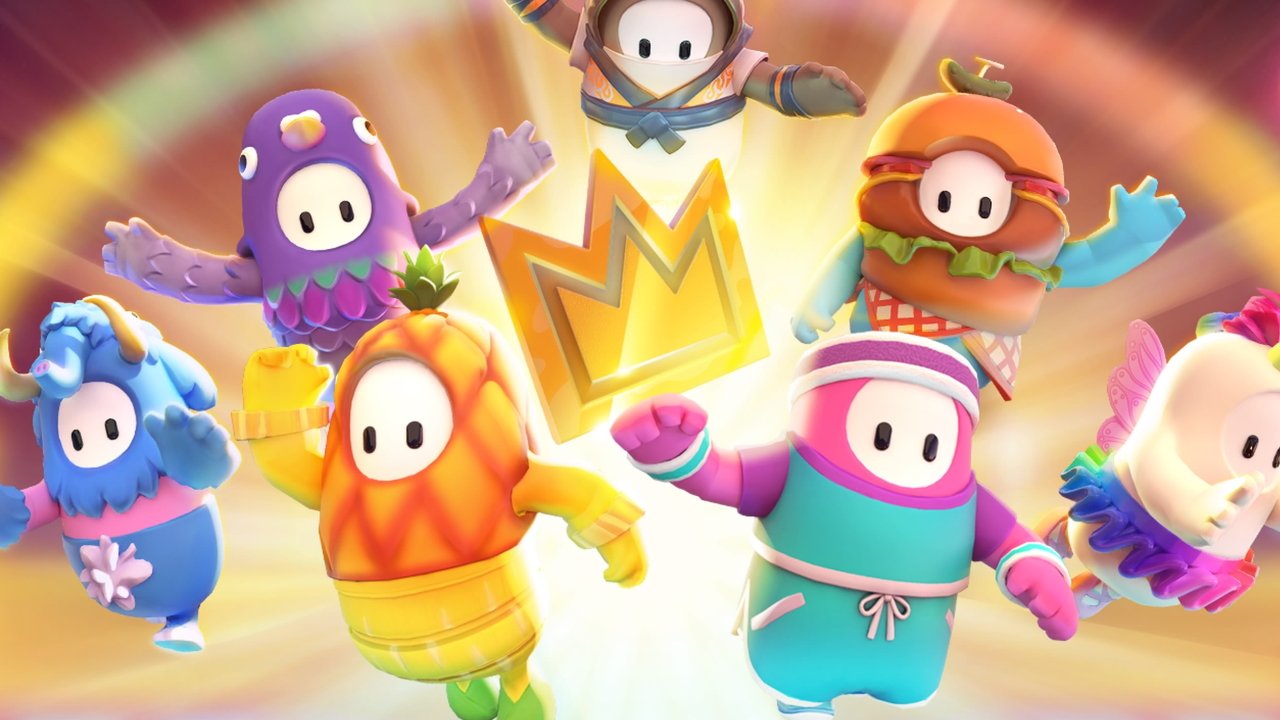 We won’t try to deny Fall Guys’ popularity. We’re just as addicted as you, desperately scrambling for any and every chance to earn a crown or unlock a silly outfit. But while most of its levels have us doing the pleasurable kind of shouting at our screen (best to ignore any of the words, mind), others inspire less charitable responses. In fact, we’d go so far as to say that a few deserve to be ejected from the circuit, flung by the Whirlygig's fans straight into the trash. Join us as we sprint and leap our way through the highs and lows of Mediatonic’s indie royale, ranking the best and worst levels in Fall Guys: Ultimate Knockout.

Whirlygig is perhaps the best encapsulation of everything that makes Fall Guys great. The start of every game is hilarious as hordes of squished beans are sent flying by spinning beams; even the skilled jumpers aren’t safe from being bonked over the head by an errant, flying Fall Guy. The map features several shortcuts, but you’re just as likely to shave off time through dumb luck as a beam or fan sends you spiralling towards the goal. Oh, and in case it wasn’t clear, only cowards avoid that central fan; you know the one.

Team events are the weakest entries in Fall Guys’ minigame portfolio, but we reserve a special level of hatred for Team Tail Tag and Hoarders. Both events leave you utterly dependent on the efforts of your allies, who you may also know as a band of colossal idiots.

You can hold a tail for all the time you like, but it won’t mean a thing if your team is too busy tripping over one another to collect any of their own. Hoarders is arguably worse, forcing you to watch time and time again as your teammates repeatedly bundle the balls you've secured back out of your zone again. Please, Mediatonic, save us from this torture.

The bean slayer. Slime Climb has already claimed a thousand Fall Guy souls, its ravenous pink maw rising to engulf any who stumble on its precarious slopes. Slime Climb is one of the only true tests of skill in Fall Guys, and while it may be hard for many players, that only makes scaling its heights to qualify all the more glorious an achievement.

Another team event reliant on the non-existent sensibilities of the masses. Jinx scrapes itself above Team Tail Tag and Hoarders purely by virtue of allowing individual players to keep their team alive as they dip, duck, dodge and dive away from infected enemies. Even then, it's a miserable experience to watch your own team's numbers dwindle rapidly through no fault of your own.

The survival games of Fall Guys are a mixed bag, but thankfully this final is an absolutely corker. The vanishing tiles give you enough time to turn and hop carefully from one to the next, but disappear just fast enough to make consistently doing that a panic-inducing experience. A single slip can see you fall from the very top to the bottom, making the entire contest an exhilarating affair.

Perfect Match’s biggest crime is just being dull. There’s the heart of a good minigame here, but each round of matching gives players far too much time and space to hop between tiles, meaning almost no one gets eliminated. Either cut down the time, or shrink the size of platforms so that players much push, shove and fight for their right to qualify.

Easily the most unique minigame in the competition, Tiptoe begins with players hurling themselves forward to find the right path, before suddenly shifting into an anti-race as everyone desperately waits for someone else to test the next tile and risk tumbling to the back of the pack.

The Worst: Roll Out

Similar to Perfect Match, Roll Out is just a bit too easy. It’s rare you’ll see many players eliminated, resulting in a dull round of trundling over a couple of rings until the time run out or enough players fall off through sheer boredom.

We’re hesitant to highlight any event which puts our fate in the hands of others, but if we are going to get more of them, let them be more in line with Rock ‘N’ Roll or Fall Ball. The former has a clear goal which even the chunkiest tools in the shed can follow, while the latter allows Rocket League players like us to put their skills to use, heading the ball in from the halfway line.

Read more: Fall Guys tips and tricks to help you grab that crown!

Solid levels that a bean can take pride in qualifying through.

Not the worst of the bunch, but we’d still never pick them, given the choice.

Those were our picks for the best and worst levels in Fall Guys: Ultimate Knockout. Have we done your favorite minigame a disservice? Let us know why you love it so much in the comments below! Otherwise, head over to our Fall Guys hub for more guides, news and features for this royal rumble.