343 Industries has provided a statement regarding the nature of their decision to push back Halo Infinite until 2021. 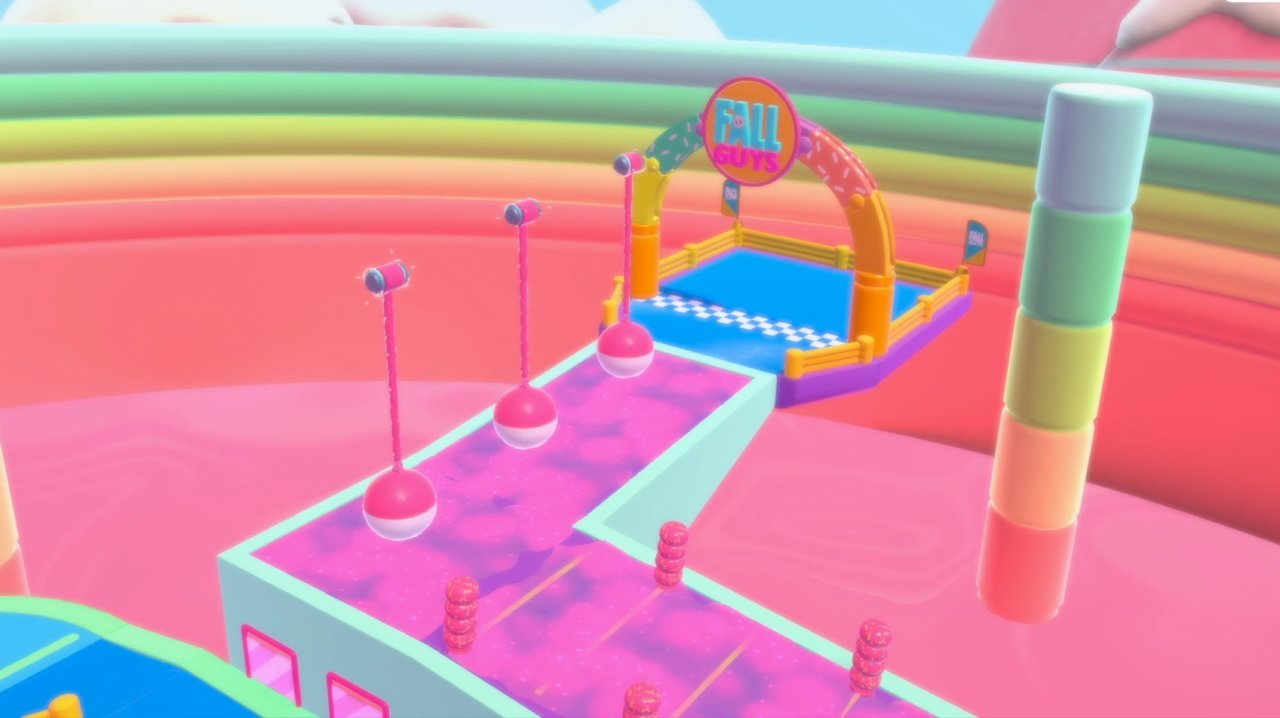 Find out about the new Jump Showdown level in our Fall Guys patch notes for the August 13 update.

Slime Climb – just the name of it is enough to send a wave of fear shuddering down the spine of most Jelly Beans. That’s assuming Fall Guys’ characters actually have spines of course. We’re off track; the point is, Fall Guys’ Slime Climb level is hard. Among all the  races, team games and survival competitions, Slime Climb stands apart as the only level capable of culling player counts from over 30 to single digits.

The good news is, if you can consistently beat Slime Climb, you’ll almost always get a shot at a final right afterwards, making it a good level to master. To save you from one too many dips into the pink goop, we’ve put together a guide for how to beat Fall Guys’ Slime Climb level so you  can qualify for your chance at the crown.

If you want to beat Slime Climb in Fall Guys, it pays to get ahead of the pack. To that end, the first corner is one of the most important. There’s a shortcut you can take here, and you might have seen other players do it. As you approach the very first turn to the left, you can jump up on the triangular bouncy pad to launch up to the next level. You should jump late, and if players are swarming the pad you might want to wait a second to avoid being knocked about.

When you’re up to the rolling balls, stick to the right side. You can duck into the gaps if you need to dodge, but even if you’re hit, you shouldn’t be knocked far. The key is making sure you don’t get knocked down a level. When you’re near the end, you can turn into the last gap on the right and jump up to the platform from there, shaving a bit more time.

On the treadmill section, stick to the right again. You can afford to move over this slowly, so spend most of the time running to the right and make sure you only get bumped up the treadmill by the pink towers, not down. Avoid jumping here as it'll often cause you to fall over.

And so we reach the great destroyer of lives. The beams are by far, the toughest section of Slime Climb, but there is at least one trick to make your life easier. It really pays to get here early, as they’re much easier to pass when not swamped by players. You do not need to jump on the first beam. Save yourself the risk of falling off by simply lining up and walking onto the first beam straight. Get to the end, turn, and only jump when you’re facing the right direction for the second beam. You might fall a couple of times, but if you’ve taken the shortcuts you should be ahead of the pack enough to take your time.

The next two sections are pretty easy. For the hammers, make your way forward between the right and central rotating hammers and you should be able to avoid getting knocked far. Then take your time between the moving walls. Sometimes they line up to let you pass them all at once, but don’t push it. Stop and wait in a gap if you need to.

Okay, you’re on the final run, but don’t get cocky. The final slippery platform is the second easiest place to get eliminated if you rush. The bumpers and swinging balls here can easily knock you off the level, so move through this space very slowly, sticking to the middle. You can use the shadows of the balls and bars to see where they swing.

One final and crucial piece of advice: if someone is waiting near the end of Slime Climb, theywill try to knock you off. Your best bet in this case is to jump and then dive (X, then Square on PS$ - full controls guide here) to get over them. If you get grabbed, do not mash buttons or you may be sent flying. They will automatically let go after a brief delay.

Congratulations! You qualified and beat Slime Climb in Fall Guys. Once you’ve mastered this level, you’ll be giving yourself a go at chance to win so many more crowns thanks to reduced player numbers. If you’re after more Fall Guys content, why not celebrate your win by checking out some brilliant Fall Guys fan art? It’s sure to put a smile on your jelly bean face. Otherwise, check out our full tip and tricks guide to get ahead on the other levels too!