Multiple Xbox Series X controllers have found their way out of hiding with references to new next-gen console on the packaging. 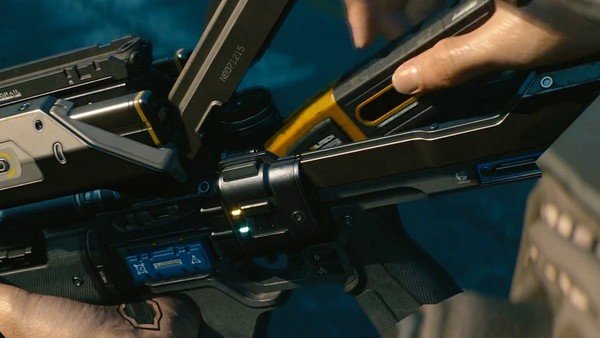 But there's no change to the benefits right now.

The latest episode of Night City Wire has shown us more of Cyberpunk 2077's weapons and the background you can choose for yourself at the start of the game, when it arrives on November 19.

Lifepaths are the three prologue choices you can pick between for your characters background at the start of the game. Where you came up in the world affects how you can interact with it through the main game of Cyberpunk 2077.

Streetkids know more about illicit substance and dealing, which can help them gain more information from the lower rungs of Night City. Nomads value family above all else, in the badlands, but for some reason you left your enclave to come to this abhorrent urban hellscape. Corpos read between the lines, opening up new options when talking to higher-ups, executives in the corporate orgs like Militech and Arasaka.

This episode of Night City Wire also showed off the weapons you'll be able to equip yourself with in Cyberpunk 2077. There are guns (lots of guns) and melee weapons like swords and katana, but also "cyberware" – enhancements for your arms like the Mantis Blades shown off in the very first teaser trailer for the game in the year 2013 AD.

There are three types of guns in the game, Tech weapons like the Tsunami Nekomata sniper rifle which uses electromagnets to power projectiles silently, through walls, like a railgun; Power weapons like shotguns that can ricochet buckshot off walls and around corners; and Smart weapons which can have some amount of target tracking and other cheatworthy upgrades.

All weapons have a rarity, from Common to Legendary, with the top end Legendaries equipped with unique weapon attributes. These super-rare weapons may have specific quests to obtain them, or be owned by unique characters who you'll have to make the difficult choice to kill or not to get their weapon. They might be better to keep around as a friend.

These weapon types have a number of models of guns, as well as mods (like software chips that change the gun's stats, or armor penetration and non-lethal rounds) and attachments (like scopes, silencers, magazines and rail-mounted lasers).

If you'd like to find out more about Cyberpunk 2077, check out the rest of our coverage to prepare for your journey into CD Projekt Red's futuristic RPG when it releases on November 19.