Hold on to your Crystal Skates, Temtem is coming to PS5! 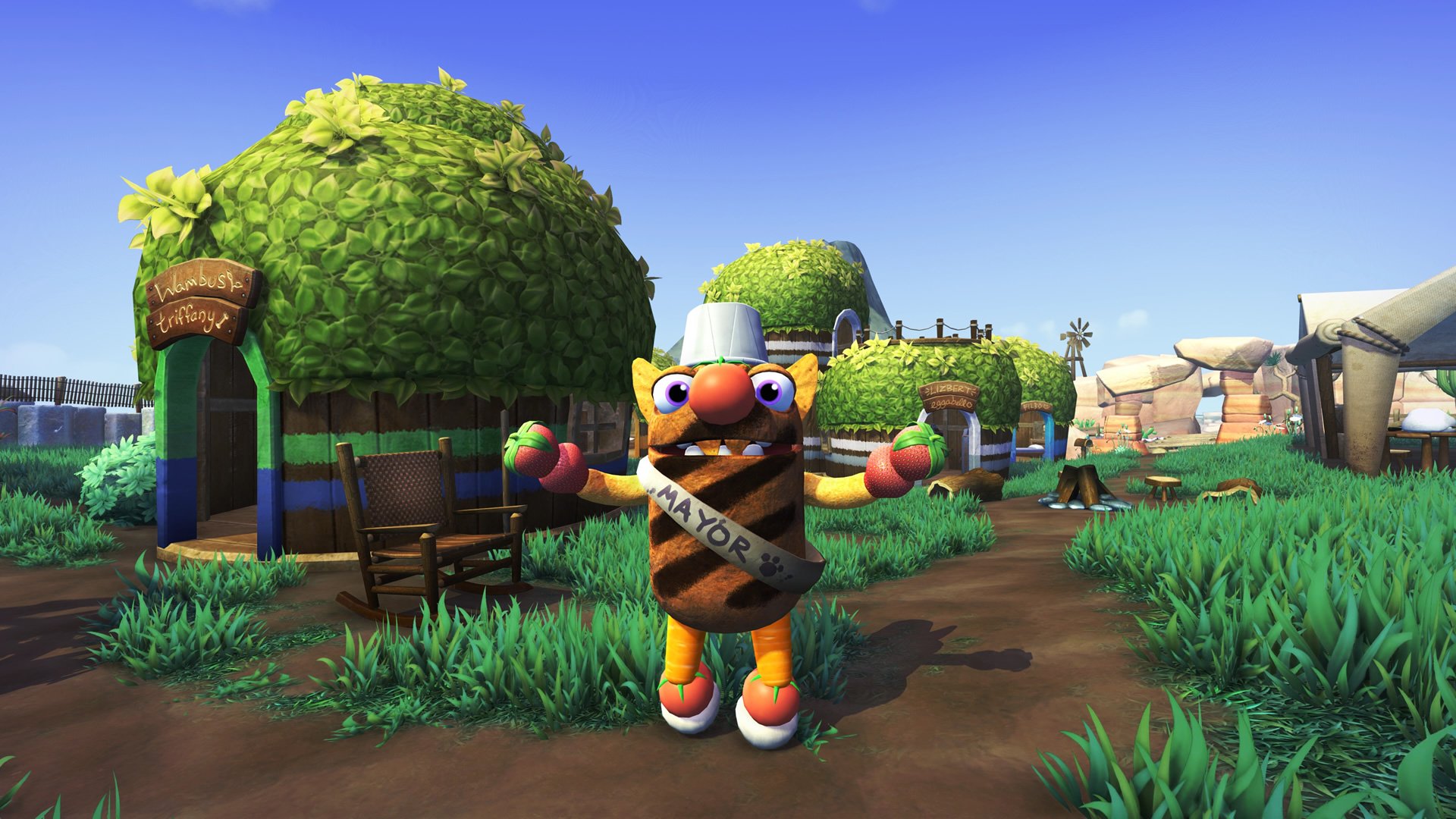 Celebrate one of the greatest indies of all time by buying the new and improved Anniversary Edition for PS4 in 2021.

The gameplay trailer for Bugsnax highlights some of the ways in which you can catch yourself a tasty treat, like a strawberry with eyes. Oh, it also lets you know that you’re playing as a journalist working on a Bugsnax story who gets caught up in helping the residents of Snaxburg do various chores and activities.

The trailer shows a variety of ways in which you can capture Bugsnax, help out residents, and interact with the world around you. It looks like a hybrid between an RPG, a creature collection game (like Pokemon but scarier), and potentially a farming sim as well.

We see a few new Bugsnax make an appearance in the trailer including a crawling carrot called a Rootle and a giant flying pizza butterfly. If you were hoping Bugsnax was going to look a little more normal with additional footage shown, it’s quite the opposite.

We’re really curious to play Bugsnax and experience this weird, cute, horrifying, fun little indie game for ourselves. Fortunately, we won’t have to wait too much longer for answers to all of our Bugsnax questions as the game is projected to release Holiday 2020 for PlayStation 4, PlayStation 5, and PC via the Epic Games Store.

While we wait for the release of Bugsnax, we’re curious to hear your thoughts on the new gameplay trailer. Is it along the lines of what you were expecting, or is it weirder than you thought it would be? Comment below!