Rounding up the best #ScreenshotSaturday clips of the week. 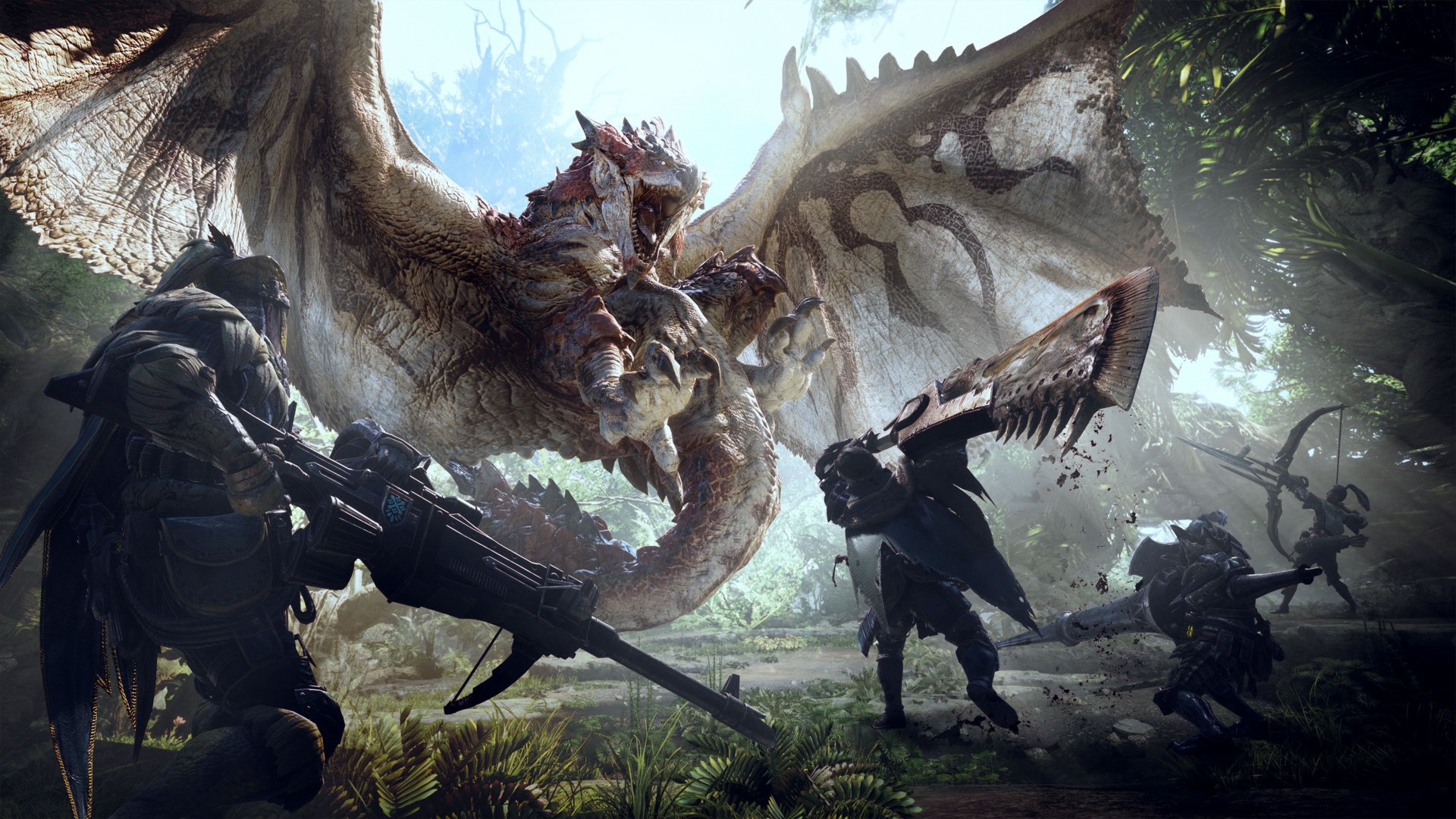 Switch is also crushing it in Spain

At some point in Monster Hunter World you're going to be faced with the difficulty of not actually killing the monster you've tracked down. A true monster hunter should be able to capture their prey as well as kill, and as usual that's another layer of difficulty to master. We've got you covered though, as here's everything you need to know about catching monsters (big and small) in traps, nets, pitfalls and everything in between.

How to catch big monsters in Monster Hunter World

There are two items you'll need to capture any large monster in Monster Hunter World: a trap, and a tranquilizer. Both come in a few different forms, but which ones you choose to use is mostly a personal preference – though sometimes it can be more effective for different monster types. To trap a monster, you'll need a shock trap or a pitfall trap, both of which can be crafted using a Trap Tool (available from the Provisions Stockpile) and either a Thunderbug or a Net (spider web + ivy). Then, while it's trapped, you'll need to hit it with a tranquilizer – either a tranq bomb (crafted with sleep herbs + parashrooms) or tranq ammo for whichever ranged weapon you are using.

The good news is that if you're heading out on a mission or investigation specifically to trap and capture a monster, the Item Supply Box will have a couple of these in there for you to take with you, but thanks to some skittish monster behavior you can sometimes fail so it's best to have multiples ready.

Now that you're stocked up, head out and track down your prey and begin punching it like usual. You're going to want to do quite a lot of damage to the monster, but be careful not to kill it. Once you've had a couple of battles and it's running off again, check to see if it's limping. If it is, then it's wounded and vulnerable to trapping, this is the capture phase of the fight.

Some monsters will try to head to a nest or somewhere to recuperate some of that health you've robbed them of. Follow them to this place and get ready with your trap. Equip it using the left bumper/L1 and rotating through the item menu until you have the trap, then place it directly at the monster's feet. It should be stunned (by electricity or a big hole opening up in the floor) and this is the window to tranq it.

Use your tranq ammo, or switch to the tranq bomb using the item wheel again. Tranq bombs get thrown straight at your feet, so stand right next to the monster again and smash them with some sleepy dust. This should be enough to put them to sleep but if not keep throwing bombs at the ground until your task is complete.

How to catch small animals in Monster Hunter World

Not every creature you might want to catch in Monster Hunter World is big enough to warrant a huge pitfall trap or bashing with a huge dose of sedatives. Some of the smaller animals and insects in the world can be brought back to camp for research points and also keeping as a pet in your room.

To catch these small creatures, such as the Woodland Pteryx, you can use the capture net. The capture net is a special item with infinite uses and is always in your inventory. You can select it through the item rotation, or assign it to a shortcut on the radial menu. Once you've equipped it, it takes the aiming and firing controls of your slinger.

Use left trigger to aim the net and then right trigger to fire it. The reticle will change to orange if the creature you're aiming at can be captured by the net, and it will only take a single successful netting to capture. The range of your throw is kind of pitiful, however, so try to get as close as you can without spooking your target. It also helps to aim a little above them as the net will drop to the floor in an arc.

Once you've captured a creature, you can head back to the Housekeeper in your room back at Astera and choose it as a pet. The Housekeeper is that cat you can talk to to get to the training area for weapons. Pets don't do much but roam around your room, and if you choose to rest on the bed you'll feed them and pet them for a little bit. That's pretty much all pets are for in real life, too.