Read the full patch notes for the 1.4.1 update here and wave goodbye to your gorgeous foliage. 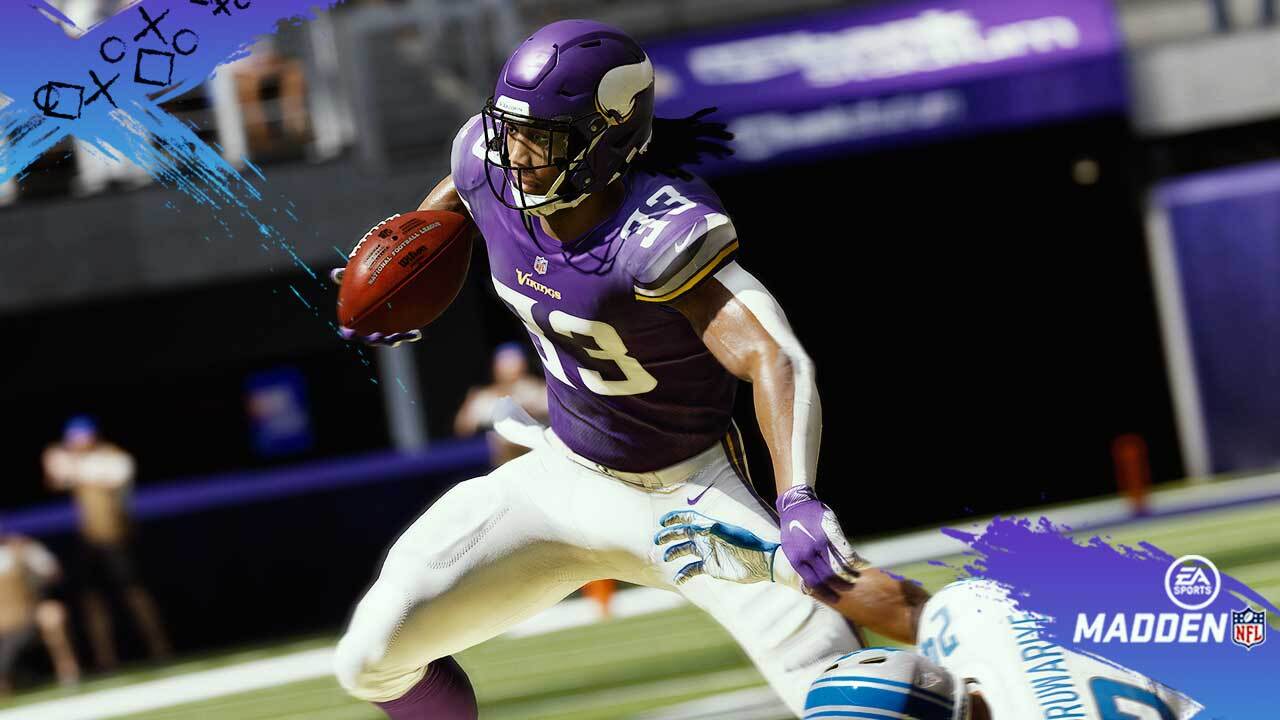 The release date was delayed, but rest assured, you won't have to wait too long to enjoy all the chaos and mayhem Serious Sam 4 has to offer.

Madden 21's best players are now known entities, thanks to the player ratings being released ahead of the game's August 25 release date. However, with the NFL also putting out their appraisals of who they believe the top 100 players of 2020 are, who are we supposed to believe?

The difference between the real world and the virtual one is crystal clear when comparing what the sports league's representatives think of their players, and what EA's analysis turns up. But are there any massively undervalued players in the top 10?

Here are the top 10 entries in the NFL's top 100 players of 2020, and how they compare to their Madden 21 rating position. Do you think any of them have been passed over by EA's talent scouts this year?

2019 NFL rushing yards leader Derrick Henry has been sorely misrepresented by Madden 21's player ratings leaderboard, according to the NFL. After only just sneaking into last year's NFL top 100 at position 99, he's made a huge leap up to the top 10. But on the boards of EA's scouts he's languishing in the 30s with an overall player rating of 93. His improvement since last year has earned him 10 points on his overall, up from 83 in Madden 20, making it one of the highest RB ratings in the game (second only to McCaffrey who we'll be seeing soon), so it's not a huge discrepancy when taking all the other second-place players in their positions into account.

Super Bowl 53 Champion and 3x Pro Bowler, Stephon Gilmore is a little more highly valued by the NFL than their licensed video game. On the up and up, he's pushed into the top 10 of the NFL's list this year, compared to his 22 placing in 2019. Achieving the theoretical maximum overall rating of 99 this year, up from his 94 in last year's Madden game, Gilmore is looking like the first pick for anyone needing to fill out the cornerback position.

Almost dead on for this four-time Pro Bowler, DeAndre Hopkins finally makes his top 10 appearance in the NFL top 100. The Cardinals Wide Receiver has been hovering in the teens for the past four years, consistently putting in the yards to finally earn his spot in this year's best-in-class. Madden's ratings list him as the second-best WR in the league, with an overall of 98, which is actually slightly down on his maximum 99 rating last year. Confusing, we know, but it doesn't change the fact that he's still one of the best pick-ups for your passing game.

Two-time Pro Bowler George Kittle could trade Madden position with DeAndre Hopkins just for the peace of mind of having a couple more perfectly calibrated picks between real life and the virtual field. The 49ers' tight end has jumped up from 29 in last year's NFL ratings, represented by his Madden rating improvement from 90 to 98, making him the best tight end in the game.

A slight overestimation (and grouping of similar overall ratings) puts 2019 Pro Bowler Christian McCaffrey four places above his NFL top 100 rating. But there's no question that he belongs at the top of the list. Last year's all-star capped his season with 19 touchdowns, over 1,000 receiving yards and almost 1,400 rushing yards, surpassing Derrick Henry as the best running back in the league. His meteoric rise, from his rookie 2018 year to his 42nd place position on last year's NFL top 100, means he's without doubt the best runner you could have on your side in Madden 21.

Up from 81st in 2018 and 13th last year, the 2019 NFL Offensive Player of the Year Michael Thomas has finally cracked the top 10. Saints wide receiver Thomas has hit the theoretical maximum Madden rating of 99, with his awareness and catching stats maxed out, perfect for connecting on the end of those Hail Marys. If you get a chance to recruit Michael Thomas for your team in Madden 21, it's a no-brainer. He's the best WR in the game.

The perfect match. Not only between his Madden 21 rating and his NFL Top 100 rating, but also because he's retained the #4 spot since 2019's Top 100 list, too. Consistency is the key to a great quarterback, and Mahomes has it in spades. Winning this year's Super Bowl with the MVP badge couldn't have hurt, either. Excellent awareness and agility stats, for evading sacks, and of course an arm like a cannon with 97 throwing power. That's second only to Buffalo's Josh Allen who regularly throws 80-yarders in warm-ups. However, despite being the best QB in Madden 21, the NFL doesn't think he's the best in the league.

Challenging Mahomes at the scrimmage will be two-time Defensive Player of the Year and 2018 NFL sacks leader Aaron Donald, who is still at the top of his game. Though dropping two places from the top spot in NFL's Top 100 list last year, Donald secures the best rating in Madden 21 to keep his crown. He also keeps his 99 overall, with maximum strength and awareness for fighting through to the backlines.

There haven't been too many out-of-position players between the two lists so far. All more or less top 10, with the exception of Derrick Henry though his stats are still good. But in Seahawks quarterback Russell Wilson we see the first conflict between real-life and the virtual world. Wilson's NFL estimation as the best QB in the league is at odds with his 97 overall rating, two points short of Mahomes. A slightly lower throwing power for the Super Bowl 48 champ, but otherwise equivalent stats in most categories. Is Russell Wilson the most undervalued player in Madden 21? Almost...but then...

That's quite the discrepancy, right? It's not just us, 28 places is pretty off base, even if you count all the runners-up for every position. But even if you weren't accounting for that, two of his fellow quarterbacks are listed above him in Madden 21's ratings, yet he tops them both here. Perhaps it's a little of playing favorites, what with Jackson being crowned the 2019 NFL MVP last year. But his 94 overall rating in Madden 21 (sunk by a 26 catching rating) seems on the low side for the supposed best player in the NFL.

Do you think Lamar Jackson is the most undervalued player in Madden 21? Let us know which players don't deserve their rating as you theorycraft your team before the game comes out August 25.