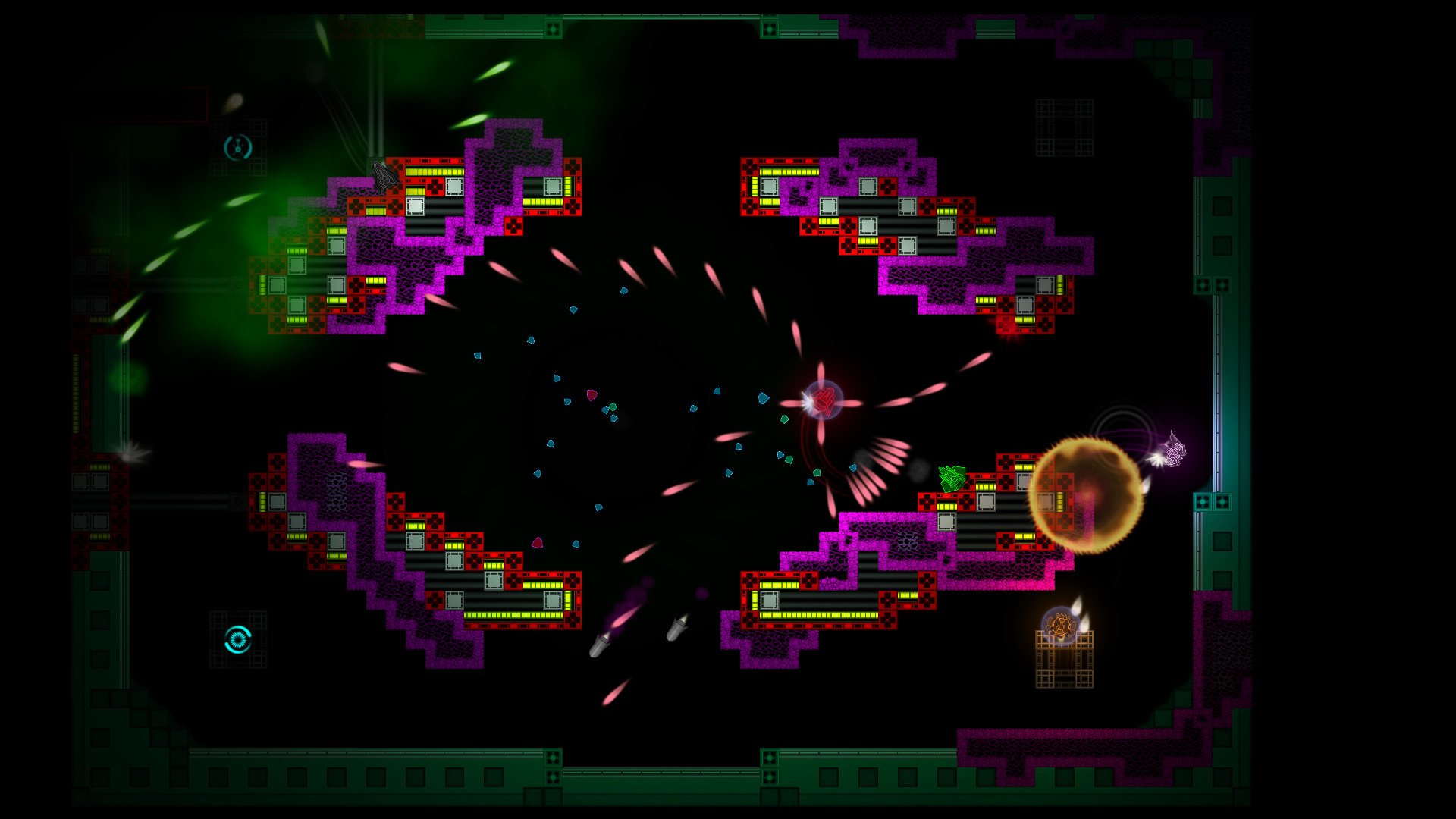 Every Saturday, studios and individuals the world over take to Twitter to share images and videos of their games in development as part of #ScreenshotSaturday. It’s a fantastic celebration of how widespread and varied game creation has become, not to mention a great way to keep an eye on upcoming gems or spot incredible artwork. Collected below are some of the coolest stills, gifs and videos from this weekend which we’ve gathered for your perusal pleasure. This time round we've got 2D going 3D, the bleak future of the past and more. What on Earth's going on?

So, time for #skellboy to make use of It's flat artstyle to skip on animation work! New enemy by @sabbi_tabbi , this knight took a lot of time and I love it <3! #gamedev #indiedev #madewithunity #pixelart #lowpoly #umaikigames #screenshotsaturday pic.twitter.com/hZ2kXINwnM

How well does 2D art translate to 3D? Pretty darn well if Skellboy is anything to go by. Extending sprites into a chunky third dimension, Skellboy’s artists have created a stunning style that’s both charming and intrinsically funny as you watch the 2D characters bob around their 3D environments. Enemy and world design looks to take inspiration from a wide range of titles including Paper Mario, Zelda, and even Super Meat Boy, while creating its own, distinct look. We can’t help but love it.

According to Umaiki Games' website, the full game will see us take Skippy the skeleton on a journey “to fight off Squaruman's endless forces of undead and vicious foes in this rectangular action packed cardboard adventure!” There’s plenty of chance to upgrade Skelly along the way, making use of enemy body parts to enhance both your outfits and weapons. Skellboy is currently listed for an early 2018 release on PC, so hopefully we won’t have to wait long to rattle some bones.

If only painting was that easy in real life! Eastshade is a relaxingly-themed game of exploration, letting you roam a small island as an artist, capturing the sights on canvas and interacting with the locals. You’ll be able to sell or trade your artwork with the island’s inhabitants to gain items and the knowledge needed to explore further, or simply earn a few friends along the way. We love the way the painting melds into focus on the canvas, and can’t wait to try out such a unique mechanic.

Check out the official site for more background information, or to sign up for email notifications when more news arrives. Developer Danny Winbaum runs daily(ish) streams on the studio’s Twitch channel, showing off the more interesting aspects of the game’s development. If you’re an aspiring developer, it’s a great chance to watch an experienced hand at work.

High quality reflections and smooth hair animations are territories typically left to the high-budget realm of AAA games, but Stefano Valerian shows here just how gorgeous 2D pixel-art can be with hard work and a whole lot of frames. Stefano used over 26 frames to give his character’s hair a flowing beauty, reflected beautifully in the gently lapping water.

There’s not much information available so far, but we’ve been able to eke out the fact that Stefan wants to create a metroidvania game with heavier emphasis on story. He’s said that more updates are on the way soon, so be sure to give him a follow if this piques your interest. Screenshot Saturday also gives those new to the business a chance to collaborate and get feedback on their work. It’s great to see different artists asking each other for advice in Twitter threads, working together to further everyone’s skills.

I spent some time this week on more lighting/shadowing and extreme foreground layers. #screenshotsaturday pic.twitter.com/QM1wxEObkr

Are you feeling lucky, punk? No? Well you should be, because Black Future ‘88 is on the way to fill all your cyberpunk cravings. Set in the distant and unknowable future of 1988, you’ve got to scale an enormous tower, killing everything in your path before your heart explodes. The weaponry on offer looks extra meaty, lighting up with a neon buzz as you zip your way between enemies. The gameplay looks like a mix of lightning-fast gunplay and tricky platforming, dodging between deadly traps as you make your ascent. The levels are procedurally generated, and the game will make them tougher and tougher until it finally kills you.

The game will be fully playable in co-op with a buddy, and will scale up the difficulty to match your added powers. Although, from the looks of the trailer you’ll be just as likely to kill each other as your mutual enemies — just the way we like it. Black Future ‘88 is planned for release in 2018, and while we couldn’t find details on the platforms you’ll be able to buy it, you can sign up on the game’s website for news of an upcoming demo release.

We’re rounding out this week by celebrating the end goal of the hard work developers share with us each and every Saturday. Sure, developers aPriori Digital might be bending the rules a bit by not sharing a snippet from within the game, but we’re more than willing to let it slide as they prepare for the launch of Aperion Cyberstorm.

Creating a game can be a tough process, particularly towards the latter stages, so we’re always pleased to see indie titles make it to market after years of hard work. aPriori Digital have done better than most, with a release set not just for PC, but on WiiU and Switch, too. Nintendo’s latest hybrid has proven fertile ground for indie titles, and we’re thrilled to see it bring titles like this to a wider market.

Aperion Cyberstorm is a co-operative twin-stick shooter launching on Nintendo Switch, Wii U and Steam, February 8. You and up to four friends take control of space ships and battle through four different, bullet-hell planets, blasting through enemies and collecting power ups along the way.  There’s a full campaign to play through, as well as the endless Onslaught horde mode and competitive Versus mode which lets you face off in arenas against friends or AI. Check out the game in action during the trailer below: