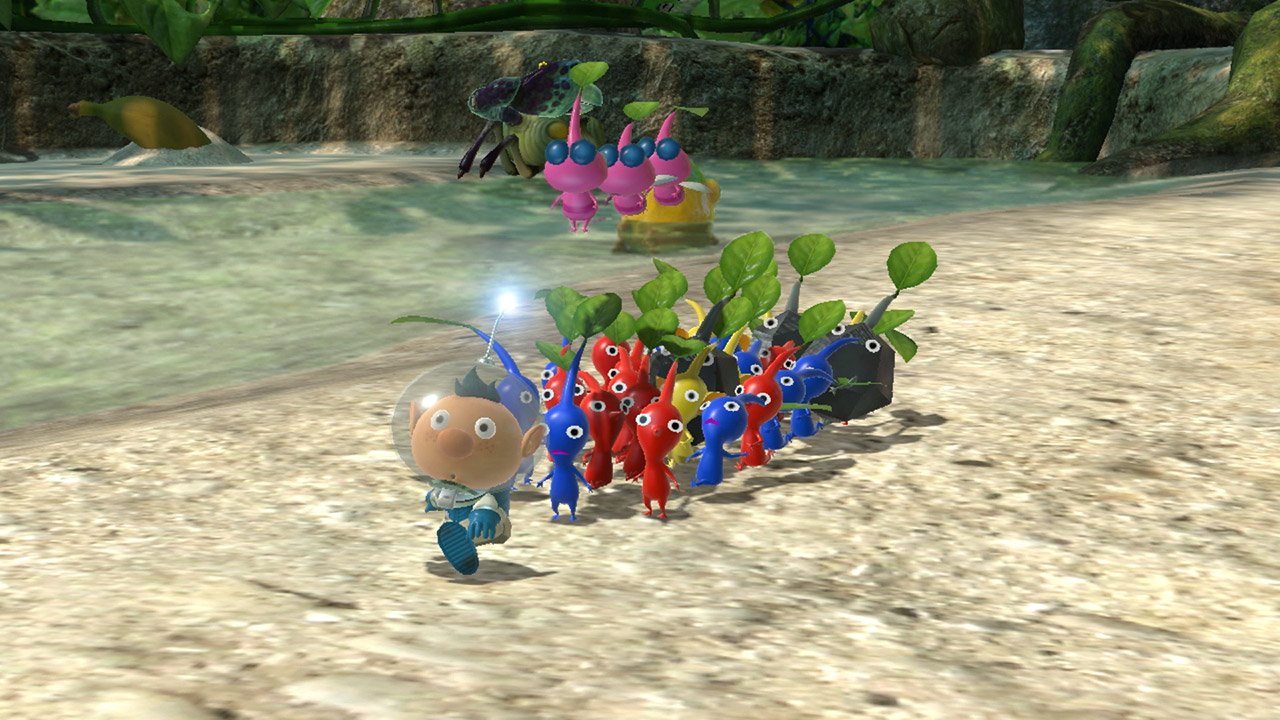 Prepare to die a lot in this brutally difficult indie game when it's released on August 18.

Nintendo shared an exciting announcement this morning regarding the Pikmin franchise. While Pikmin 4 is still in development, Nintendo Switch owners are getting a “new” Pikmin title this October, Pikmin 3 Deluxe.

It also has new features for Pikmin fans to enjoy including new side missions with Olimar and Louie, several difficulty settings, optional hints, lock-on targeting, and co-op support. That’s right, if you want to play Pikmin 3 with a friend you can as Pikmin 3 Deluxe’s campaign will fully support two-player co-op.

You can play all of the DLC content for the game and all of the new side missions in co-op as well. Offering two-player co-op in Pikmin 3 Deluxe is a wonderful idea, especially with everyone stuck at home for the foreseeable future. If you’re a fan of collectibles, Pikmin 3 Deluxe includes a new Piklopedia feature.

Whenever you encounter something new while exploring planet PNF-404 you’ll unlock a profile for it in your Piklopedia. Whether you want to fill your Piklopedia completely, or use it to gain knowledge about a particular lifeform, the new Piklopedia feature sounds like it’ll be extremely useful!

October is typically known for the release of spooky games like Luigi’s Mansion 3 which released on Halloween last year, but Pikmin is a little different. Pikmin 3 Deluxe hits Nintendo Switch on October 30, 2020.

It can be a little scary exploring a planet full of strange creatures, but it’s hard to not find the colorful Pikmin cute. Just look at them, they’re adorable!

Pikmin 3 Deluxe will be a nice, cheerful game to enjoy solo, or with a friend as you stay safe indoors this Halloween. If you’re as excited for it as we are, you can pre-purchase Pikmin 3 Deluxe right now on the eShop for $59.99 (USD).

After watching the trailer and learning about the new features available in Pikmin 3 Deluxe, what are your thoughts? Are you excited to play Pikmin 3 on the Switch? What do you think of the October 30 release date? Let us know down in the comments below!