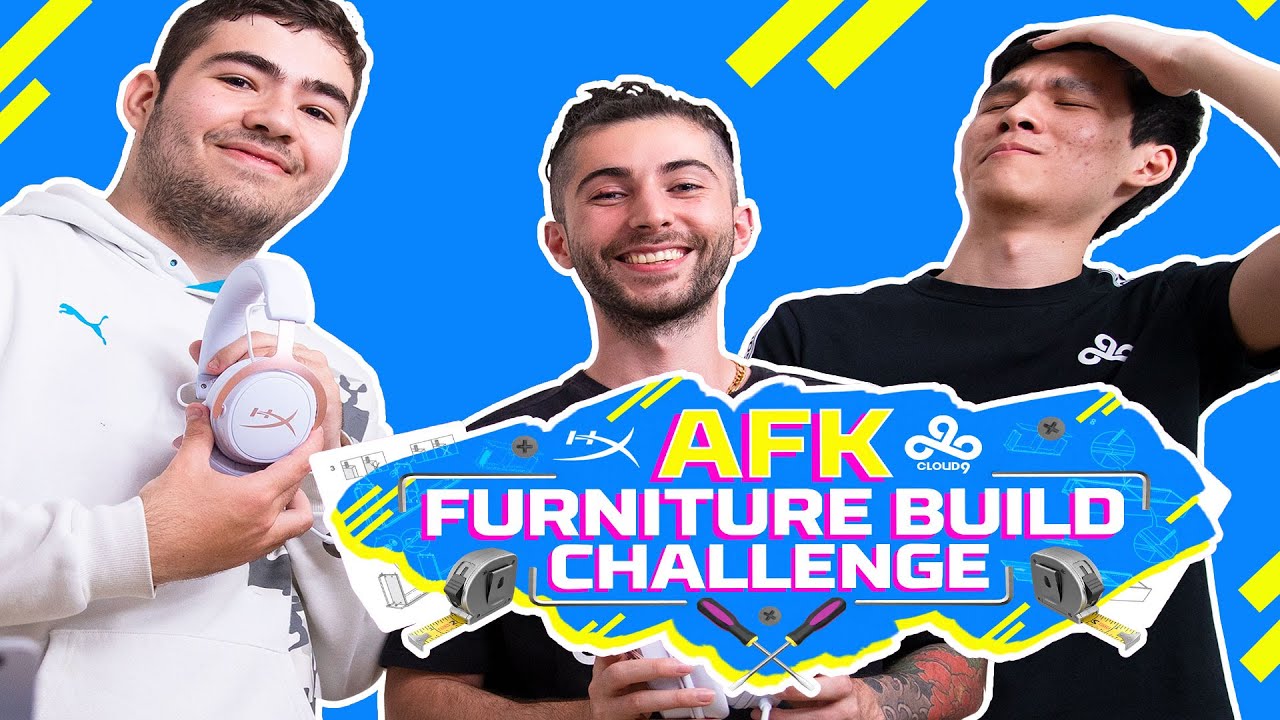 If you missed Pikmin 3 on the Wii U, you're getting another opportunity to experience this adorable gem of a game.

In League of Legends, teamwork is everything. If you don't trust the calls of your four compatriots, you might as well not be on the Rift at all. To work well as a team you need perfect timing and communication, anticipating their viewpoint of the game so much that they barely even need to say what they mean before you know it. But there are some limits to communication online, and HyperX devised a test to break those limits: flatpack furniture.

As anyone who has built furniture with a friend will tell you: it's tough. All the different screws and similar-looking planks that need to go into the right place in the right order, or eight steps down the line you realize a washer is in the wrong hole and you have to undo 20 minutes' work. But Cloud9's League of Legends Academy team are seasoned comrades, accustomed to telling each other how to pull of insanely complex flash combos on their opponents. So, HyperX added a little spice to the challenge by giving one person the instructions and letting them tell the others over voice comm how to assemble it. Results were: mixed.

Us: Hey @Cloud9, think you can build a gaming desk with no directions?

To give Fudge and Tomo a fighting chance in the HyperX AFK Furniture Building Challenge, the pair got five minutes to scan the instructions and then 30 minutes to build a desk, with a lifeline of calling their teammate Inori in the other room who will be looking right at the instructions.

Memory, communication, problem-solving, logic, it's all the qualities that should make an intelligent esports pro. Fudge and Tomo started off strong with a strategy to learn the most complicated part of the build: the tiny differences between the screws. Fudge, claiming to be a visual learner, got a good look at all the pictures, which meant they understood that each major piece was represented by a letter and they knew the overall shape they were aiming for. It was a desk.

With 15 minutes left on the clock, they call in their lifeline, Inori, who spends half of their minute-long call berating them. This sends the pair into a hilarious spiral as they struggle to remember anything useful they learned from their team-mate. With a minute left, they finally break. Inori examines their work to find that it only barely resembles a desk and falls apart at the slightest touch.

Do you think you could do better at the HyperX AFK Furniture Building Challenge than pro LoL players? Who would you like to see attempt to put together a piece of gaming furniture next?