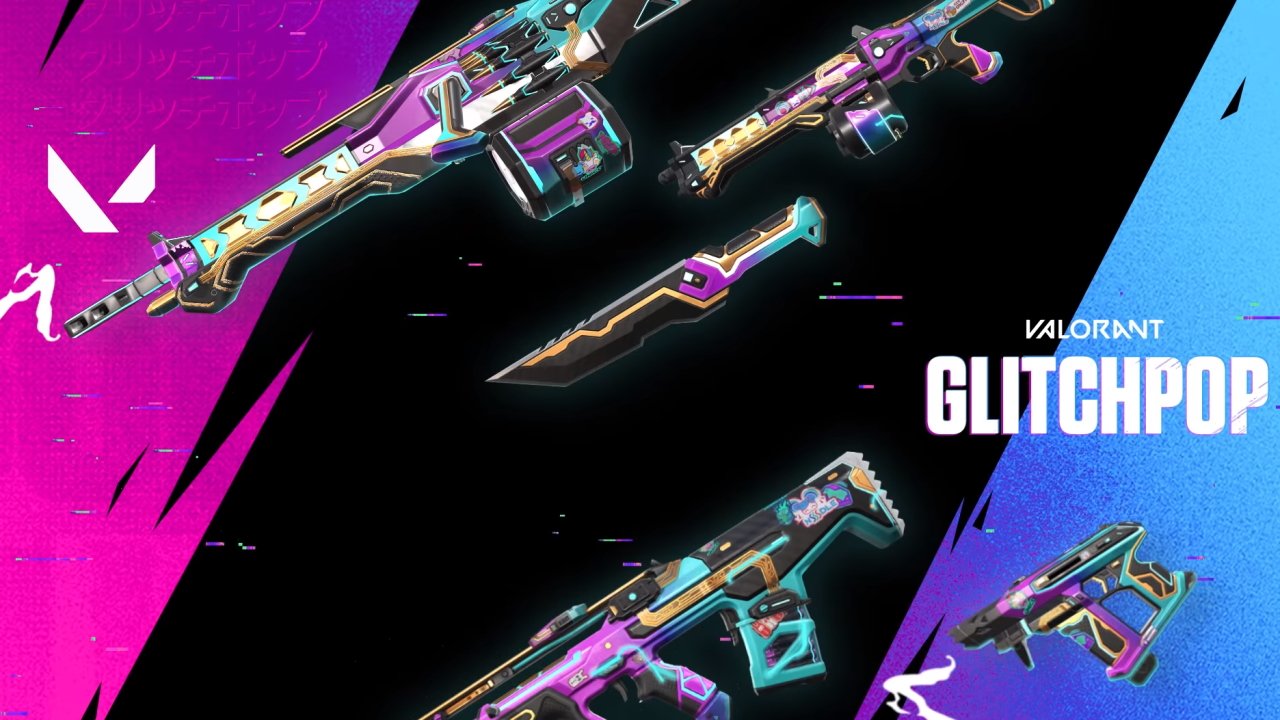 The next bundle of skins to arrive in Valorant’s store in the Glitchpop pack, which brings neon anime-inspirations to the weapons you wield.

The new skin pack arrives today, August 4, as part of Valorant’s Season 2 launch. You might need to mute the voice over in order to watch it, but the official reveal – an advert mocked up as a fake advert – shows several of the skin close up and even gives us a little glimpse of them in action. We’ve captured images of each below for easier, less ear-destroying viewing as well

As with other bundles, the Glitchpop skins can be upgraded via Radianite Points through seven different levels, adding special inspection, reload and kill animations. Naturally, you’ll need to spend more to get said Radianite points.

Here’s how much the Valorant Glitchpop skin bundle will set you back, as well as the price of each individual skin in the pack:

If you purchase the whole bundle, you’ll also get access to a Glitchpop card, gun buddy, and spray. The overall pricing is similar to previous bundles, despite complaints over the exorbitantly high cost (1,000 VP is roughly $10, meaning the bundle costs around $87). Riot doesn’t seem likely to change their model any time soon, no matter how many players are put off by it.

And there you have it, the new Glitchpop skins and their prices in Valorant. Has the advert disguised as a fake advert work? Will you be picking them up? Share your thoughts in the comments below. For more Valorant content, click here to visit our game hub page.