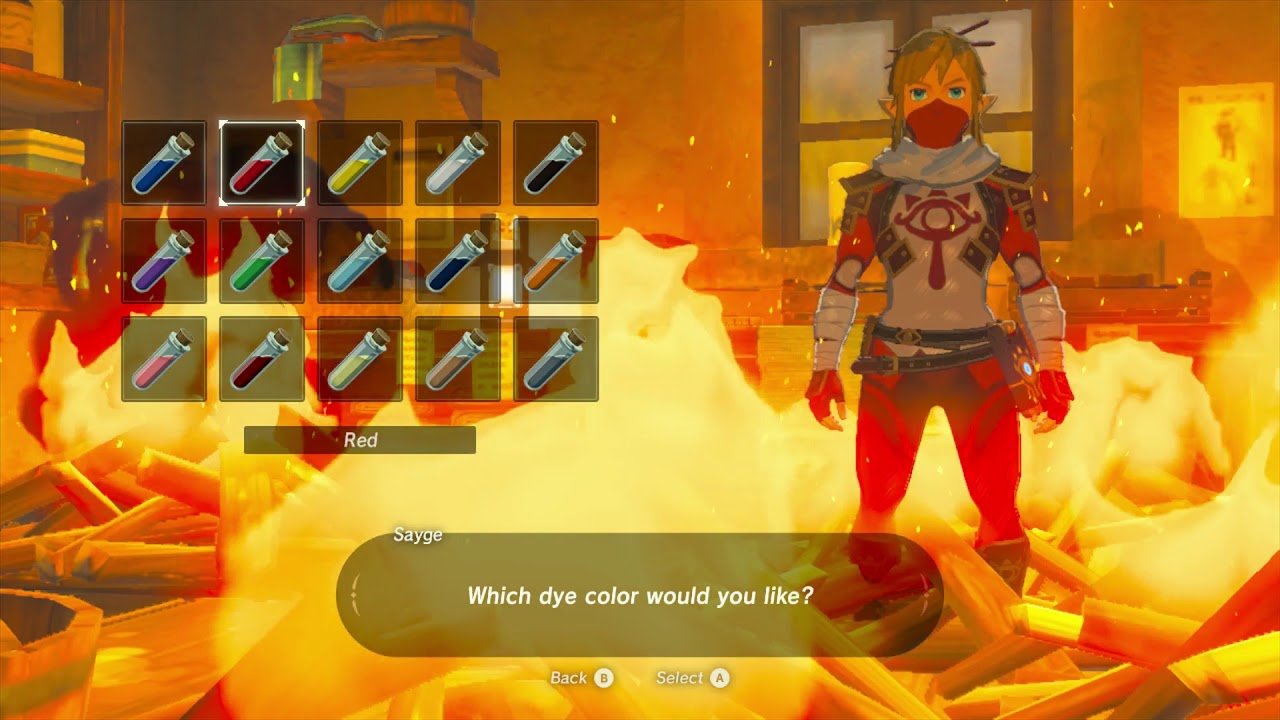 Can they dunk on the competition?

The author of acclaimed novel The Boy in the Striped Pyjamas has accidentally included ingredients from The Legend of Zelda: Breath of the Wild in his latest book.

Irish novelist John Boyne, who reached top of the New York Times bestseller list with the 2006 fictionalized Holocaust story, has just released his latest historical story A Traveller at the Gates of Wisdom. The book tells a multi-faceted story over 2,000 years of human endeavor, from 1AD, during which at one point a character sets out to poison Mongol conqueror Attila the Hun with ingredients from dying clothes.

Unfortunately for Boyne, during his research about the types of items that might find their way into clothing dyes, he appears to have stumbled into a number of guides for dying clothes in Nintendo's 2017 game Breath of the Wild.

OKAY. This is a thread, but it’s worth it I promise.

On Reddit today, user u/NoNoNo_OhOhOh posted a page from acclaimed Irish novelist John Boyne’s latest book, ‘The Traveller At the Gates of Wisdom.

A passage lists dressmaking dyes that include: "sapphire, keese wing, the leaves of the silent princess plant, Octorok eyeball, swift violet, thistle and hightail lizard." All are ingredients used to dye Link's outfits at the dye shop in Hateno village. Later in the same paragraph, the 49-year-old author lists ingredients for a red dye as "red lizalfos and four Hylian shrooms", both of which appear in a bulleted list from a Polygon guide, surfaced in a Google search for "ingredients red dye clothes" that author and podcaster Dana Schwartz unearthed.

Schwartz originally drew attention to the passage on Twitter, after a Reddit user pointed out the bizarre inclusion in a thread there. When Boyne became aware of the mistake he had made, particularly after Schwartz pointed out how it came about, he owned up to his hilarious, though slightly sloppy, research error.

LOL that is actually kinda hilarious. I'm totally willing to own it. Something tells me I'll be telling this anecdote on stage for many years to come...

Boyne took it in good spirits, joking later with Schwartz: "Note to self: never talk about poisons in a novel again." If you're looking for poison ingredients, probably best not to rely on the Google snippet. And if you're looking for ingredients to use in Breath of the Wild dyes, you don't really need to use Google. Just use cheap items that are the same color as what you want your clothes to be.