The Free for All Season One update includes a new premium season pass and multiple new levels. 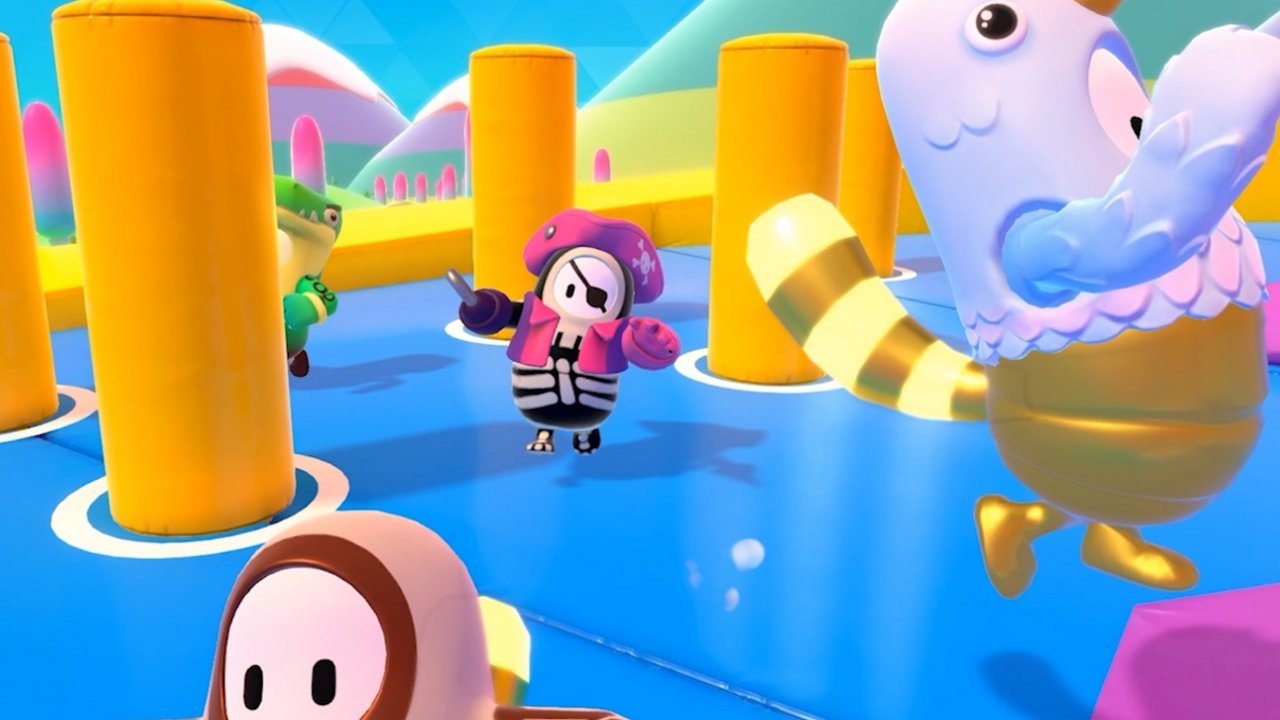 If you want to take a shot at the crown, you’d best know how to control your little bean-person. Not a saying you hear often, but Fall Guys: Ultimate Knockout managed to pull it out of us. This Total-Wipeout-inspired battle royale is an utter blast, but in the heat of the moment you don’t wanna be fumbling over how to jump, dive or grab. To that end, we’ve put together a quick Fall Guys controls guide that’ll inform you of all the buttons you need. Don’t worry, there aren’t many at all!

Fall Guys: Ultimate Knockout only has a few controls to worry about, but the action is so hectic that it really pays to learn them in advance. A well timed dive can get you over the finish line ahead of the competition, and grabbing is essential to certain levels and modes (read a full list of levels and modes here!) Here are the full PS4 and PC controls (both keyboard and Xbox controller).

And that’s the full set of Fall Guys controls for PC, Switch, PS4, and Xbox! Make sure you pay particular attention to how to grab. There are several levels that require you to pick up balls or grab onto ledges. In both cases you just need to hold the grab button or key while grabbing or picking up. You’ll also need to press grab to collect the crown itself, meaning it’s crucial to winning the game! Practice diving as well, because while it’s slow when you hit the ground, it’s faster than running for that final leap over the line. It’s also extremely useful for pushing objects like large balls. Trust us, it’ll come in handy.