Find out when all the Fireworks shows will happen in Animal Crossing: New Horizons. 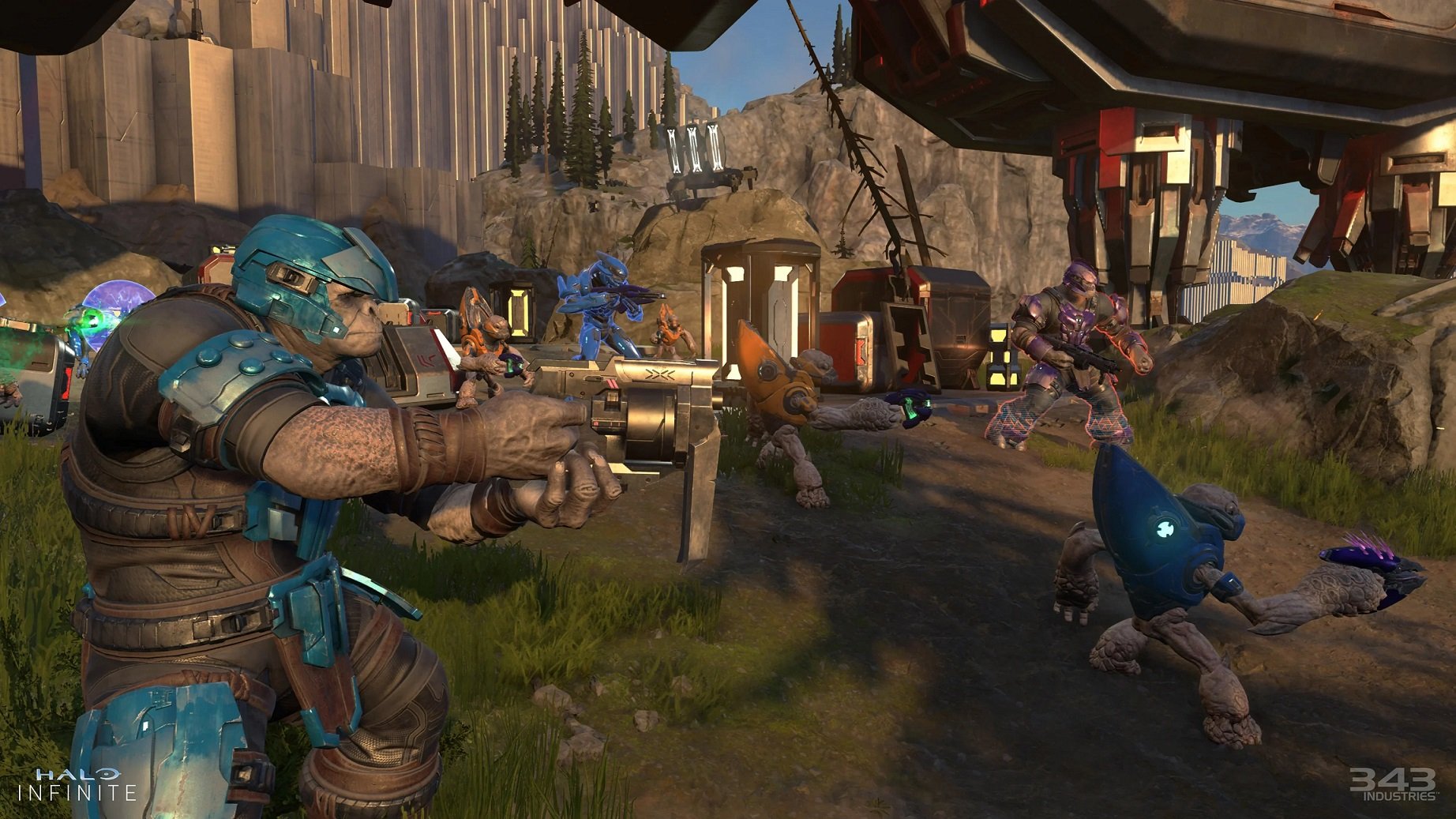 Halo Infinite multiplayer will reportedly be free-to-play, according to leaks through the website of a UK toy store seen today.

Smyth's Toys have added the Xbox Series X to their store page, and among it were details of Halo Infinite that have not yet been revealed by Microsoft, including a free-to-play multiplayer mode.

The listing, which has now been changed to remove any mention of Halo Infinite, also described the Arena mode as hitting 120fps on Xbox Series X.

Since everyone is covering this topic, I might just go ahead as well.

Insiders with a track record of proven leaks of Microsoft-owned studios have also hinted that there will be a battle pass system for the free-to-play multiplayer, as well as customization options that haven't been seen in previous games before.

Halo Infinite was one of the games shown off at Microsoft's Xbox Games Showcase last week, with an eight-minute gameplay demo giving us our first look at a next-generation Xbox title. The game will also come out on Xbox One platforms, though, so it is more of a cross-gen title.

As a result, some of the visuals in the gameplay demo were a little on the less-jaw-dropping end of the scale, something that 343 Industries addressed in a recent Q&A about the game.

"We’ve read your comments, we’ve seen the homemade examples of retouched content, and yes we’ve heard the Digital Foundry assessments," Halo community manager John Junyszek said in the post. "In many ways we are in agreement here – we do have work to do to address some of these areas and raise the level of fidelity and overall presentation for the final game."

Other answers suggested the multiplayer component of the game is a little behind production schedule, partly due to switching to development from home during the coronavirus pandemic: "Our original plans for large-scale flighting aren’t where we originally intended in large part due to the challenges of working from home during the COVID-19. At this time we’re honestly not sure what is going to be possible in terms of flighting but we still hope to have an opportunity for broader public hands-on before release."

Are you excited to get our first look at Halo Infinite multiplayer soon? And will you be jumping in to the fight if it's free-to-play?