To iron out the bugs. 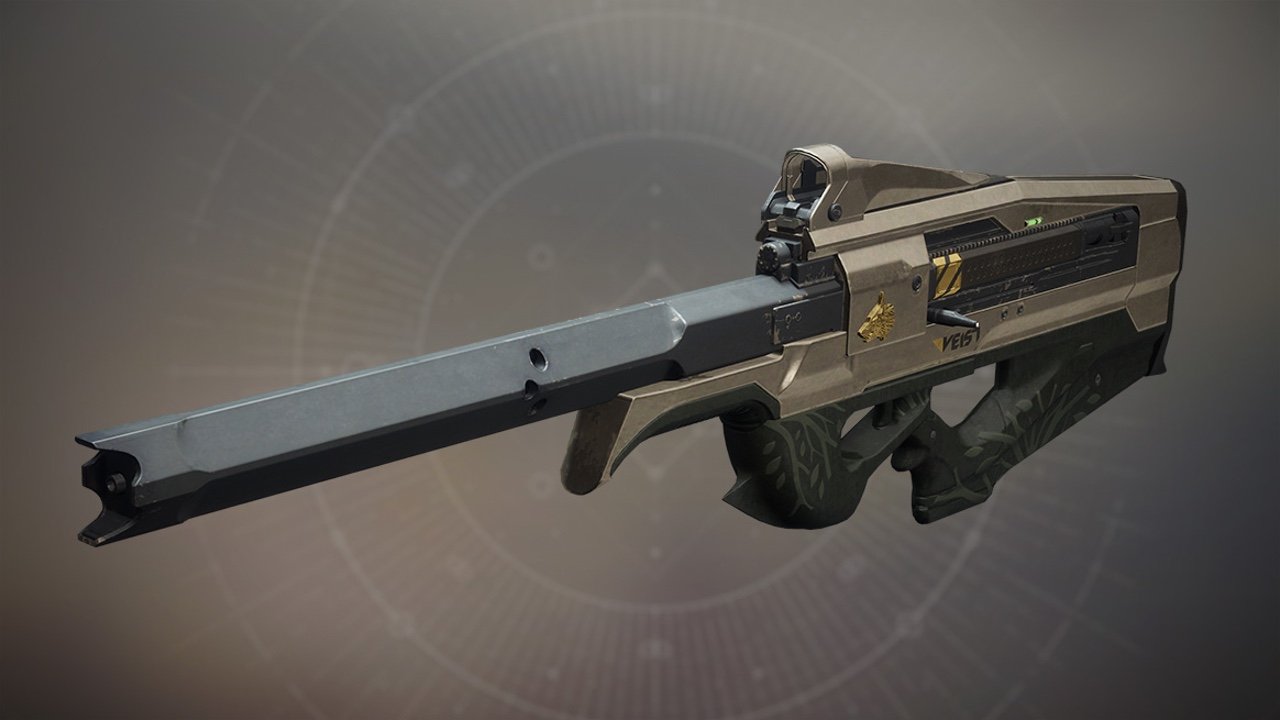 Fallout 4 is free this weekend for Xbox Live Gold members

Time to take the dog for a walk.

Bungie has been kicked all over the internet over the last couple of months following various indiscretions and cockups, but the latest weekly update is full of good news for once as the developer seeks to rebuild bridges.

Top of the agenda are reworked Raid rewards, which actually sound really cool, while there's also news on the next Iron Banner event and Armor Masterworks, both of which also arrive before the end of January.

Everything hits on January 30 as another big patch deploys, so let's go through it all starting with the Raid rewards.

Described by the developer as its "first swing" at tackling negative feedback on the existing Raid rewards, the changes consist of new perks on Raid armor, alterations to drop rates in various scenarios, and a new exotic Raid ghost that you'll definitely lust after.

Raid armor will now drop with special Raid perks that function on the Leviathan, which appear on mods selectable on both new drops and any existing pieces you happen to have.

"Additionally, these mods are reusable," senior designer Daniel Auchenpaugh explained on the Bungie blog. "if you swap to another one these will always be in the list to swap back to on your Raid armor for the low, low price of 1 Calus Token. Since no one wants to take a -5 Power penalty if they remove their Legendary mods while in the Raid, all the Raid mods are Legendary by default. This should also be extra icing on the cake for players who can’t seem to get that last mod they need to max their gear out."

Apparently the goal was to make us all feel more powerful in the Raid, and to this end the perks are broadly useful rather than very specific. Examples include "Recharge your grenade when you activate your Super" and "Deal 20% extra damage after getting a melee kill."

That seems like a strong start to us, but there's more good news around drop rates. For one thing, clearing Prestige will now give you double drops - Prestige rewards and normal ones - which seems like a logical change.

Raid encounters will always drop a Raid piece from now on, too, and every encounter has a chance to drop an exotic - not an engram, but something you can equip and use immediately.

Also, the Raid vendor will start selling a rotating selection of Raid gear for Legendary shards and Calus tokens, meaning you can top out your collection more easily rather than grinding the Raid every week hoping for RNGesus to take mercy on you. The only other stipulation is that you must have completed the relevant Raid for the week to buy a corresponding item - e.g. finish the Prestige raid if you want to buy a Prestige armor piece. Seems legit.

Then there's the new exotic Raid ghost, called Contender's Shell, which can drop from the final encounter of Leviathan or Eater of Worlds and has brand new perks. There's Seeker of Brilliance, which allows raid encounters to drop Bright Engrams (with an increasing chance every time it doesn't happen); Seeker of Opulence, which means exotic drops have a 50% chance to pull from a list of exotics you don't have; and there's also Seeker of Glory, which tracks the number of encounters you've defeated on the Leviathan.

Not bad for a first swing, and Auchenpaugh added that the team is "hard at work on the next month's update now". Nice.

Lord Saladin will be back in the Tower from Tuesday January 30 through Tuesday February 6, and Bungie has overhauled the Iron Banner event as promised.

First, the Iron Banner Engram will now include Season 2 weapons among other loot, including a new hand cannon, scout rifle, shotgun, sparrow, ghost and ship. Items from last season can also drop as possible rewards from the engram.

Speaking of the good Lord, he will be selling Iron Banner armor and three different weapon types directly during the event.

The final big change in the Destiny 2 January 30 update is the addition of Armor Masterworks. As with the Masterworks weapons, all legendary armor will be able to drop as a Masterwork once the patch is live, and you will have a higher chance of getting Armor Masterworks from Trials of the Nine or Raid activities.

Each Armor Masterwork piece will grant 3% damage resistance while using a Super, and the effect can stack to 15% of you have a full set. Masterworks can also be reworked to a different stat package (Heavy, Light or Restorative) in exchange for one Masterwork core and 10 Legendary shards.

Phew! That's a lot to deal with next Tuesday, but it's not everything either. There are also bug fixes and tweaks, including changes to Prometheus Lens that increase the base damage and see the Flame Refraction perk generate ammo instead of pulling from reserves.

Finally, Bungie said it is also looking at a way to implement mass dismantling of shaders, and provided a detailed explanation of why this isn't trivial on the blog.

The weekly blog update also includes images and gifs showing a lot of this stuff in the game, so we recommend checking it out. It feels like a healthy range of changes to us, making good on Bungie's promises to start winning back our trust, but as usual the proof will be in the pudding. We will be tucking in from Tuesday onwards to find out how it tastes.