How to sleep next to your horse in Ghost of Tsushima

Earn your right to a snooze with your best mate by learning how to sleep in Ghost of Tsushima. 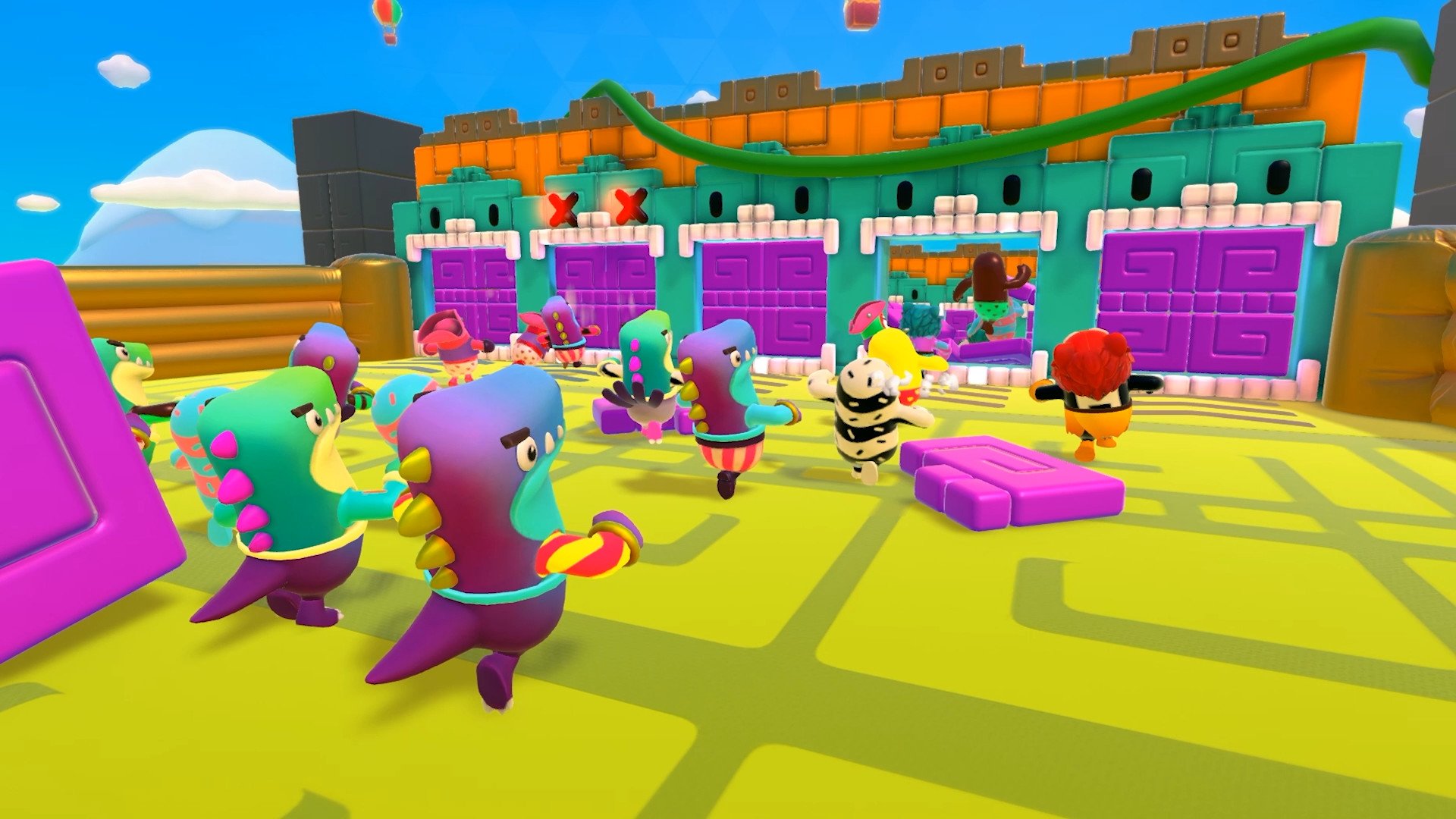 Do charms stack in Ghost of Tsushima?

A look at the bonuses charms provide in Ghost of Tsushima and whether or not they stack.

Fall Guys: Ultimate Knockout briefly took the top spot for gaming on Twitch, outperforming all other channels except Just Chatting during its Beta.

Getting knocked out of a battle royale is usually a cause for frustration or disappointment. In Fall Guys, you’ll typically be laughing your butt off. Mediatonic’s upcoming indie competition is far from your traditional battle royale fromat, sharing more blood with Takeshi’s Castle than Apex Legends or Fortnite.

An outrageously colorful bash, Fall Guys drops 60 bean-shaped contestants into a series of ridiculous obstacle courses, with each stage whittling down the competition until a sole victor is crowned. A mix of Ninja Warrior and Total Wipeout, players need to swarm through spinning arms, sliding doors, collapsing floors and more as they race to make it over the finish line and qualify for the next round. It’s an entertainingly silly mix of skill and dumb luck. Players can grab and slow one another down, and a spinning arm could just as easily knock you into first place as out of the arena.

This weekend saw Mediatonic open the floodgates, handing out hundreds of closed beta codes to streamers and influencers, encouraging them to invite their followers to the fun. The tactic proved a huge success, with Fall Guys rocketing up the viewership figures to a peak of over 200k viewers on Friday. The game has since jumped up to the sixth best-selling title on Steam, which is a good indication that anyone who got involved wanted more.

The Fall Guys: Ultimate Knockout beta has closed for now, but there are plans in the works to run a second test next weekend ahead of the game’s August 4th launch. If you’re a streamer or YouTuber of any size, you can appeal for a code by filling out this form. Fall Guys is already available to preorder on Steam if you’re interested in diving in as soon as it releases. With battle royale so saturated with shooters, it’s great to see an indie studio demonstrate just how creative and fun a genre it can be, and see success while they’re at it.