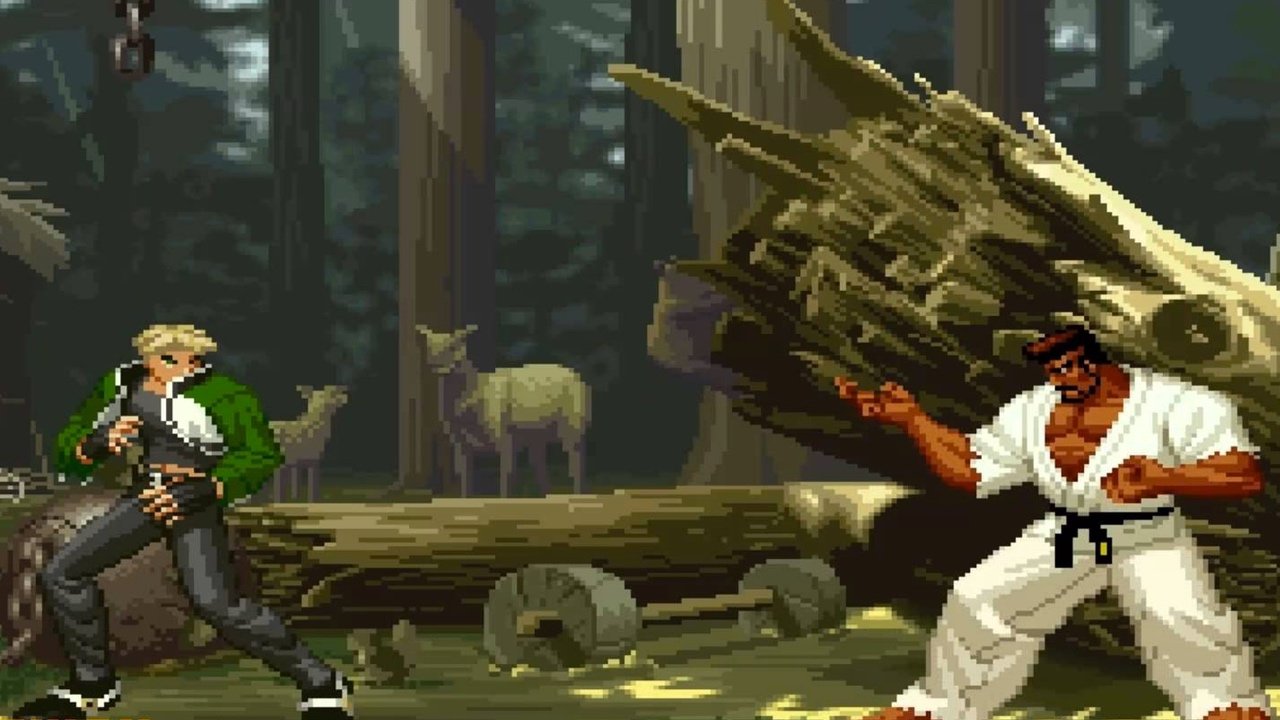 SNK's Neo Geo AES was a beautiful console - a sports car in a world of hatchbacks - and brought authentic arcade experiences right into your home in a way no other console manufacturer could ever match. Never mind great arcade conversions, AES games were literally the same arcade boards with minimal alteration.

But despite games being released for it from 1990 all the way up to 2004, the console was a rarity even in its pomp, mustering under a million sales in its whole history. Collecting games for it has become so difficult and expensive that surely only the very eccentric need apply. Fortunately you can play many of its best games on home consoles, including the new Nintendo Switch. Here are some of our favorites.

SNK may be synonymous with fighting games, but they knew a thing or two about great shoot-'em-up design as well, and Alpha Mission II is one of their most fondly remembered AES titles. The AES was a 2D powerhouse, and Alpha Mission II plays out over some absolutely gorgeous parallax backdrops, with gameplay based on collecting and upgrading armor power-ups to help master waves of enemies.

The Street Fighter II Turbo of the Fatal Fury series, Special was a sped-up version of Fatal Fury 2, introduced combos to the series, and let you play as the bosses from FF2. It even had Ryo Sakazaki from Art of Fighting as an unlockable opponent. Fatal Fury had a very varied roster of characters by this point in its evolution, and the 15 you can choose between in Special cater to a variety of play styles. As usual for the Neo Geo, the 2D backdrops and sprites are incredibly gorgeous, and really pop off the screen on Nintendo Switch.

Garou: Mark of the Wolves

Essentially Fatal Fury 4, Garou: Mark of the Wolves was a visual masterpiece on Neo Geo and looks fantastic on Nintendo Switch. One notable departure from previous games was the removal of the two-plane system, which let characters move in and out of the screen - presumably even SNK was bored of it by this stage - and instead we got the Tactical Offensive Position (TOP), which was a part of the life gauge that activated special abilities, more damage and health recovery, creating new tactical possibilities. These changes and others revitalized the Fatal Fury series and gave us one of the Neo Geo's very best games.

King of Fighters '98 is also available on Nintendo Switch, and we wouldn't blame you for choosing that instead, but we're still suckers for the original. You choose teams of fighters from around the world, drawn from various fighting franchises, and face off in tag-team fights across typically gorgeous locations. The visuals are less nuanced than later installments, but still look fantastic, the audio is very memorable and the core fighting system is simple to pick up and endlessly rewarding to master.

The Metal Slug series isn't short of great installments, but the original was hard to beat in the first place, and still feels awesome to play over 20 years later. This was a side-scrolling shooter with a sense of humor, and its combination of characteristically gorgeous 2D backdrops, wonderfully animated sprites and well-balanced action made it very memorable. If you're not a fighting game fan but fancy playing a Neo Geo game on your Switch, this is probably the one to choose.

Years before first-person shooter developers became obsessed with the Vietnam war, SNK brought us this rather on-the-nose shoot-'em-up. A bit of an oddity, you control US Special Forces soldiers on the bottom edge of the screen firing upwards into a killing field of enemy soldiers and heavy weaponry. You can move left and right and use a dodge roll to evade incoming fire. It feels a little peculiar at first, but once you get the hang of it you'll have a lot of fun. As cultural commentary, it leaves a little to be desired, but hey.

Golf is one of those sports that always seems to work well on consoles, and Neo Turf Masters was a great example of this in action. A simple game where you choose your club, measure your shot and then use a power meter to whack the ball in (hopefully) the right direction, it plays really well to this day. The Neo Geo Pocket Color version of Turf Masters was great too, but the opportunity to play the true arcade version on the go is very welcome.

The weapons-based combat of Samurai Shodown always felt pretty distinctive versus the many Street Fighter-esque brawlers SNK put out. The fourth game in the series removed a few fiddly elements like aerial blocking and dodges, and added a suicide move that let you forfeit the round in return for starting the next one with a full POW gauge. This is a tough game to master, but the feeling of accomplishment when you outmanoeuvre an opponent and bring them to heel beneath your katana is really quite something.