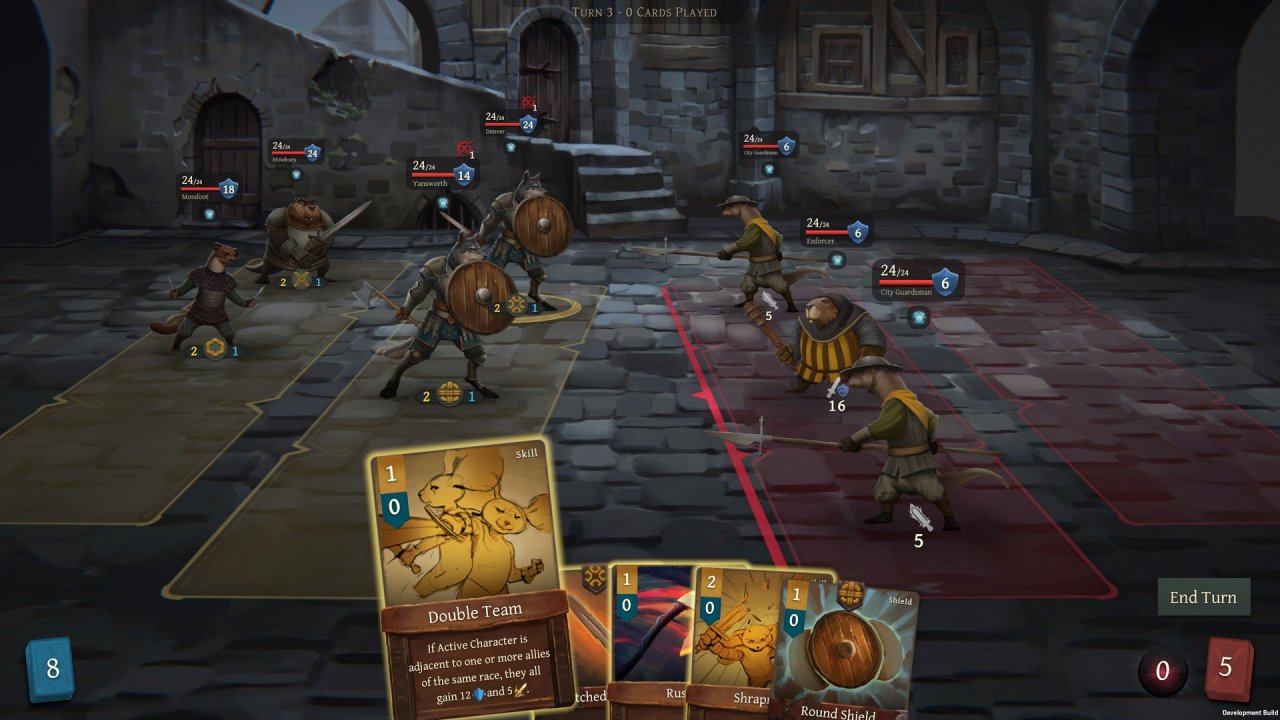 The cycle of livestream announcements will continue in September with a new Ubisoft Forward.

Waiting on a new digital deck builder to satisfy your card-shuffling urges? Banners of Ruin could be the very beast your after. A party-based deck builder, it sees a fur-covered party of animals attempt to make their way through the dangerous city of Dawn’s Point. Clearly big fans of Brian Jacques’ Redwall novels, these mammalian warriors have taken up arms, wielding spears, axes and shields as they press through the shady medieval town.

The bad news is that the rival faction who’s territory they’re encroaching on are equally well equipped. Fighting for the Blackfoots, it’s your job to compose a party of up to six bears, bunnies, gophers and more as you develop an evolving deck and attempt to take down the ruling faction of House Ender. Along with fights, Banners of Ruin promises a range of encounters which can provide both positive and negative outcomes depending on the player's choices. Check out the trailer below:

Developed by Montebearo and Goblinz Studio, Banners of Ruin promises to include roguelite mechanics that see you unlock new cards and passive buffs that improve your chances in future runs. Encouraging repeated runs to unlock new content, the set-up sounds very Slay The Spire, but the party-based combat should bring a new twist to the formula, with many cards relying on smart placement of creatures within your party.

Each species you choose for your party comes with its own deck, meaning the combinations of animals in your team can greatly change your party’s playstyle. The game is also brought to life with gorgeous hand-drawn art which brings plenty of character to the creatures in and against your squad.

Banners of Ruin is coming to Steam Early Access on July 30, where it’ll be updated in the run up to a full release.