There's just enough time to catch up with all of these stories before the PS5 and Xbox Series X arrive. 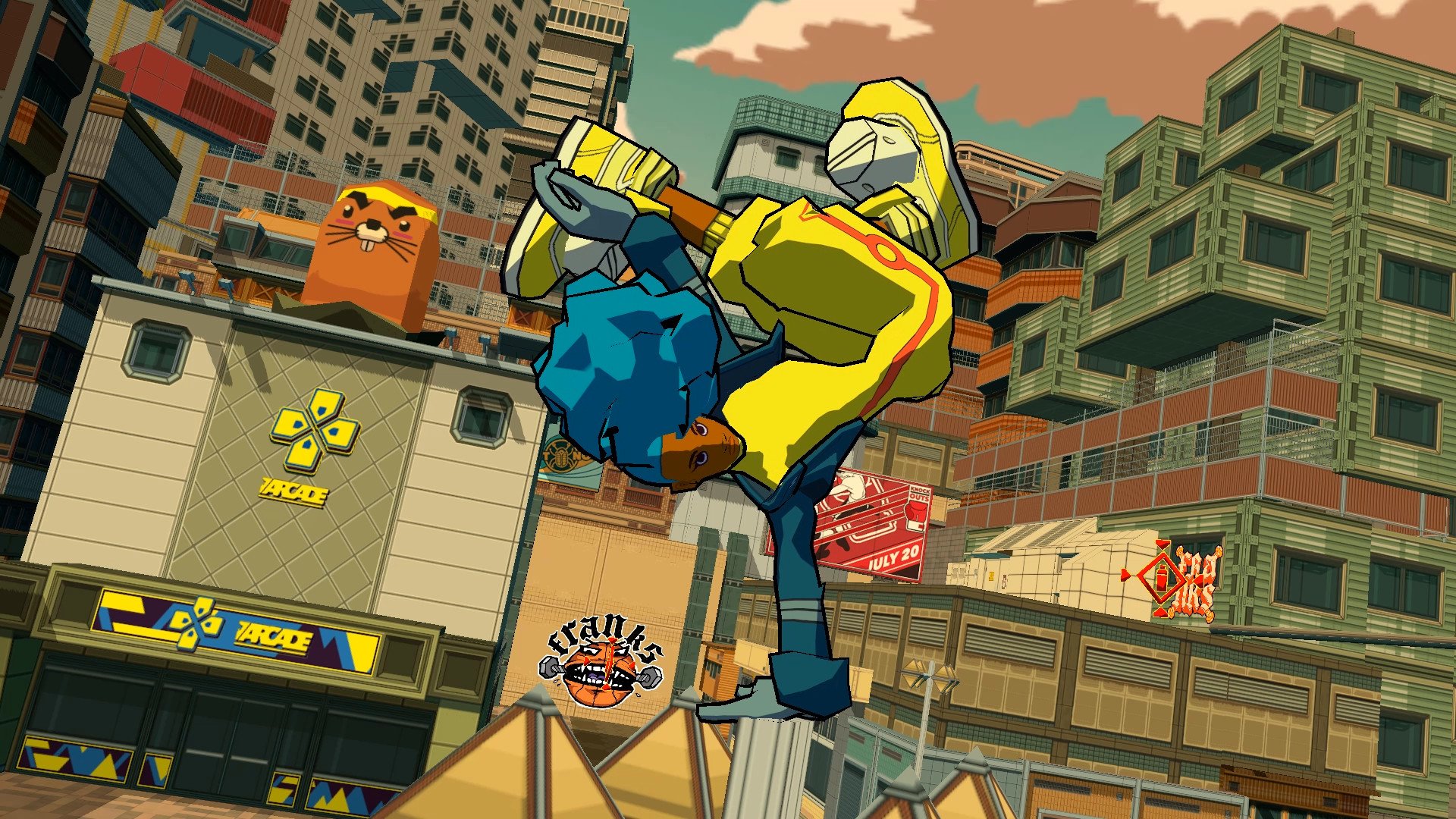 Bomb Rush Cyberfunk, a new game from Lethal League developers Team Reptile, will bring the skating-graffiti gameplay of Jet Set Radio back to screens sometime in the future on Steam.

The game features crews equipped with personal boostpacks competing to tag their art around town. A description of Bomb Rush Cyberfunk on Steam reads: "Start your own cypher and dance, paint, trick, face off with the cops and stake your claim to the extrusions and cavities of a sprawling metropolis in an alternate future set to the musical brainwaves of Hideki Naganuma."

Sega's iconic mid-2000s skating game has been languishing in fans' memories for decades, which is why so many latched onto the baseball-themed dodgeball fighting game Lethal League when it first appeared in 2014. The game's cel-shaded art style and music from Jet Set Radio composer Hideki Naganuma immediately evoked the best of the Dreamcast and Xbox originals.

Bomb Rush Cyberfunk will be a single-player game in which you choose a character from self-styled crews and explore a city in open-world freedom. There are stages representing neighborhoods during different times of day, which you can grind, slide, jump, trick and airdash around.

The main aim of the game is to get your name on walls, tagging and painting graffiti in various spots which are high value. The game's description also mentions that you will encounter a lot of 'weirdos'. It's Jet Set, baby!

As for a release date, the Steam page for Bomb Rush Cyberfunk lists just "Future" as a potential date, also mentioning that it won't be in 2020: "Not this year, it's unlucky." A YouTube description for the trailer lists 2021 as a release date, so keep your paint cans at the ready.