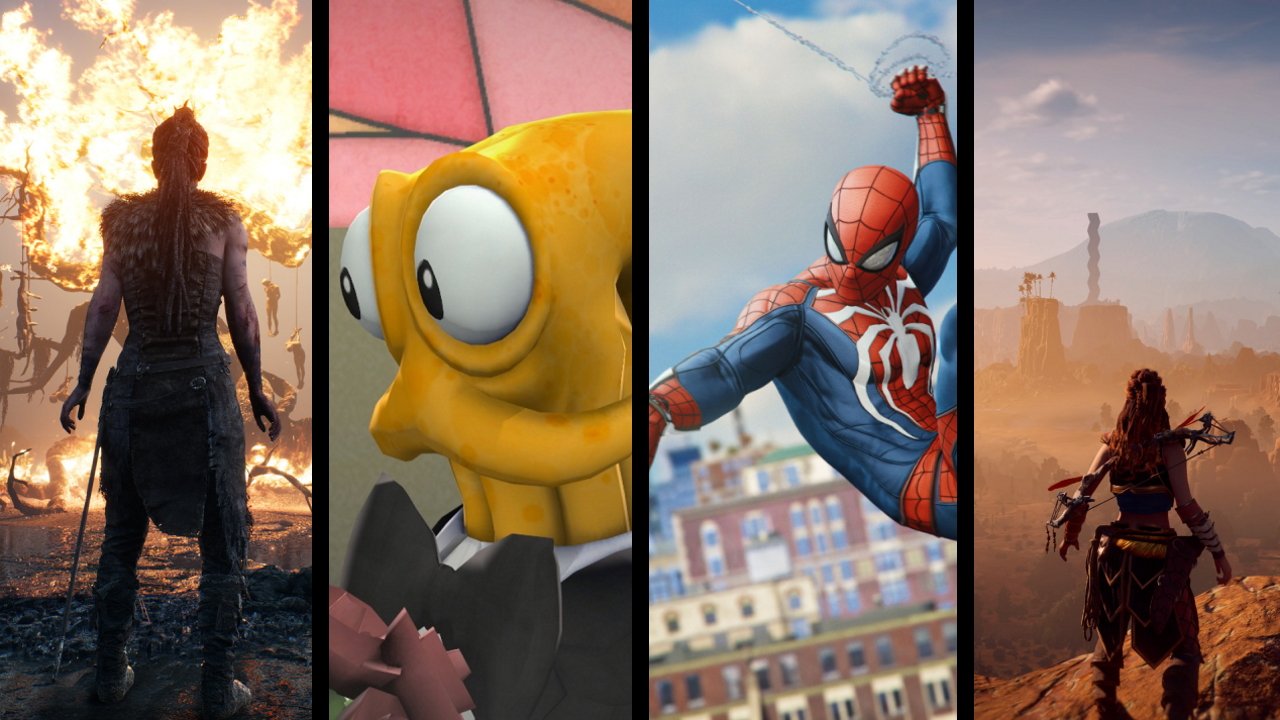 The run up to this new generation of consoles has been a bit of a weird one, hasn’t it? Both the PS5 and Xbox One are due to release this winter, yet we still don’t know an exact date or price for either console. The pandemic certainly hasn’t helped, but it’s also been a long old while since the last big generational jump, so perhaps we’ve all just forgotten how to do it right.

Still, if there’s one thing that Microsoft and Sony both agree on, it’s that there are some big titles arriving with or soon after the next generation launches. Your wallet may not be prepared, but your gaming certainly can be. To help make sure you’re ready for all the heavy hitters announced for the PS5 and Xbox Series X so far, we’ve put together a list of 7 games you should definitely play before the next gen arrives.

If it wasn’t for Bugsnax (more on that later), the reveal of Horizon Forbidden West would have easily been the highlight of Sony’s Future of Gaming showcase. Aloy’s journey in Horizon Zero Dawn was a masterpiece, and the excellent Frozen Wilds DLC only showed players just how much more the universe has to offer.

Forbidden West continues directly from Zero Dawn’s story, as Aloy makes her way across new regions of North America. If you’ve not experienced the original already, you now have the perfect excuse to treat yourself to some open world robo-dino hunting in the coming months. Watch out for the Thunderjaw, mind, that thing is a monster.

To many of us, Halo releases were a staple part of our younger years, with the Chief’s green suit serving as the poster boy for gaming. Halo has fallen out of the spotlight somewhat, but Halo Infinite has been teasing us with a glorious return for over a year now. As the series is pretty long in the tooth, there’s a lot of history behind our main Spartan’s upcoming adventure. Thankfully, the Master Chief Collection is the perfect place to catch up on all of the Chief’s past jaunts.

With Halos 1-3 now available as part of the PC collection, there really aren’t any excuses for going into Infinite blind. If you’re considering picking up a Series X, The Master Chief Collection will let you see just how far the series has come when you step back into Spartan boots this winter.

Mixed early messaging may have dampened the hype somewhat, but we’re still excited by the prospect of a Miles Morales experience coming to PS5. The original game sets up Miles’ introduction as a key part of its narrative, while also delivering a surprisingly emotional story for a superhero game. Manhattan is a packed city, but you can swing through the core missions pretty quickly. That means there’s plenty of time to discover Miles’ origins while enjoying the phenomenally satisfying freedom of slinging your way between the towering 'scrapers of the city. Seriously, no other video game has done webswinging to this calber before, and you owe it to yourself to experience it.

Assassin's Creed Odyssey garnered a huge amount of praise and attention for its lively depiction of Ancient Greece in an open world RPG adventure, but Bayek’s story in the preceding Origins is an equally excellent affair. The two games also lay the foundations of the modern Assassin’s Creed story and protagonist Layla Hassan.

If you couldn’t care less about all that sci-fi nonsense then you can probably grab your axe and head straight into the upcoming and heavily bearded Assassin’s Creed Valhalla. However, you’ll be missing out on two rich realizations of historical landscapes, so at the very least take the time to enjoy the free Discovery Tours that accompanied Origins and Odyssey.

Bugsnax’s theme song has so thoroughly embedded itself into our brain that we’re starting to suspect developer Young Horses invented a quite literal and terrifying earworm that slipped into our lugholes during the night. If you’re equally perplexed by an increasing temptation to splash out on a vinyl version of the catchy tune, a look into their previous titles might provide some answers.

Young Horses is no stranger to bizarre gaming concepts, having previously released the hilarious Octodad: Dadliest Catch. Floundering around a house, it’s your job to maneuver this tentacled – yet no less loving – father through increasingly complex activities around the home. All without giving away the fact that he’s just an octopus in a human suit. Yeah, the peculiarity of Bugsnax is starting to make a lot more sense now...

It’s been five years now since the original Dying Light unleashed undead horrors upon our console, and the sequel was originally expected to have arrived in spring this year. News about the game has been pretty quiet for a while now, but the freeform, first person parkour shown in last year’s gameplay trailer was seriously impressive stuff.

We’re still waiting for developer Techland to give us an update as to when Dying Light 2 will release, but next-gen support seems like a sure bet at this point. That means we’ve got more than enough time to jump, swing and slide our way around the city of the original game. Heck, you can even bring a friend to bash in some zombie heads, because the entire thing can be played in co-op.

Towing the line between indie and AAA, action-adventure game Hellblade: Senua’s Sacrifice pretty much blew us away with its impressive mo-capped visuals and a gripping performance of a protagonist with psychosis. Sequel Senua’s Saga: Hellblade 2 has been confirmed as an Xbox Series X exclusive, but you can pick up the original on PS4, Xbox One, PC, and even Nintendo Switch. Whatever version you pick, you won’t be disappointed.

Those were our picks for seven games you have to play before the next gen arrives. Got your own thoughts on a title that'll prepare us all for the PS5 and Xbox Series X? Let us know down in the comments section.