All Ghost Weapons and upgrades in Ghost of Tsushima

Learn about the Ghost Weapons Jin Sakai can during his journey in Ghost of Tsushima. 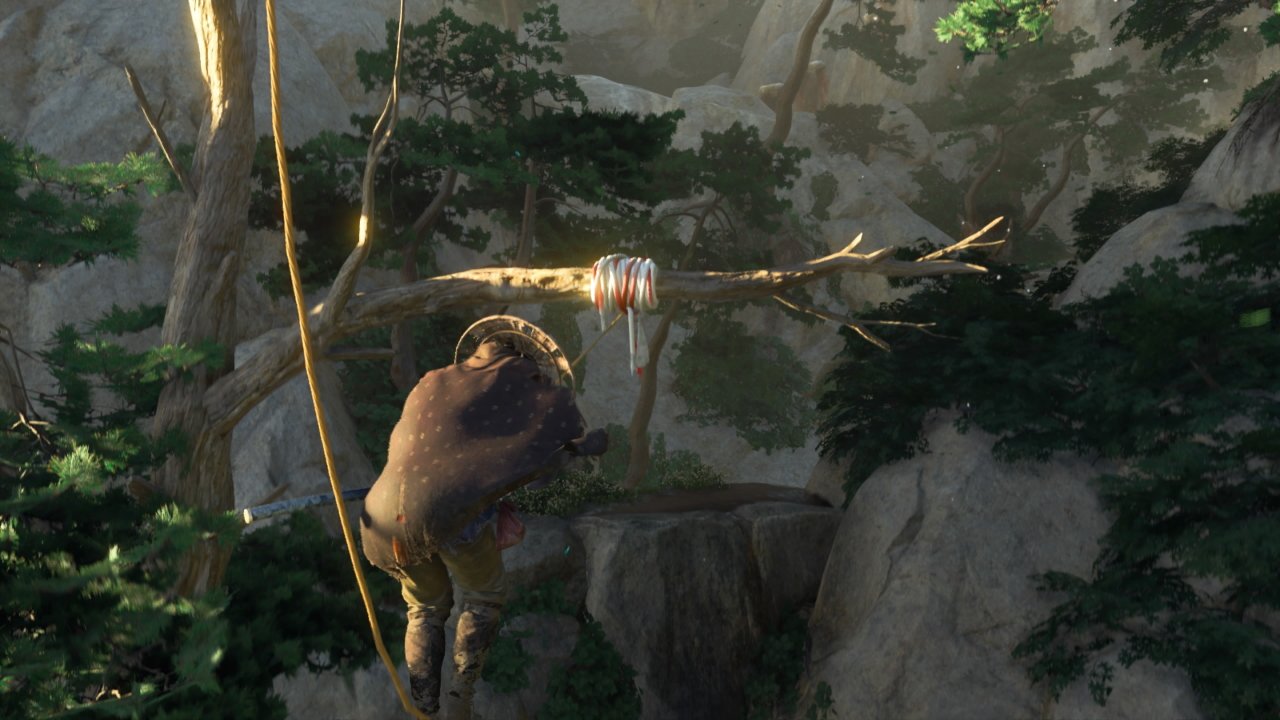 Get the Grappling hook in Ghost of Tsushima

A collection of jaw-dropping Ghost of Tsushima Photo Mode screenshots

The best screenshots from Tsushima's shores.

If you’ve got an explorative mind, you’ll probably have set out on your own path as soon as you can in Ghost of Tsushima. Exploring the southern region of the island, it won’t be long before you come across a few shrines that seem impossible to access. If you’ve seen a few tree stumps with white linen wrapped around them, then you’ll have been informed that you lack the necessary tool to progress. What you’re after here is Ghost of Tsushima’s grappling hook, and in this guide we’ll teach you exactly how to get it.

Get the Grappling hook in Ghost of Tsushima

The Ghost of Tsushima Grappling Hook is a core tool Jin will keep throughout his adventure once obtained. It allows you to throw a line up to any tree stump or bit of wood with white cloth wrapped around it, then swing or pull yourself up it.

To get this necessary tool, you simply need to play through the main story missions (they appear as gold on the game’s map) until you reach a mission called The Iron Hook, which is in Yuna and Taka’s path. In it, you’ll need to defend the Komatsu Forge from Mongol forces, but once complete, Taka will make you a grappling hook to use in Ghost of Tsushima. It’s main purpose is to help you scale the walls of Castle Kaneda, but it also comes very much in handy when exploring the many shrines around the map.

More Ghost of Tsushima guides to improve your samurai skills:

That’s all there is to know about getting the necessary tool grappling hook in Ghost of Tsushima. For more useful bits of information for your time on the island, click here to head to the game’s hub page.