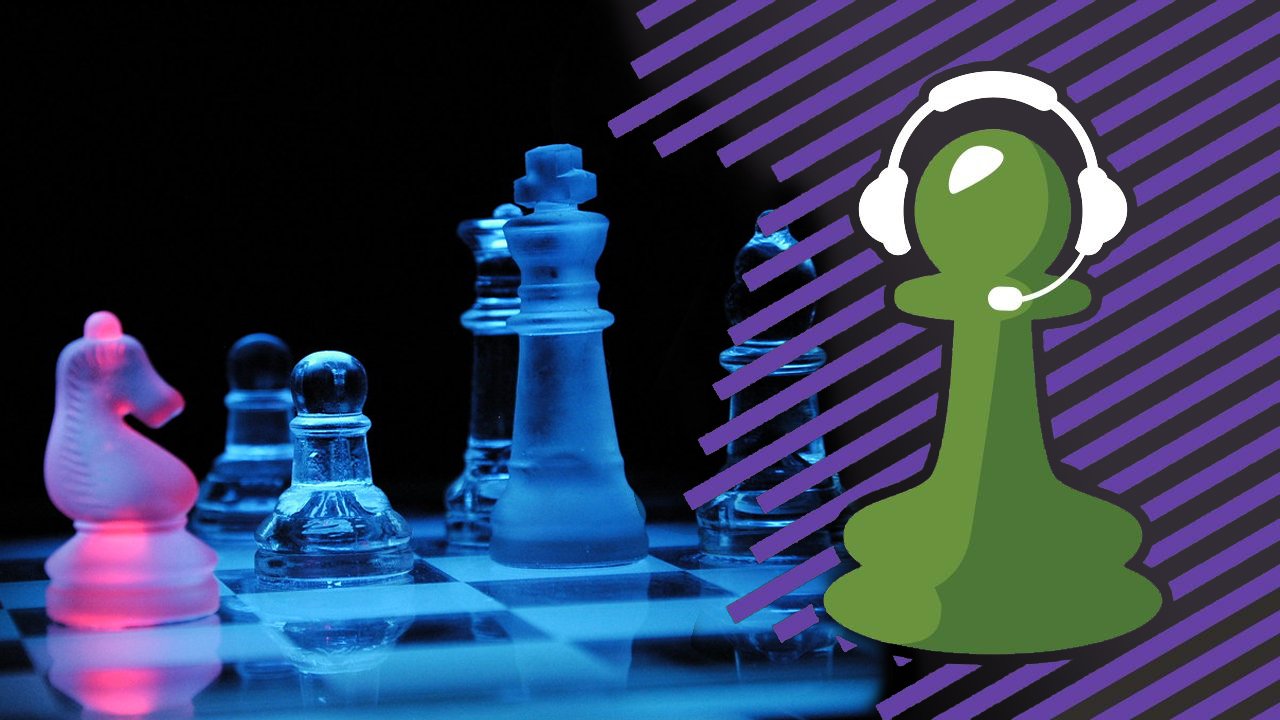 In the 21st century, we're overwhelmed with new games to play, with fancy simulations and menus, all of which compete for our attentions daily on the front page of gaming: Twitch. But in among these hot new titles is the undefeated grandmaster, biding its time and strategically capturing new acolytes.

Today is International Chess Day and despite the rudimentary graphics, more than 14 centuries without a single content update and very few gameplay balance patches, the beautiful game is still gaining fans. In 2020, especially, chess on Twitch has seen its viewership double almost every month from just over a million hours watched in February to 12 million in June. This catapulted the original strategy game into the top 25 most watched list, just below Sea of Thieves and above PUBG, up from 82nd most watched in February.

During a period where Twitch viewership in general spiked as gamers were stuck at home, most were looking for entertainment wherever they can get it. This has seen esports tournaments (the ones that can still be played online, at least) attract thousands of new eyes, but this sort of growth is unparalleled for old games. Let alone games that released in sixth century AD.

In June's list of the most watched channels streaming chess matches, there are many names that may be familiar to those who browse the streaming site daily. Overwatch king xQc, card game maestro Forsen, even variety FPS specialist Lirik feature in between channels devoted to broadcasting professional chess matches, such as chess24 and TCEC_Chess_TV.

But right at the top is the mastermind of this online resurgence of chess, five-time US champion and youngest-ever American grandmaster (at just 15 years old) Hikaru Nakamura. Before the beginning of the pandemic, Nakamura would attend tournaments in real life, and between bouts would stream to a conservative audience of 2,000 or so hardcore fans. After having his board time cut drastically by quarantine, the 32-year-old turned to Twitch full-time, at one point in June growing the crowd to 46,000 fans.

Shoutout to the big streamers who've discovered chess. Some do it once or twice, some every single stream. Some are casual visitors to our game, some are becoming obsessed. Streamers like @xQc @BoxBox @voyboy @Papaplatte @Yassuo @nymnion Chess thanks you for all the new fans.

Part of this growth is thanks to his gimmicky challenges – playing blindfolded and speedy blitz versions of the game – drawing in crowds which often include lapsed chess fans from Twitch's upper ranks. League of Legends streamer BoxBox stumbled into Nakamura's chat after being told to check out one of his blindfolded runs, which eventually led to him being challenged to a match by the grandmaster, recognizing his name.

Nakamura takes it easy on the big-name streamers who flock into his channel now, giving them a handicap by forfeiting his queen, or his bishops, or even more of his utility pieces. Most of the time this leads to his own victory anyway, such is the skill of the master, but it has attracted dozens of top streamers to his grandstanding shows.

One of these new acolytes is former Overwatch pro xQc, who came to Nakamura for coaching in April. While the top 5 Twitch streamer has boundless enthusiasm for learning, he's not immune to some rookie mistakes, as Nakamura has found while spectating his games. He's also not the only one coming to the grandmaster to up their game. Nakamura helped coach a number of streamers to compete in Chess.com's Pogchamps tournament series, which eventually crowned ex-LoL pro VoyBoy the winner last month.

The success of Pogchamps led to Twitch devoting one of their regular Twitch Rivals events to chess last week, with Nakamura on the commentator's desk as streamers teamed up to win $15,000. The universal appeal of chess, and its enduring strategic gameplay, has been part of its continuing popularity. But the easy access of Twitch, endorsement from big-name personalities and zero-investment start-up cost for new players has super-charged this current resurgence. Though it is often thought of as a difficult game, Nakamura's approach to streaming and teaching new fans is helping open up the audience even more.

When people think of gaming, they're too often caught up in the cutting edge of what's new. The popularity of chess among StarCraft and Hearthstone streamers speaks to the common, ancient ties between them. Out-thinking your opponent is the same game, no matter which board it's played on, and in the 21st century Twitch and Nakamura have just opened gamers' eyes to that fact.