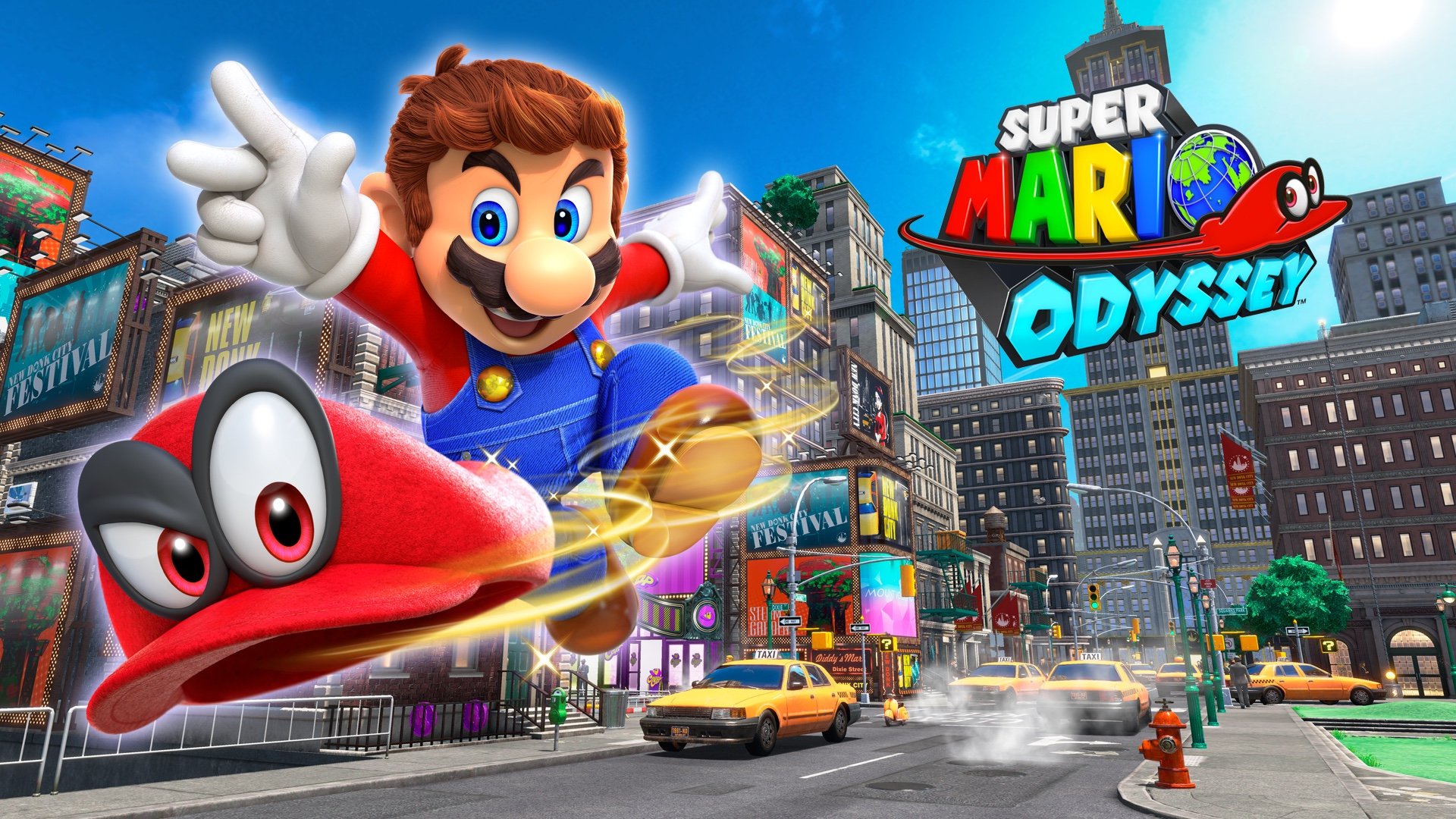 Switch has proven to be another sales phenomenon for Nintendo, having inspired gamers of all backgrounds to buy into the high-end handheld dream. At first it was a little surprising to see people on public transport exploring Hyrule. Now it’s as unremarkable thumbing through Twitter on your smartphone. Switch is here to stay, and here’s some of the reasons why.

48 tracks to master, 42 adorable Nintendo racers to choose from, charging through vertical climbs and hanging upside down while jostling amid a 12-vehicle frenzy. This is probably all the karting you’ll ever need, and you know Nintendo is fine with that. As the title suggests, Mario Kart 8 Deluxe is already a repackaged product, embodying all that’s ever been great about the long-running series. But there’s more on top of the original Wii U version, in the form of five new (plus one secret) characters, hilarious new Renegade Roundup mode and elite 200cc time trials.

2. The Legend of Zelda: Breath of the Wild

Link makes long overdue strides into this millennium, leaving behind too-familiar tropes, and giving all gamers something real to get to grips with. Weirdly, this is what kids in the early 1990s may have believed they were doing in The Legend of Zelda: A Link to the Past, which felt huge, mysterious, and challenging – actually intimidating – in a way that only Capcom’s titles for Game Boy Color and Game Boy Advance attempted since. We feel lost and small amid the plains of Hyrule on Switch. We’re instinctively drawn to explore, and the experience is spine-tingling.

Reasons to own a Switch are stacking up, but at the top of the pile for so many is the latest Mario. While Super Mario 64 once stunned onlookers with the plumber popping in vivid 3D, Odyssey has fun flipping that whole thing on its head by embracing classic 2D ideas to enrich the adventure, as fresh as NES Super Mario Bros. 30+ years ago. We effortlessly accept that Mario has a hat that talks and more – Cappy makes immediate sense as a sidekick, we’re swift to master the art of possession, adopting myriad enemy powers.

Everything went right, that many feared could go wrong, for this tactical turn-based joint effort between Ubisoft and Nintendo. Mainly, the strategic gameplay is so tight, it has been compared to the greatest of more serious alternatives out there such as XCOM This isn’t a game that anyone should expect to breeze through. Meanwhile, it turns out that the bizarre Rabbids humour is the perfect fit for the Mario universe, measuring up to Bowser’s cheeky Koopalings. This is childish, slapstick humour in which Rabbid impersonators of Nintendo favourites are laugh-out-loud hilarious – Rabbid Peach especially. Honestly, terrific.

While it is fun to try the motion controls added to Skyrim on Switch, we recommend settling down to savour arguably the greatest RPG in recent years via standard controller. Then you get into the real reason Skyrim is such a treasure on Switch – it is a visually sumptuous, high-brow adventure to tote around like some sublime interactive volume of Tolkien. This really is the complete experience celebrated since 2011, including all three major expansion packs. Visually, it improves on the original PlayStation 3 and Xbox 360 editions, which is wonderful, but the story matters most.