The simple steps required to download and play the Hyper Scape open beta. 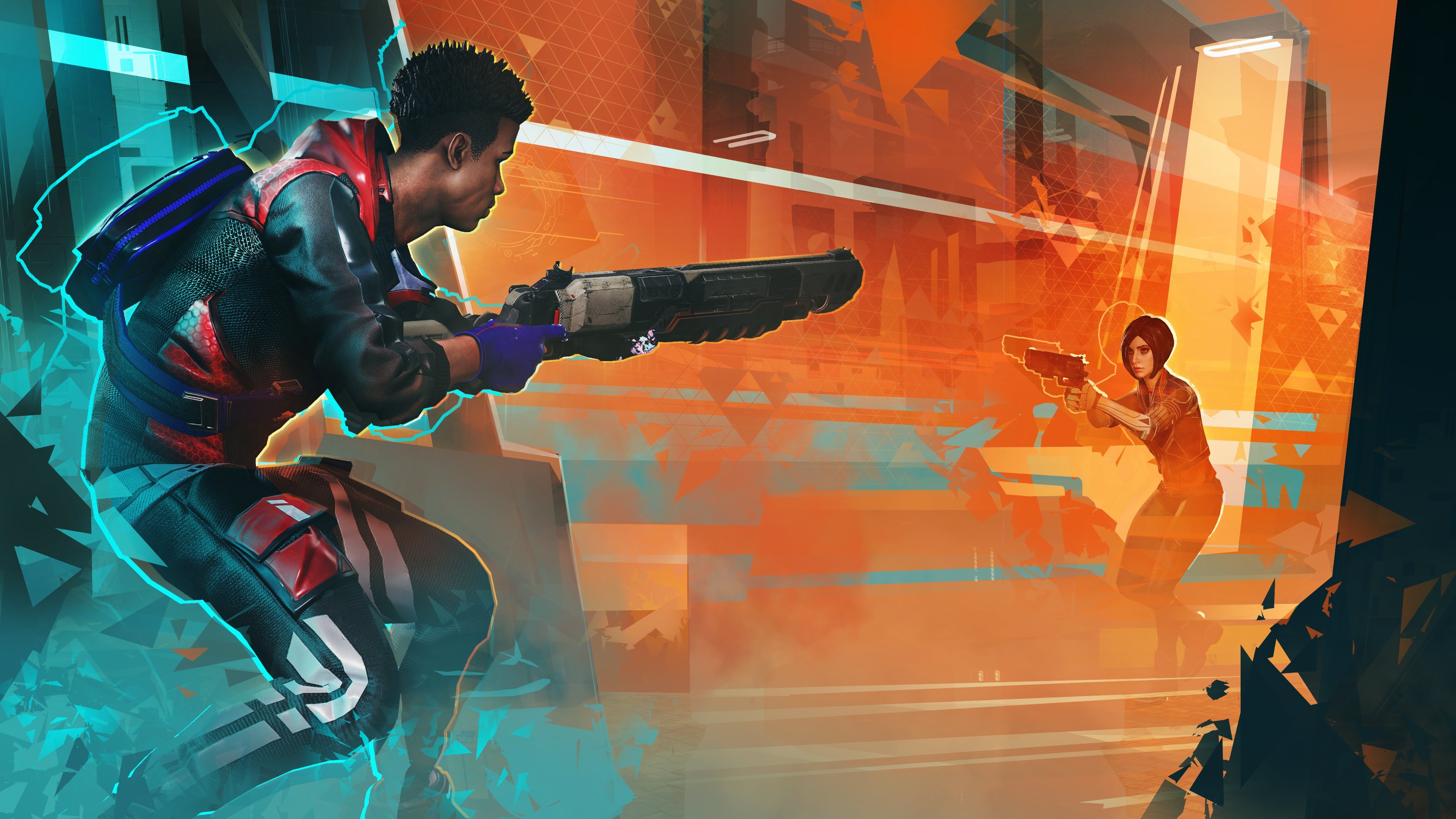 What is Hyper Scape?

How to get the Hyper Scape Twitch Prime bundle

Find out what's inside the Hyper Scape Twitch Prime bundle and how to obtain it.

Recently it feels a bit like a new battle royale title is releasing every month, taking the internet and streaming services by storm. It can be tough to keep up - we get it. To help you stay informed, we've put together a quick guide on Hyper Scape. Below you'll find information on what Hyper Scape is, who made Hyper Scape, and how you can get involved with playing.

What is Hyper Scape?

Hyper Scape is a new first-person shooter battle royale game set in a futuristic, virtual battlefield. One hundred players are dropped into an arena to collect weapons and fight to be the last player or team standing. The arena shrinks over time, damaging anyone caught outside of the safe zone. So far, so standard battle royale.Hyper Scape differentiates itself from the other titles like Apex Legends and Call of Duty: Warzone through its Hacks and fusing.

Hacks are powerful abilities that can be picked up around the map. By using Hacks, players can do things like launch high into the sky before slamming them down, spawn a large barrier wall, or encase themselves in bouncing, metal balls. They’re weird, wacky, and increase the pace of the game drastically.

Weapon fusing is a mechanic that allows you to upgrade your equipped weapons or Hacks any time you find a similar copy in the arena. This permanently improves aspects of the upgraded item, increasing things like magazine size and damage for weapons, or decreasing the cooldown of a Hack. As such, players grow stronger over the course of a match, and become able to unleash their powerful abilities more frequently during the final fights.

At the end of the match a crown spawns. If any player manages to collect the crown and hold it for 45 seconds, their team is automatically granted victory. It’s a system that livens up the final stages of a game, encouraging players to move and fight rather than holding back in the hopes of their opponents knocking one another out.

Related: All weapons in Hyper Scape

Who made Hyper Scape?

Hyper Scape was developed and published by Ubisoft, the video game company behind series such as Assassin’s Creed,  Watch Dogs, and Splinter Cell. It has been developed over the course of several years, but was only revealed publicly as a surprise 2020 release. Ubisoft plans to bring Hyper Scape to PC and consoles with an official release this year.

How do I play Hyper Scape?

We’ve put together a quick guide for grabbing Hyper Scape on PC which you can read by clicking here. Once Hyper Scape is released on consoles, it will be available on the PlayStation Store and Xbox One store.

How many GB is Hyper Space?

The current PC open beta for Hyper Scape will take up 20GB. We don’t yet know the Hyper Scape file size for the console versions of the game, as they haven’t been revealed yet.

That’s pretty much everything you need to know about what Hyper Scape is. It doesn’t reimagine the battle royale format, but it brings new ideas that make for an exciting spectacle. If you want to learn more about Hyper Scape then click here to read our list of all Hacks in the game. Or click here to head to the game hub for more news, guides and features.