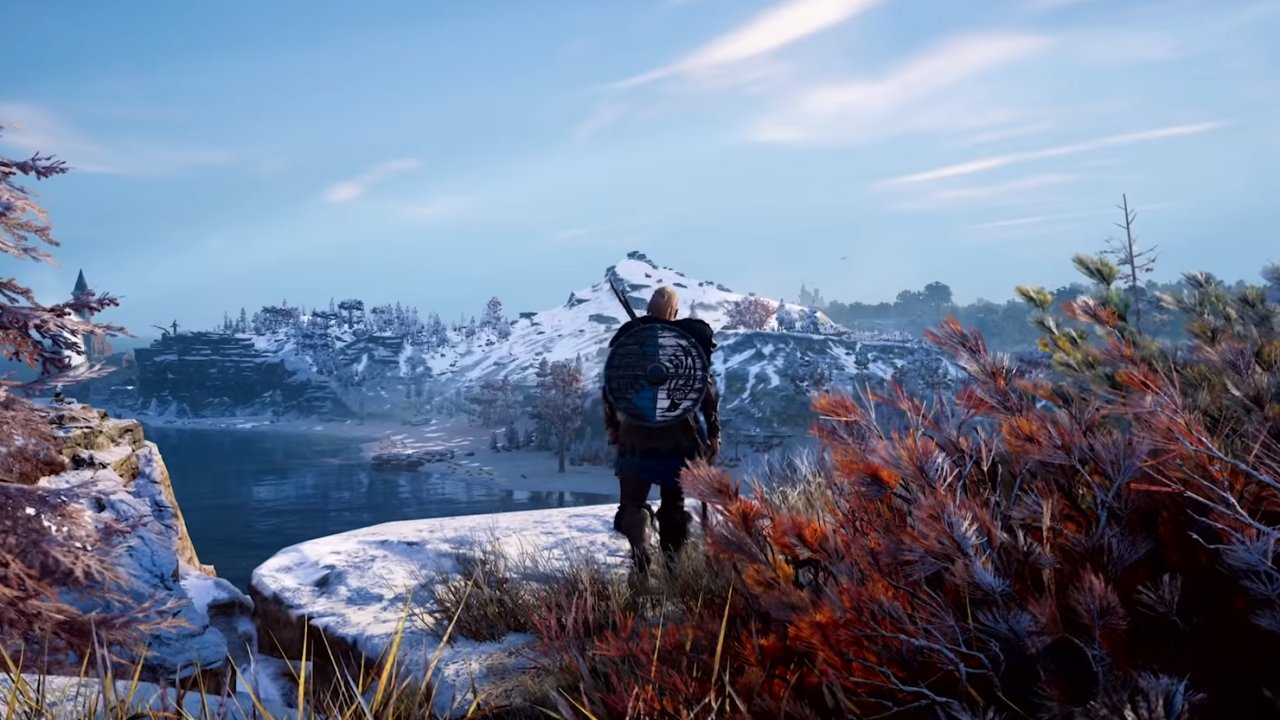 Gruff attitudes and buff bears are far from the only new things to look forward to in Assassin’s Creed Valhalla. As you lead your viking band to settle in the lands of eighth-century England you’ll find new gameplay mechanics and features aplenty on the fertile soil. Thanks to this weekend’s Ubisoft Forward showcase and a plethora of hands-on footage, we now know much more about what Eivor’s story will contain. Collected below are a few of the biggest new features we’ve spotted so far in Assassin’s Creed Valhalla.

Ubisoft’s catalogue of open-world games have garnered a bit of a reputation for minimaps littered with more items than the bedroom floor of a lego-obsessed child. Many of those icons would point towards quests, meaning discovering the happenings of the world felt more like clearing items off a checklist. Valhalla introduces three new categories of quest: Mysteries, Secrets, and Wealth. The latter two types are pretty straightforward, with Secrets pointing toward collectible locations, and Wealth leading you to hidden caches of treasure without the land.

Mysterious, however, are much more exciting. Discovered as you wander around the fields and towns of England, Mysteries can include anything from coaxing cats to join your longship, to discovering a nun who’s killed an entire church of people. They’re strange, engaging, and if the playtest so far is anything to go by, point towards Ubisoft taking a more creative and storied approach than the usual go here and fetch/kill X quests of previous titles.

Valhalla doesn’t have companions in the same manner as a BioWare RPG (though yes, there’s still plenty of smooching), but there’s much bigger emphasis here on group battles than in previous games. You’ll often be joining large-scale fights rather than going in solo, emphasising the vikings’ sense of community and encouraging you to improve the village as well as your own gear.

Speaking of combat, Valhalla changes up the fighting system for a more combo-heavy style that sees you string together attacks. Part of this new approach is the option to dual weild most weapons. You'll be able to pick what you equp in both your left and right hands, meaning you can mix and match your preferred stabby bits, or stick a shield in for protection. Heck, you can even thoroughly embarass your foes by dual-weilding shields if that's your sort of thing. We're not ones to judge.

We’ve known for some time now that Assassin’s Creed Valhalla will include a settlement you’ll return to and watch develop over the course of the game. We now know that it’ll be up to Eivor to bring in food and other resources if the settlement is to thrive. Doing so will bring new settlers to your camp, as well as improve the tools and services available there. Hunting and fishing are one thing, but securing valuable resources like money and metal will demand a little more work from your weapon of choice. Which brings us on to...

Doing what Vikings do best, your crew of warriors will be able to embark on Raids against the villages around England, mounting small assaults to take down the defences and pillage the equipment inside. Blow your horn at the entrance to a village and you’ll be joined by your NPC companions to assault the guards, break into the storage, and collect the valuable goods kept in the satisfyingly weighty chests inside.

You’ll be able to pick which villages you raid and, given the state you’ll leave them in when successful often involves quite a lot of burning, chaos and death, it might be prudent not to upset any that are actually friendly. Thankfully there’s no shortage of mistrustful English dotted around the rivers your longship can prowl. You’ll also take part in much, much larger raids as part of the core story, taking on some of England’s few grand castles of the era.

Healing with the world

All that swinging axes about is bound to end up with you taking a few hits of your own now and again. Where Odyssey included an unlockable power that healed a chunk of your life, Valhalla’s Eivor will need to grab berries and herbs from the land. Pick up any while your health is full and you’ll fill a Horizon Zero Dawn-style medicine bar that can be depleted mid-battle to recover your health.

Yes, okay, this isn't exactly new given it's where the series started, but given how far Origins, Odyssey and now Valhalla have changed from the early titles, it definitely bears mentioning. WIth so many villages outright hostile to vikings, Eivor will need to disguise themself to wander within. Throwing up a hood is automatic, but to keep out of sight of local guards, you'll also need to blend in with the environment, stopping at the market to inspect goods, or for a drink at a table. All those braids and tattoos probably make you stand out a bit otherwise.

From what we’ve seen so far, Assassin’s Creed Valhalla brings plenty of fresh ideas to the Assassin’s Creed series, leaning further into the RPG stylings of Odyssey. That’ll be to the tastes of some and no-doubt disappointment of others, but we’re eager to discover what else this expedition to England has in store for us when it releases on November 17 for next-gen and current consoles.