Find out which Animal Crossing: New Horizons villager houses and the classiest joints in paradise. 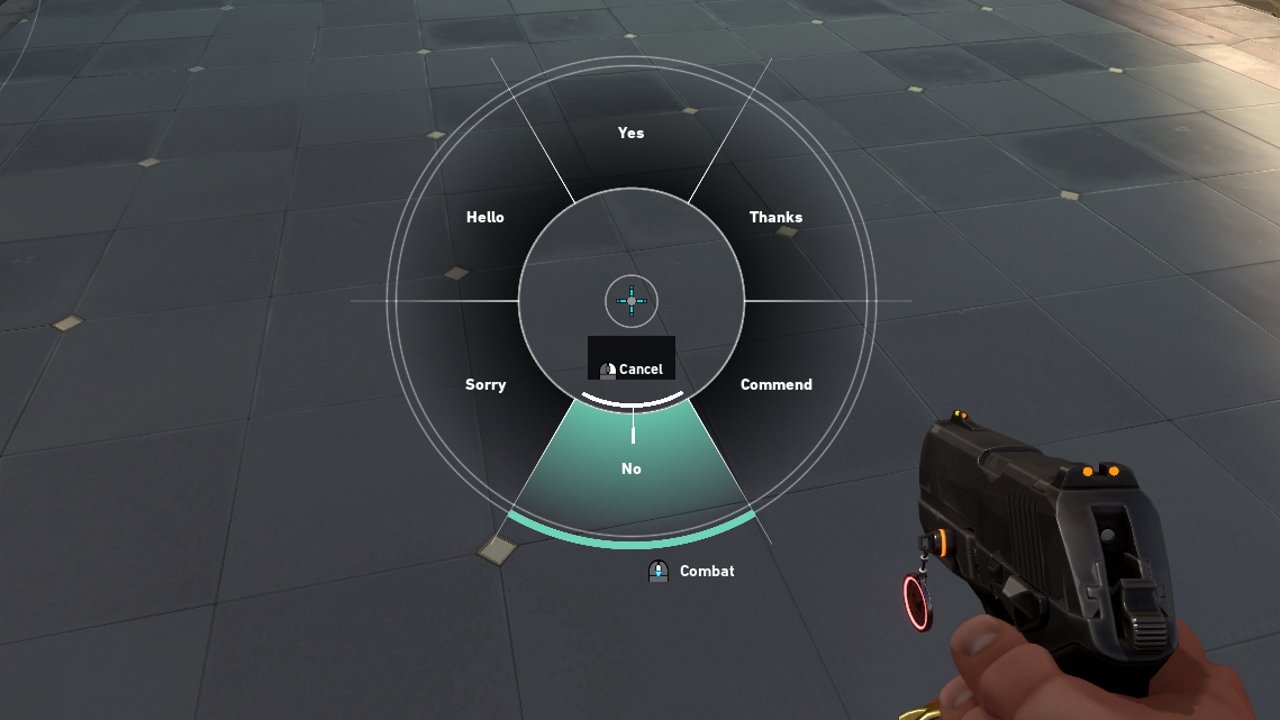 How to use radio voice commands in Valorant

Stand out from the crowd with reflective rainbow logos on HyperX X Champion collab clothing.

Hello. Sorry. No. Yes. Whoops! Sorry about that, we were just playing around with Valorant’s radio voice commands menu. What do you mean you didn’t even know that existed? Don’t worry, neither did we for several months. But if you want to communicate without a mic then it’s well worth learning how to use radio voice commands in Valorant. Handily, there’s a guide on exactly that right below.

How to use radio voice commands in Valorant

Voice commands are different to the ping system, which is very handy in its own right, but quite limited. While pinging can be done by pressing the Z key, the default key for radio voice commands is Comma for the radial menu. This will open up the options shown above, with several different categories you can swap between by scrolling the middle mouse up or down. You can also bring up a numerical menu in the bottom right of the screen by pressing the Period/Full Stop key, as shown below. It’s a little less intrusive on your screen, but also easy to miss as well.

The social tab, with its yeses and nos is particularly useful when one player continues to insist on pushing that same angle every time and dying with the Spike. It’s also handy to let your teammates know where you’re planning to play, or if you think the team should play for picks rather than grouping up. If you’re on the radial menu, simply mouse over the dialogue you want and let go of the key. For the numerical menu, tap the number of the input you’re after.

Note that we don’t recommend using this system in the middle of a firefight. It’s not particularly smart to start pissing around with menus when the enemy team is pushing your position, so stick to slamming down a warning ping in those cases. Still, it is nice to have the option to say hello to all your teammates at the start of a match, even if you don’t have a mic or would rather not use one. It also shows just how many voice lines are in the game for each characters, even if 90% of players will never hear them.

So to recap, if you want to use radio voice commands in Valorant, hit the Period key (full stop) by default. You can also change this by heading to the Controls section in the settings menu and swapping to the Communications tab. For more Valorant news, tips and tricks, click here to visit the game hub.