Where to farm Savathun's Marionettes in Destiny 2

Blast through the Growth quest by learning the best place to farm Savathun's Marionettes in Destiny 2. 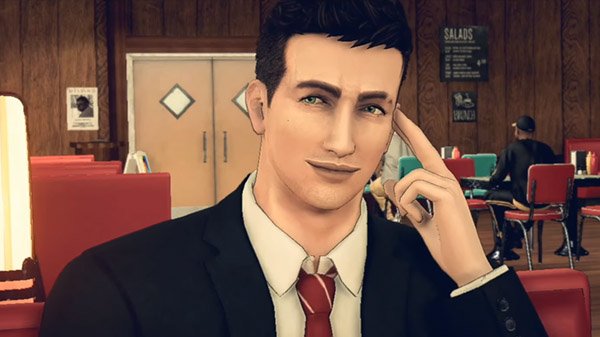 Ninja has made his return to streaming after a month off, now hosted on YouTube

Among scores for the game, which solidly hit the middle of the scale at 56/100 on review aggregator OpenCritic, many outlets and reviewers were docking points for poor performance in the Switch exclusive title.

Hidetaka 'Swery65' Suehiro made a name for himself with the original Deadly Premonition despite its myriad performance issues on the Xbox 360, which many fans saw as being part of the charm of the cult classic which featured a bizarre Twin Peaks-inspired story.

VG247's reviewer Alex Donaldson posted just one of the examples of extremely poor framerates as York skates around town in the sequel, which is far from the first time we've seen videos of the game struggle to get into the double digits. Even posts from Swery himself have shown the game freeze while struggling to render a strike in bowling.

I CANNOT BELIEVE how terribly this game runs. A disgrace. https://t.co/oYefoCDBZU pic.twitter.com/ermxLzCSuM

While many fans may appreciate the return to the janky charm of its original, even the 360 version didn't suffer quite as badly while heading out in free-roam. Many of the subsequent ports of the games to other platforms had worse problems, possibly due to the time and expense of porting an independently developed game.

Fellow reviewer Jim Sterling has asked PR representatives for developer ToyBox Inc. whether there will be any future patches to fix the tech issues leading to low framerates, which the PR reportedly denied. However, since then the game's English-language publishers Rising Star Games have announced that the team is working on technical improvements to the game that could come in a patch after release.

Thank you all for your feedback regarding #DeadlyPremonition2!

We would like to officially clarify that the development team are constantly working on improving the title and patches are in the works.

Are you happy to see Deadly Premonition 2's Switch performance living up to the expectations of its forebears? Or are you hoping for a patch to fix the tech issues before you decided to jump back into Francis 'York' Morgan's story?