It hurts so good. 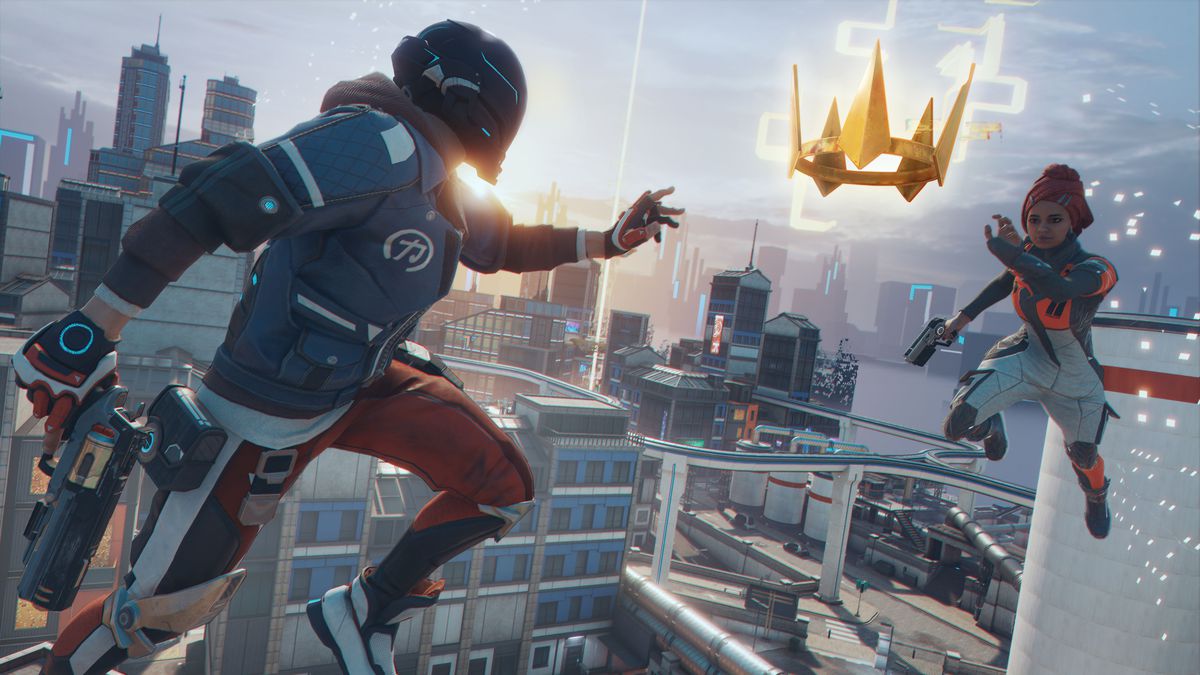 Use the best hack and weapons build with our Hyper Scape loadout guide.

It’s only been a few days since Hyper Scape arrived on the battle royale scene, but Ubisoft is already dropping patches to balance some of the weapons and hacks available. If you want to know everything including in the July 6 patch notes for Hyper Scape then you’ve come to the right place.

The biggest changes in the July 6 patch for Hyper Scape are nerfs to the Hexfire minigun and Skybreaker. Both were getting a lot of use in the PC test so far, with complaints from several users. The full patch notes were shared on Reddit by Ubisoft, but we’ve got the full listing below for you to scan through:

The Hexfire (aka Mini-gun, aka brrrrr!) was behaving in a much more dominant/all-purpose role than we witnessed in our own internal tests. The Time-to-kill (TTK) of the weapon is too fast if you add the benefit of a large magazine and firing stability. We want gameplay to be diverse, and so the Hexfire needs to become a less obvious choice vs. other weapons.

We are reducing the overall damage output of the weapon, but without seriously changing its core behavior & comfort for now. We will continue to monitor it moving forward.

The Skybreaker’s success has broken our expectations. In our tests the Skybreaker was used as a slower but powerful/contextually great weapon. We’re pleased to see it used in fast airborne combat, but we believe it’s currently doing a bit too much damage compared to other weapons.

Only damage will be lowered, for now the gun behavior & blast radius are unchanged.

Salvo has been used a lot, and raised many comments about its brutal efficiency indoors. Although we like its accessibility, it’s become a bit too much of a short-range, fire-and-forget weapon. For now, the proximity detonation will not be modified but we will lower its damage a bit.

The small damage reduction will be enough to prevent a 4-hit kill at full Fusion.

Komodo has seen some use but we feel it needs a little buff to be more of an option vs. Salvo or Ripper. We will adjust its damage based on the new values of Salvo.

The first days of the Technical Test have seen little usage of the D-Tap. The weapon’s auto-lock system works. However, we believe its damage output is a bit too low to make it interesting enough, so we are increasing the Rate of Fire, both in Hip-fire & ADS.

The Armor Hack did not have a dominant presence in our internal tests so far, which proves how useful this Technical Test with all of you has been. Armor has been heavily used in the previous days and generated a lot of discussion. We have seen players learning how to time their attacks to exploit its inherent weaknesses (while in armor you can’t shoot, you can’t use a hack, you can’t even break a barricade with melee). However, even so, the Armor remains a strong hack that we are changing to be less powerful. The fact that players have learned to use the cooldown “Fusion-reset” to double stack it (or even triple stack it) while wearing the Crown is amazing but we can’t let players get up to 24s of Armor non-stop during Showdown.

We are not changing the behavior for now, but we are modifying cooldown and duration to create more windows of opportunity when facing an armored contender.

Dark Haze mode has shown more Mine usage compared to Crown Rush but we think it is still underused compared to other hacks. The Mine is currently a bit slow to react and managing to hit players reliably with it is harder than we expected.

Mine’s overall reactivity will be improved: Its trigger time will be shortened so it activates and starts chasing players sooner, and the Mine Projectile acceleration will be increased.

Those were the full Hyper Scape patch notes for July 6. Are you happy about the changes? Let us know your thoughts in the comments below.