How to swim in Animal Crossing: New Horizons

Dip your feet with our guide for how to get a wetsuit and go swimming in Animal Crossing: New Horizons. 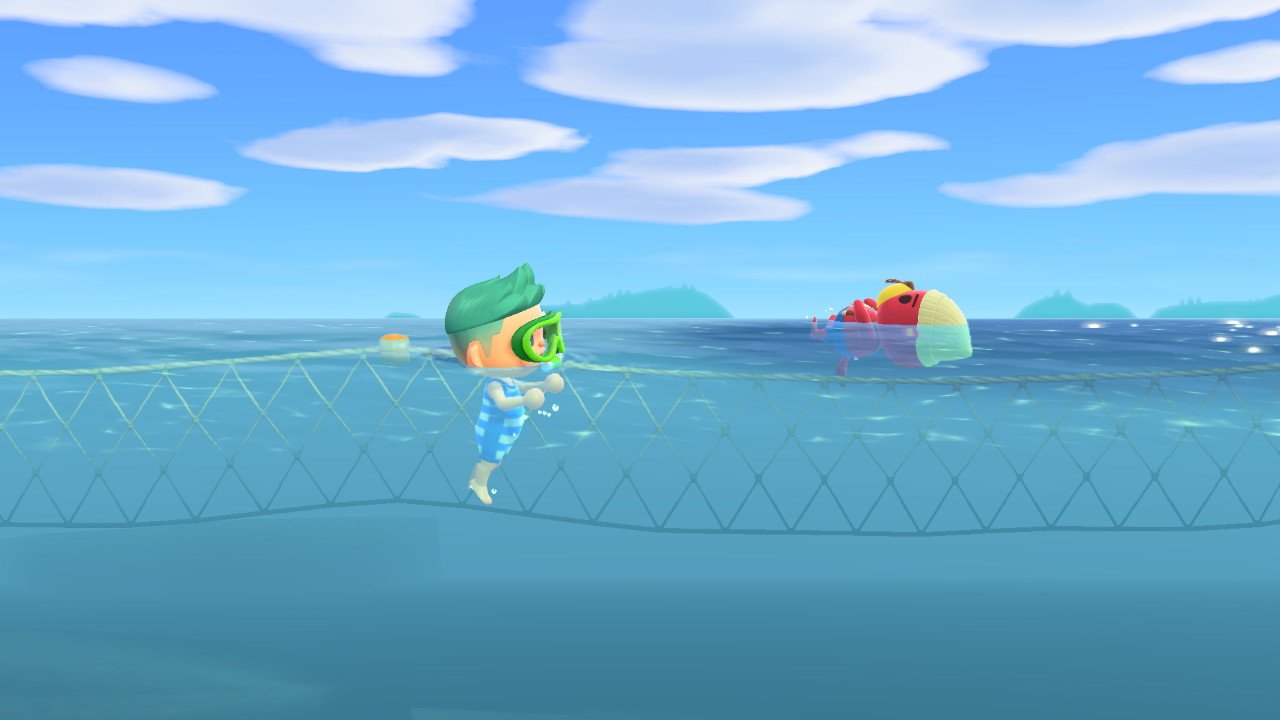 Not quite the whole ocean, but provided you grab yourself a wetsuit, you can now jump on into the seas around your island and go for a paddle. The big new feature is part of Animal Crossing: New Horizons’ first summer update, which was announced just over a week ago.

The first stage of the new summer content brings more than just the ability to dip your toes, however. In the waters are a host of fresh sea creatures waiting to be discovered, grabbed, and transported to a new and hopefully comfortable home in Blathers’ museum. You can open up your Critterpedia app to find a separate page for these sea creatures, just waiting to be filled. So far we’ve found Sea Grapes, Sea Slugs, Sea Pineapples and even a friendly octopus!

Now you might think that swimming in waters known to contain great white sharks is a bad idea, but fortunately the toothy fish of the AC universe only seem interested in having a nibble on your line, rather than, say, your leg.

You’ll also be able to find Scallops by diving underwater. These are a new type of currency which can be traded with the laid-back otter Pascal, who can be found swimming around the boundaries of your safe swimming area. Hand them to him and you’ll be able to collect special mermaid-themed crafting recipes. To make them, however, you’ll need to discover some pearls on the sea floor, and given they’re a rare find, you might need to spend quite some time diving if you want to make the full set!

Today’s update isn’t the last love Animal Crossing: New Horizons is getting this summer. August 3 will mark wave two of new summer content, though right now we don’t know what Nintendo plans to add. Expect more details of that this month, once we’ve all gotten over the excitement of taking a splash.

Here are the official patch notes from Nintendo, though as usual they’re pretty brief:

Are you enjoying the new update for Animal Crossing: New Horizons? Let us know your favorite part in the comments below. Click here to head to our game hub for more news, guides and features for the game.