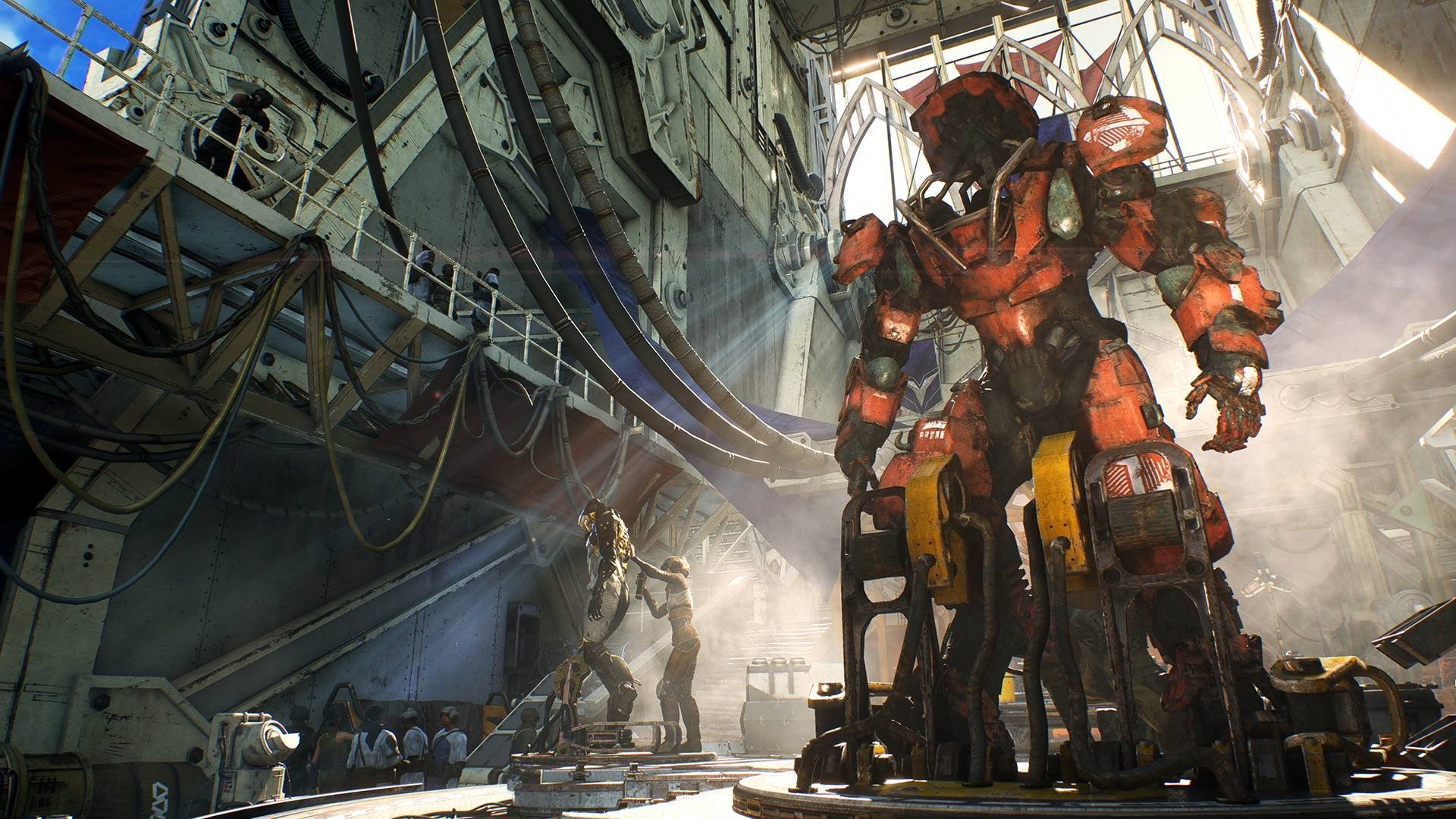 BioWare's ambitious new multiplayer action title Anthem will be released in early 2019, according to a new report that claims the developer has "essentially transformed into a single-game studio" in order to get the game out on time.

The detailed report from Kotaku is based on input from "more than half a dozen people close to the project", and while it doesn't have much to say about the game itself, it does shed plenty of light on the circumstances of its development.

Apparently Anthem has been in development since 2012 and spent an extended period in pre-production before work ramped up on it more recently, and while Kotaku's sources say development has been troubled, they also say it has shifted from "this game is screwed" and more towards "game development is really hard". Apparently Frostbite, EA's internal engine originally developed for the Battlefield games, is a regular source of frustration.

The report suggests the bigger challenge for Anthem may be the conditions under which it launches. Nobody expects it to be perfect - just as massive games like Destiny were not when they first launched - but the studio is reportedly concerned that EA may not be very patient with it following the commercial failure of Mass Effect Andromeda.

EA's severely damaged reputation with prominent YouTubers is also put forward as a potential stumbling block that could lead to reputational issues for the game.

We're certainly interested to see how it pans out, mind you, especially after Destiny 2 failed to live up to the hype. It sounds like we'll learn more towards the end of this year.