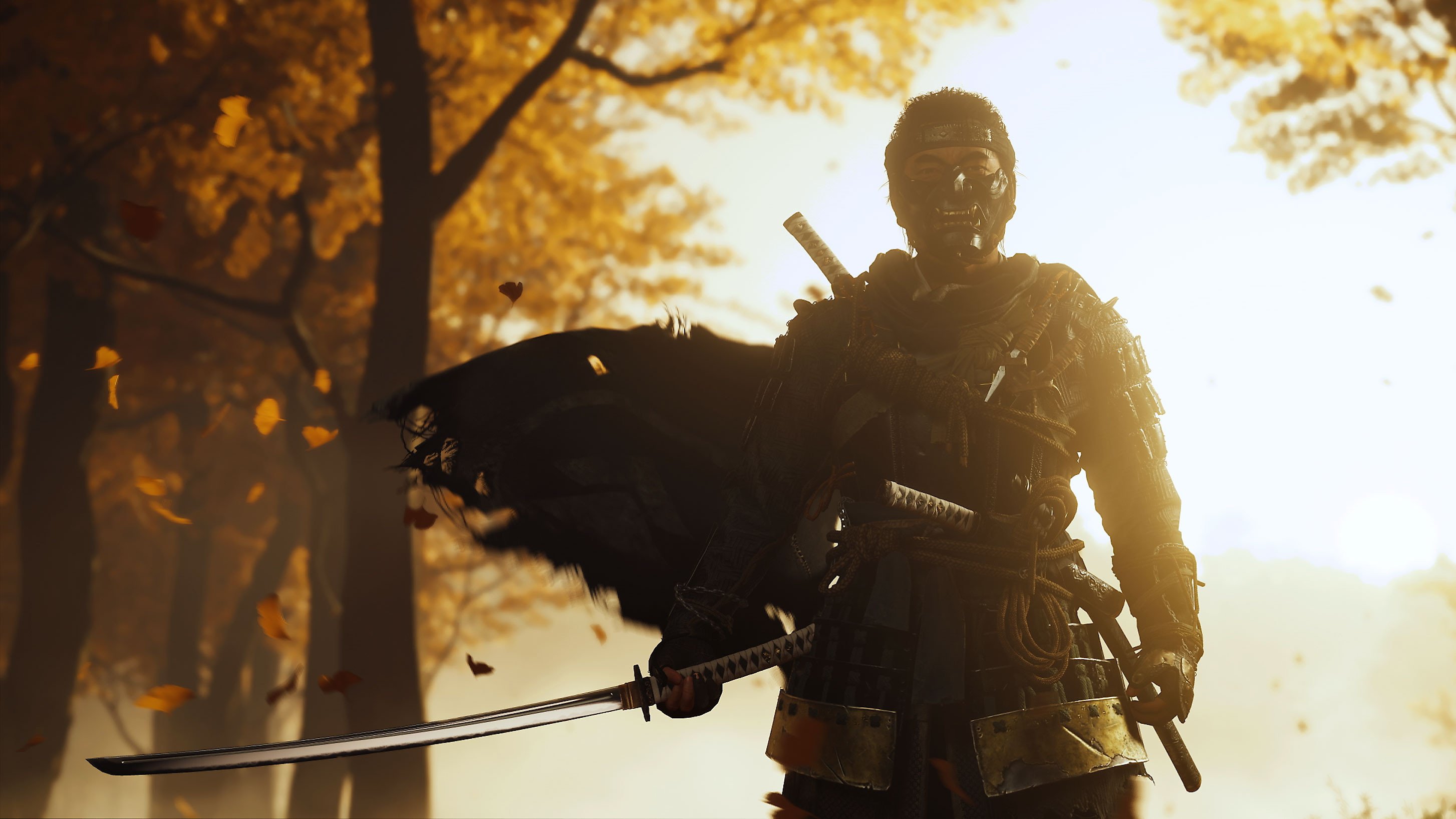 On the PS Blog, it was confirmed the official soundtrack for Ghost of Tsushima will be available as a two-disc set or digital download on July 17, the day of the game’s release. While that date is still a few weeks away, gamers looking forward to Ghost of Tsushima are in for a treat as you’re able to preview two of the songs from the soundtrack right now!

We’re a few short weeks away from the release of Ghost of Tsushima on July 17, and in a new entry on the PS Blog, it was confirmed that the game’s full soundtrack will be available the same day. Furthermore, gamers are able to preview two songs from the game’s soundtrack starting today.

The two songs available for preview give you a taste of each of the two composers working on the soundtrack, Ilan Eshkeri and Shigeru “Ume” Umebayashi. If you’re unfamiliar with these composers by name alone, Ilan Eshkeri has written movie scores for films like 47 Ronin and Kick-Ass.

Meanwhile, Shigeru “Ume” Umebayashi has composed for films like House of Flying Daggers and Curse of the Golden Flower. The two also worked together in the past composing music for the film Hannibal Rising. When listening to music from each composer, it’s clear each one has their own recognizable style and approach.

It’s wonderful to be able to get a small taste of the beautiful music from each composer that’ll accompany you in Ghost of Tsushima. You can hear Shigeru “Ume” Umebayashi’s handiwork in the song Tsushima Suite -III. Bushido, and then you can get a feel for Ilan Eshkeri’s style in the song “Jin Sakai.”

According to Ilan Eshkeri, “The Way of the Ghost” was among the first pieces written for Ghost of Tsushima.

“Jin’s theme, 'The Way of the Ghost,” was one of the very first pieces I wrote. Usually productions are ready for music after everyone else has been working on the game.

As much as you might understand the story, it always takes time to really get under the skin and appreciate the depth of well written characters and story. While some of my first sketches evolved, this theme really stuck,” Eshkeri explained.

“It’s all about how the people of Tsushima see him. He is their hero: strong, infallible, inspiring and full of hope, but what really fascinated me about Jin is the contrast of what is going on inside him.

In order to save his home and the people he loves he must go against everything he was taught to believe in and break the code of the Samurai. Throughout the game, Jin is a character in deep emotional conflict and this, above all else, is what drew me to Ghost.”

Eshkeri went on to talk about how he studied ancient Japanese music and the various pentatonic scales used in Japanese music. Some of the instruments Eshkeri utilized when creating songs for Ghost of Tsushima include the shamisen, shakuhachi, koto, taiko, biwa, along with Mongolian chants.

Adding authenticity to the soundtrack, the team brought in Buddhist monks from Honjyuji and Myounji temples to do some of the chants while Tuvan musician Radik Tyulyush contributed Mongolian chants. For instruments like the biwa, it was difficult to find a musician capable of playing it.

Fortunately, Eshkeri and the team at Sucker Punch were eventually able to locate one and bring them in to play the instrument on the tract, “The Heart of the Jito.” Looking through the blog post, Doctor Osamu Kitajima is credited with recording Japanese solo instruments like the biwa.

With so much work put into making the Ghost of Tsushima feel both authentic and complementary to the setting of the game itself is astounding.

Continuing through the blog, we get to hear from Shigeru “Ume” Umebayashi on his approach to the Ghost of Tsushima soundtrack.

“When I was composing music for the game, I was inspired by Japan’s nature, climate, traditional lifestyle, and classical Japanese music. My compositions feature various Japanese instruments, including shakuhachi, koto, and Japanese taiko,” Umebayashi began.

“But the instruments are nothing without the players. For me, I view musicians as crucial avatars of myself. They materialize the music that I envision and want to tell, delivering it to the listeners. Without this collaboration, I would merely be a street musician who nobody listens to.

When listeners hear the music for the game, I hope that they feel the hearts of the people of Tsushima – those who love the land, living and plowing with the natural bounties it offers, and those of the warriors who take their katanas and follow the way of the samurai.”

Overall, it’s clear the team at Sucker Punch and composers Ilan Eshkeri and Shigeru “Ume” Umebayashi spent a lot of time on the project, and we’re really looking forward to hearing the music both in the game itself, and in the full soundtrack that’ll be available in a two-disc set and digitally on July 17.

Until then, we’re curious to hear your thoughts on the two songs that are available for preview right now. Do you like one more than the other? What do you think of the traditional Japanese instruments featured in the soundtrack for Ghost of Tsushima? Comment below!