How to catch a Robust Cicada in Animal Crossing: New Horizons

Our sturdy guide will help you catch a robust cicada in Animal Crossing: New Horizons. 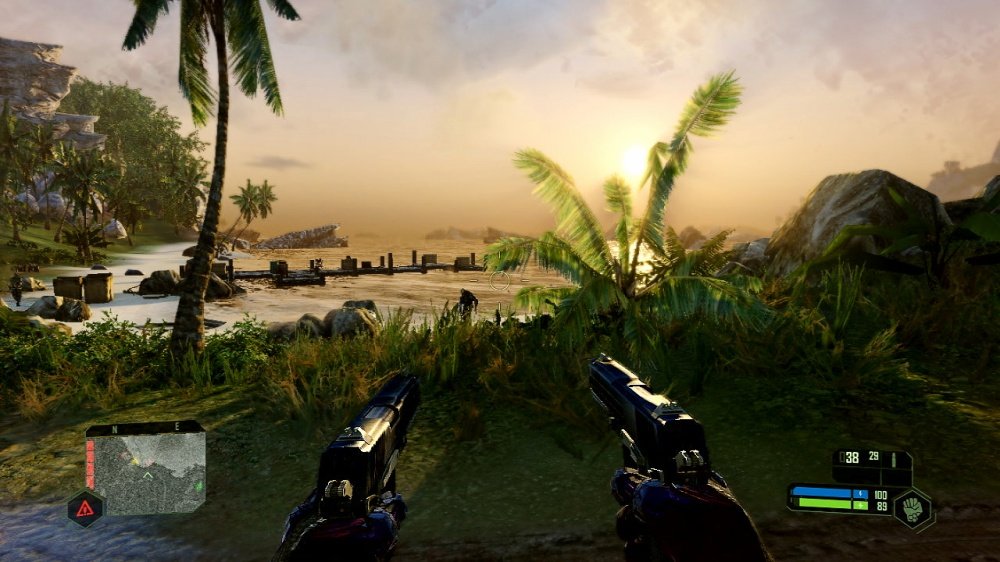 The PlayStation Indies initiative for the next gen PS5 has begun, starting with a very serious bunny.

Crysis Remastered gameplay footage has popped up on the French Nintendo eShop, proving the once power-hungry game can actually run on the Switch.

An Australian store page also includes a rumored release date of July 23 (which today was delayed to an indeterminate date a couple of weeks later), as well as a 6.1GB install size and that the game will be single-player only.

On the original release of Crysis in 2007, PC gamers used it as the ultimate benchmark for their rigs, owing to a not-especially-well-optimized title with cutting-edge graphic technology for the time. Now, 13 years later, even Nintendo's diminutive handheld can run the game in what appears to be passable fidelity.

Of course there are still some hallmarks of the porting process for the Switch, which boasts only as much processing power as a Google Pixel C thanks to the Nvidia Tegra X1 ARM chip. Geometry is flattened, thinner objects suffer from anti-aliasing issues which produce jaggies and moire effects, but some of the dynamic lighting has made it in as well as a lot of the revolutionary-at-the-time physics interactions in the environment.

They're very fond of shooting at enemies through the palm leaves and trees in the Crysis Remastered Switch gameplay trailer to show off the way vegetation snaps off in the path of a bullet.

The game also contains all the thrilling gameplay of the original, including the nanosuit and weapon customization, which lets you swap out attachments from all over your arsenal on the fly.

Pre-order prices from the French site suggest it'll come in under $30 when Crysis Remastered goes up on the US Nintendo eShop, however it will no longer release on July 23. But, the same date is rumored to be when Microsoft is showing off more of the Xbox Series X first-party games, so at least we'll still have something to look forward to on the day.

Are you going to be picking up Crysis Remastered on the Switch after seeing its gameplay trailer?