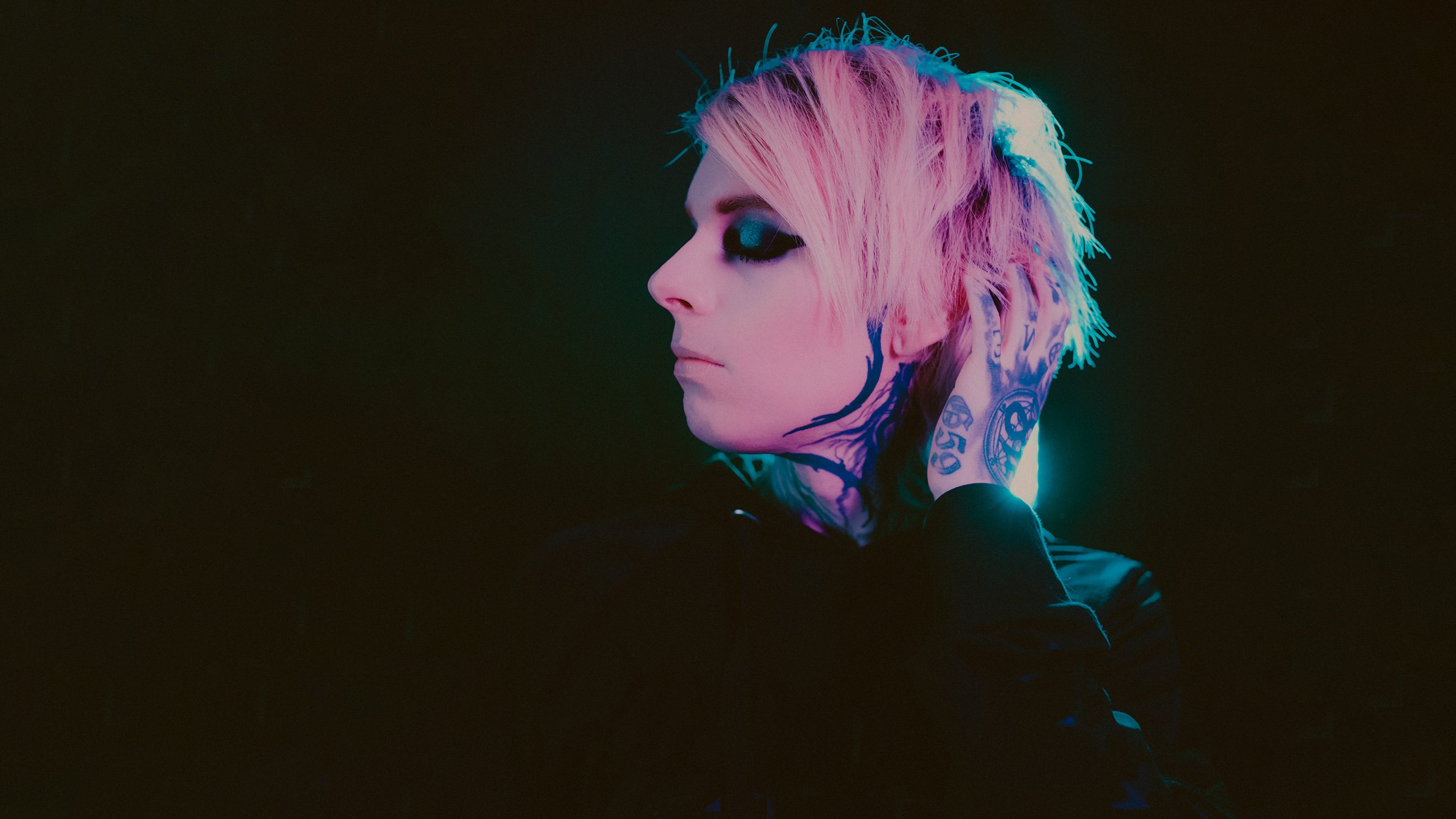 From memes to cyberpunk dreams: Varien's transformative journey through music

Nikki Kaelar has been making music professionally for over a decade, first for the memes but most recently under the stage name Varien, and composing for many of our favorite movies and games. As a composer and programmer working with Hollywood studios she has added epic orchestral scores and a touch of gritty noise to the soundtracks of John Wick 3, Hotel Mumbai and Furious 7. And working with developers including NetherRealm, she’s put a twist on a wide range of game music genres, from Injustice 2 to Dan Salvato’s cutesy soundtrack to Doki Doki Literature Club. She’s even penned a hit single for K-pop group VIXX.

This immense range has resulted in a sound that is at once amorphous but never generic, adapting to new styles like a fish in water. However her musical exploration has also charted a personal journey of growth and self-acceptance.

“I don't have a personal sound, when it comes down to it,” Varien tells us, from the quarantined safety of her Florida home. “These days I focus on the more industrial space. I am no longer in the ‘here is what I think darkness sounds like’ phase. After everything I've gone through, I am the darkness. Now I explore the fissures in our brain that contain something alien. Something unreal. I want to articulate that.”

What it is that Varien has gone through is a metamorphosis in every sense. Having risen to prominence off the back of a 2010 meme remix of Justin Bieber’s hit single “U Smile” (the original has been lost to the sands of time), she continued on to a hitlist of EDM achievements, under the Twitch-friendly music label Monstercat. This led to movie trailers, movie soundtracks and EP releases that run the genre gamut from synthwave to progressive metal to industrial and apocalyptic neofolk. It’s ok if half of those don’t mean much to you, they’re rarely the types of music to be constrained by simple categories anyway, which suits Varien’s particular desire to create just fine.

“Honestly, I am still the nerd who loves complex music in terms of musical technicality,” Varien says. “I still claim [‘80s prog-metal outfit] Dream Theater as my favorite band. That being said, I'm now also interested in complexity and its relationship to the abstract. I like the weird, the gritty, the aesthetics that pierce the mind.

“I would say in short, that my quest is both to return home to a progressive metal mindset, but with my modern abstract influences injected. I enter voids of Lovecraftian magnitude, searching for a sample to bring back and make into something other people can experience. Imagination is one hell of a drug.”

As you might expect of someone determined to mine their own mind for Eldritch horrors to unleash on their fans, worlds that drip with imagination are a huge boon to her creativity. Some of Varien’s biggest inspirations come from a broad fictional oeuvre centered on the cyberpunk aesthetic. In fact, her first arrival onto the scene with that Justin Bieber meme remix was also born of similar blood. Varien noticed that when you slow down U Smile by 800%, the stock pop ballad is transformed into something haunting, more reminiscent of Sigur Rós, or Vangelis’ seminal soundtrack to Ridley Scott’s 1982 cyberpunk thriller Blade Runner.

With recent hype for Cyberpunk 2077, and the explosion of other TV shows and anime exploring its ideals over the past four decades, the public consciousness has boiled much of this genre down to a few keystones: the lights, the synth, the robotic eyes. But for Varien it’s a more complex and messy muse, closer to its roots.

“I like the grit. I sympathize with the unkempt, the imperfect, the sloppy, the dirty,” she says. “People forget what cyberpunk is really about, and I addressed this in my last album ‘The Second Industrial Revolution’. Cyberpunk is not about the neon lights, or the 80's music. It's about total economic and environmental collapse, corporate overlords, and a sense of chaos. All the technology we could ever want, but at the sacrifice of culture, fairness, and community. The true music of cyberpunk to me, is not synthwave. It's techno, blasting against sweaty bodies and losing yourself in the hypnotic kick pattern.”

Discounting how close that description sounds to our current reality, there is something aspirational and sanitized to a lot of cyberpunk representation in music. Varien’s own foray into synthwave with Mirai Sekai (in collaboration with 7 Minutes Dead) is everything audiences might expect from Japanese-infused megacity soundscapes. But her third studio album, The Second Industrial Revolution, really digs into the rotting heart of post-industrial landscapes in films such as Cloud Atlas and The Matrix (both directed by Varien’s inspirations, The Wachowskis).

In the period between releasing these two works, during 2017, Varien went on hiatus with a self-enforced social media blackout. Dealing with the illness of both parents, burnout from years of full-time music production, and a waning long-term relationship, Kaelar entered a cocoon in search of herself. She took the time off to rebuild, spend time outdoors, visit the zoo and play video games that meant something to her. In 2018 she returned to making music, in a better place emotionally, but still working hard to become a person her future self could be happy with.

In May this year, she took another step on that path, posting a vlog to her YouTube channel in which she came out as trans to her fans. In it she describes her path to this revelation as a ‘toe-dipping experience’ all over the gender spectrum. This fearless exploration of herself mirrors her approach to music, and her influences are on display even here. The background track chosen for this intimate personal proclamation is the theme from the Bunker in NieR: Automata, Yoko Taro’s philosophical examination on the nature of humanity. It’s hard not to see the parallels in Varien’s musical and personal development with the stories she finds inspiration and strength in.

“NieR: Automata is a seminal work in Humanism,” Varien tells us when we discuss it. “It's an achievement in expressing very complex emotions and moral quandaries, and it has had me biting at the nib to explore every aspect of it still these years later. Of course, I've platinumed it. I pretty much just want to interview Yoko Taro at this point, haha!”

Throughout her life, Varien has had similar experiences with a number of game series, mostly from Japanese developers – to whom she owes a deep debt of gratitude for helping develop her own musical tastes. (“Let's just put it this way, I am NOTHING without [composers] like Yoko Shimamura and Shoji Meguro. Zero.”)

Among them she lists Final Fantasy XIII, the Shin Megami Tensei mainline series, Persona, Digital Devil Saga, Chrono Trigger, The Last of Us, Super Metroid, Bloodbourne, and Dark Souls. Even with NieR, despite its appearance alongside one of the most formative decisions of her life so far, there’s still even more to it.

“It's not about gender for me,” she says. “Superficially, I am ecstatic about affirming what I've always wanted, but philosophically and spiritually, it's all a part of the quest to continue to understand my place in this life, in this time. Media helps us explore different viewpoints, inspires us, and invites us to pick up the pen and become a true auteur. That's what I'm here for.”

The themes of many of the biggest works in cyberpunk fiction also resonate with Varien in other ways. From tropes like the concept of ‘resleeving’ from Altered Carbon and, to a similar extent, Ghost in the Shell, to more profound questions of humanity’s existence. Even death itself.

“I am transgender but I am also interested in transhumanism,” she tells us. “I'm interested in studies and breakthroughs in real life. My main hope is to continue to explore this beautiful world; to learn more languages, to travel more, to love more, to give more, to create more.

“But I also understand from a spiritual point that you can't have everything, and if I must pass on before any major leaps in biotechnology, gene therapy, and the role of telomerase fraying becomes a consumer option, that's okay. Do I think death is a disease? It's a gray area. But it's on the horizon and I'm interested in what the implications might mean for our future. It may very well be the only way forward in keeping up with artificial intelligence.”

Before humanity transcends our mortal forms, however, there is much more for us to address within ourselves. Varien’s courage to make the decision to live as who she knows herself to be is the result of years of discovery. One that can often be quite painful to go through. Finding solace in her music, and the work of others, is just one way of helping people through that. And the immersive worlds of games can help, too.

“I grew up on FFXI, it means so much to me,” she tells us. “It has saved my life, has been a subject of study as to what makes it great – to me – even after 18 years. The soundtrack brings me to tears and grounds me when I am fraught with panic. It's funny to remark that a digital world can bring comfort to the physical world. I feel like I am quoting The Matrix here, but this is a true life experience I know many people can identify with.”

Varien is currently signed to 24-8 Management, and though there are no live shows to speak of at the moment, she plans to begin streaming again once internet faults are fixed. You can find her on Spotify, Twitter and Twitch.