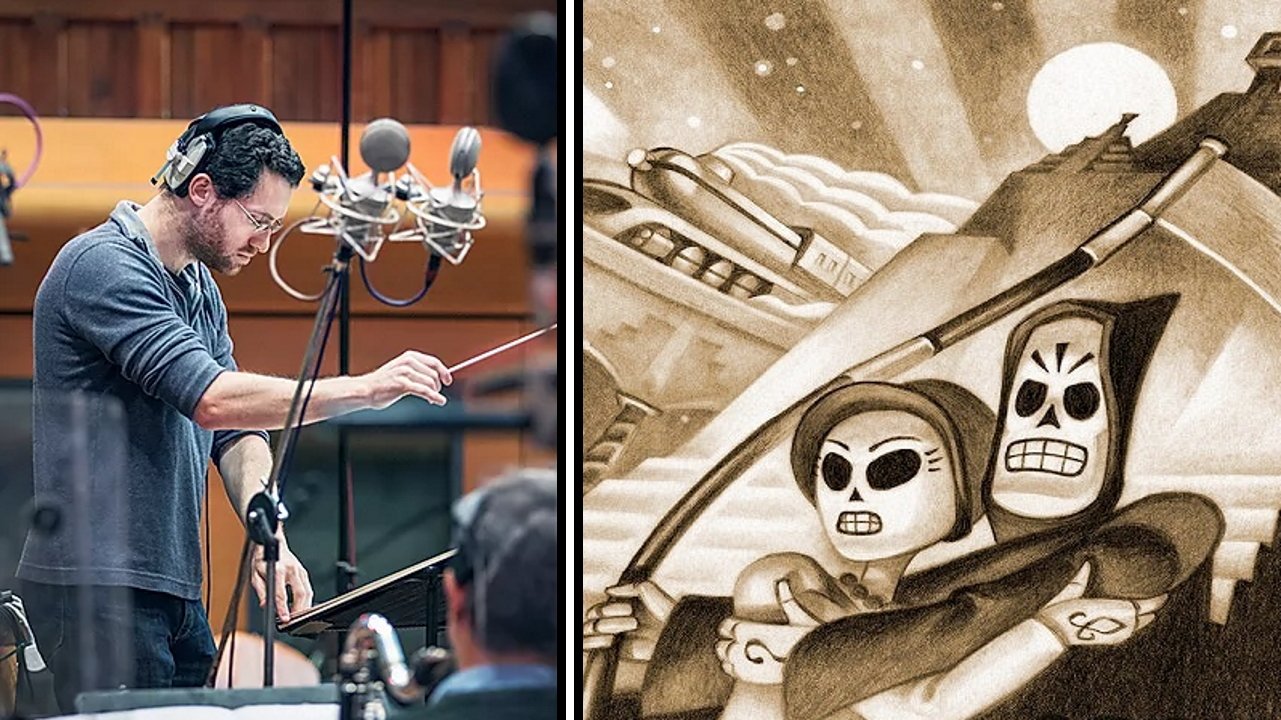 The tracks they’ve produced have accompanied us through hours of study, work, procrastination, and even a board game night or two. So where do the people behind our best-loved gaming tunes turn to for musical distraction or inspiration? In Composer’s Choice, we put the question to them directly, asking famous composers in the industry to share their favorite video game soundtracks with us. One of the most acclaimed video game composers of the modern day and the winner of multiple BAFTAs, Austin Wintory joins us in this edition of Composer’s Choice.

Wintory is one of the most recognized names in video game music, most famous for his soundtrack to Thatgamecompany’s 2012 release, Journey (available in full on Spotify). A short indie game of exploration, struggle, and co-operation, Journey won a cavalcade of awards and nominations, large numbers of which recognized the emotional impact of Wintory’s soundtrack.

In recent years Wintory has scored, or contributed to, a vast array of titles including John Wick Hex, Erica, The Banner Saga, and very recently, League of Legends. Soundwaves of the years ahead already look prepped to carry his tunes to our ears via titles such as Chorus and The Pathless. The months preceding a new generation of consoles are a busy time for all those involved in game development, but Wintory took the time to share with us his love of a truly iconic LucasArts title from 1998.

Narrowing down beloved gaming tunes to a single soundtrack is far from an easy ask for any video game fan, let alone a composer. Wintory is no exception to the rule, but under the cruel whip of a gently probing email, he settled on a score widely regarded as an all-time gaming great.

“As you might imagine, it's an insanely difficult question!” Wintory said. “If I had to just name one score though, my go-to answer is always Peter McConnell's seminal Grim Fandango, during the heyday of the LucasArts point-and-click adventure.”

The first of LucasArts’ adventure games to use 3D graphics, Grim Fandango whisked gamers of the late nineties into a noir adventure set in the Aztec afterlife. Presented with such an exciting premise, San Francisco-based composer McConnell sought inspiration from the clubs of his area, blending big band swing and lounge jazz with mexican folk music. The result was a remarkable soundtrack that – combined with some of the best writing video games had ever featured – left a lasting impression on many. In Wintory’s case, it even served as the catalyst for his own career.

“Not only is the game a complete narrative puzzle game masterpiece (and one of Tim Schafer's crowning achievements as a writer), but the score was one of the earliest I remember playing and being struck by on a performance level. The musicians just dripped with personality. At a moment where I was really starting to see what I wanted to do with my life, this was a shining star of a moment.”

As FPS and platforming titles continued to rocket in popularity, Grim Fandango delivered a phenomenal last hurrah for the golden age of point-and-click adventures. Accompanied by the smooth jazz and brass of McConnell’s score, no genre of gaming could really ask for a more fitting celebration and sendoff. Fandango’s soundtrack, however, lived on. In 2015 it was  remastered and released anew, this time performed by the Melbourne Symphony Orchestra.

McConnell’s exceptional work on Grim Fandango made it no surprise that director Tim Schafer went on to collaborate with him on many other titles including Psychonauts, Brutal Legend, and Broken Age. Working alongside Schafer’s studio Double Fine Productions, McConnell will also score the upcoming Psychonauts 2, currently planned for release this year.

We’d like to thank Austin Wintory for taking the time to share his passion with us. You can stay up to date with all his future work by following him on Twitter. To check out all previous Composer’s Choice editions including Grant Kirkhope and Will Roget, II, click here.