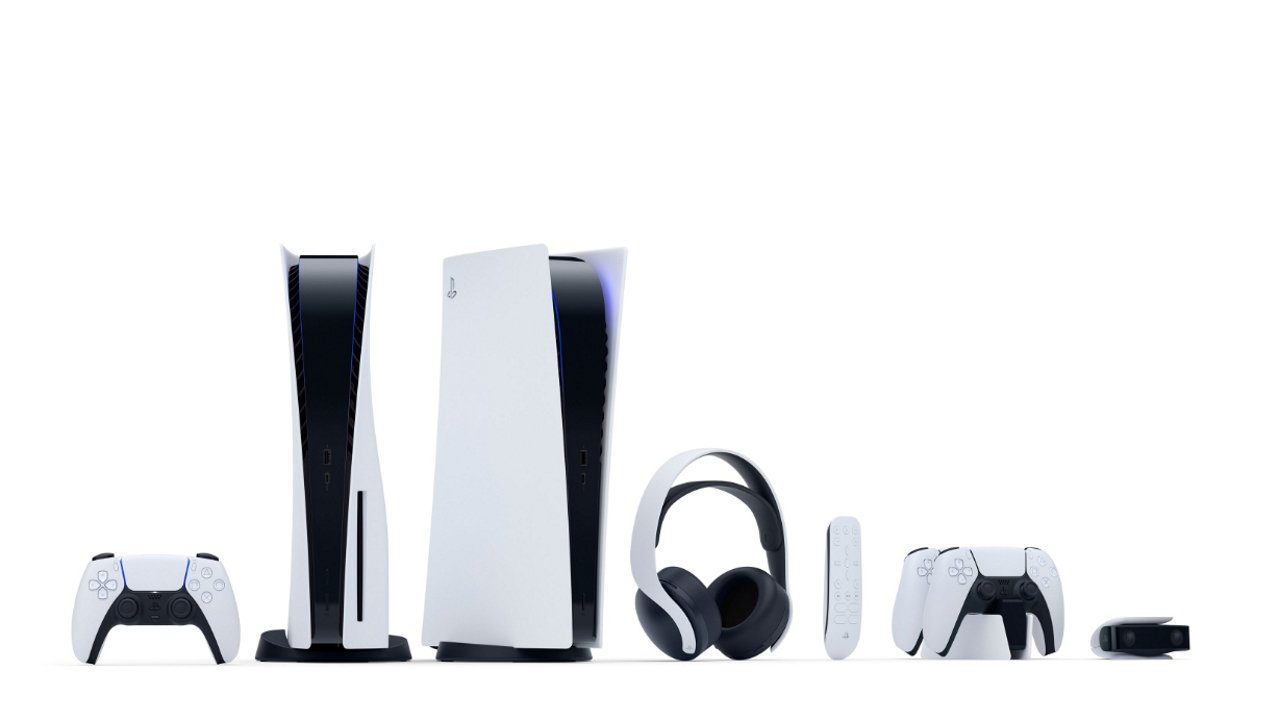 She’s beauty, she’s grace, she’ll shove two white sheets in your face. It’s been a couple of weeks since Sony revealed how their next generational console, the PS5, would look. Suffice to say, it was a bit of a surprise. There was plenty to love about the reveal stream for the PlayStation 5, but the giant tower of black and white that formed the console itself proved just a little bit polarizing, spawning admiration and entertaining images in equal measure.

Now that we’ve had some time to sit and reflect on the next-gen console which could adorn our homes this very year, are we finally ready for a more serious discussion about the PlayStation 5? Of course not. It’s time to look back and laugh anew with a roundup of the best PS5 design memes following the reveal.

While Nintendo is off doing its own successful thing with the Switch, you might expect Sony’s biggest competition in the console space would be from Microsoft. The Xbox Series X will likely offer some hot competition to the PS5 this holiday, but right now everyone seems to be finding more similarities with their routers. So much so that Twitter user Alex reckons he already owns a PS5.

damn say what u will but the ps5 real slick in person doe pic.twitter.com/YrygzmclPu

It’s not all bad though. While plenty of people are complaining about those two curving plates strapped either side of the device, many others like Chris Plante seem to think it fits the bill pretty well.

Wait, sorry, that’s the wrong kind of bill. We didn’t mean to ruffle your feathers.

In fact you could say it’s causing a bit of a flap. Sorry, these puns are so bad that it must be about time we ducked out of here.

Silly comparisons aside, the PS5 design has already inspired artists to try their hands at creating special editions, even if they’re of the, uh, less-conventional sort. BossLogic — who you might recognize as the artist behind the Assassin’s Creed: Valhalla reveal image — was clearly excited for a new Spider-Man game and whipped up this homage to a certain scene from the cinematic universe.

Marvel’s silver screen heroes aren’t the only fantastical feature films that PS5’s reveal has brought to mind. Reddit user Massimo3110 sees a strong resemblance to the shining white city which holds the line against Mordor’s advances.

The white tower of Sony may serve as the shield for the world of men. Or will it? Others reckon it’s more likely to be leading an orcy assault...

You can't unsee it. #PlayStation5 pic.twitter.com/oMidxcSCg8

No matter what you think of the PS5’s design, the most important factor for all potential buyers is the games you’ll be able to play. New titles are certainly exciting, but with games-as-a-service now a staple part of the industry, players will want to be sure that favorite titles like Bungie’s loot-n-shoot fest Destiny 2 will still be available. Thankfully, as PC Gamer’s Steven Messner shows, not only will you be able to play Destiny 2 on the PS5, you’ll be able to play as the PS5 in Destiny 2! Now that’s a win-win.

Those were some of our favorite PS5 design memes, but feel free to share any you love in the comments below! Mock as we might, we’re really excited to see what the PS5 brings when it arrives this holiday season. Now wash away those design woes by reading up on everything we know so far about Aloy’s return in Horizon Forbidden West by clicking here!