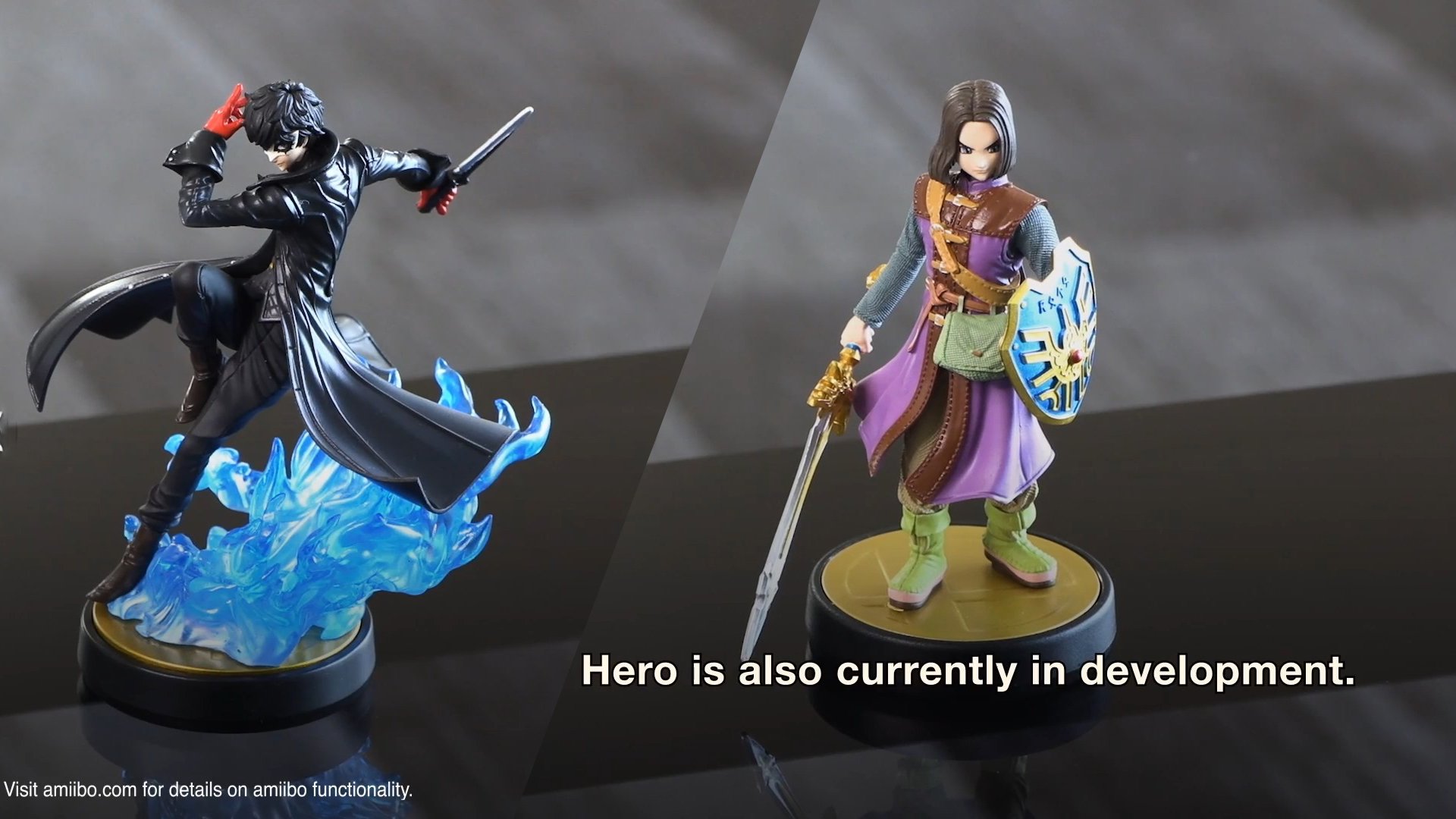 The Arms fighter has been officially revealed by Nintendo - here's a look at Min Min's moveset in Super Smash Bros. Ultimate!

The announcement that both Amiibos of the DLC characters for Smash Ultimate are in the works came during today's Smash Direct, where the next DLC fighter was revealed as Min Min from ARMS.

The Joker and Hero Amiibos are currently in development, though figurines have been sent to Smash director Masahiro Sakurai's house for him to reveal on the Direct announcement. He filmed the entire thing from his own living room, thanks to the quarantine restrictions in Japan due to COVID-19. He didn't seem to be too put out about them having to send them to his home, though. Lucky guy.

The Joker Amiibo in particular looks very flashy, with translucent plastic to represent the blue flames that appear around the character during his transformations in the Atlus JRPG Persona 5. Dragon Quest's Hero is a little more conservative, though the nameless protagonist (based on his design in Dragon Quest 11) is a timeless character design from the mind of Dragon Ball Z creator Akira Toriyama.

Sakurai also hinted that some other members of the Smash Ultimate roster could see redesigns of their Amiibo, including Zelda and Ganondorf, as their current figurines are based on their appearances in the Wii U and 3DS Smash games. There will also be Amiibo made of the rest of the DLC fighters still to come in pack 2.

Which is your favorite? Do you prefer the flash Joker Amiibo from Persona 5, or Eleven from Dragon Quest? Both will be available in Fall 2020, hopefully despite ongoing disruption to manufacturing chains caused by COVID-19.