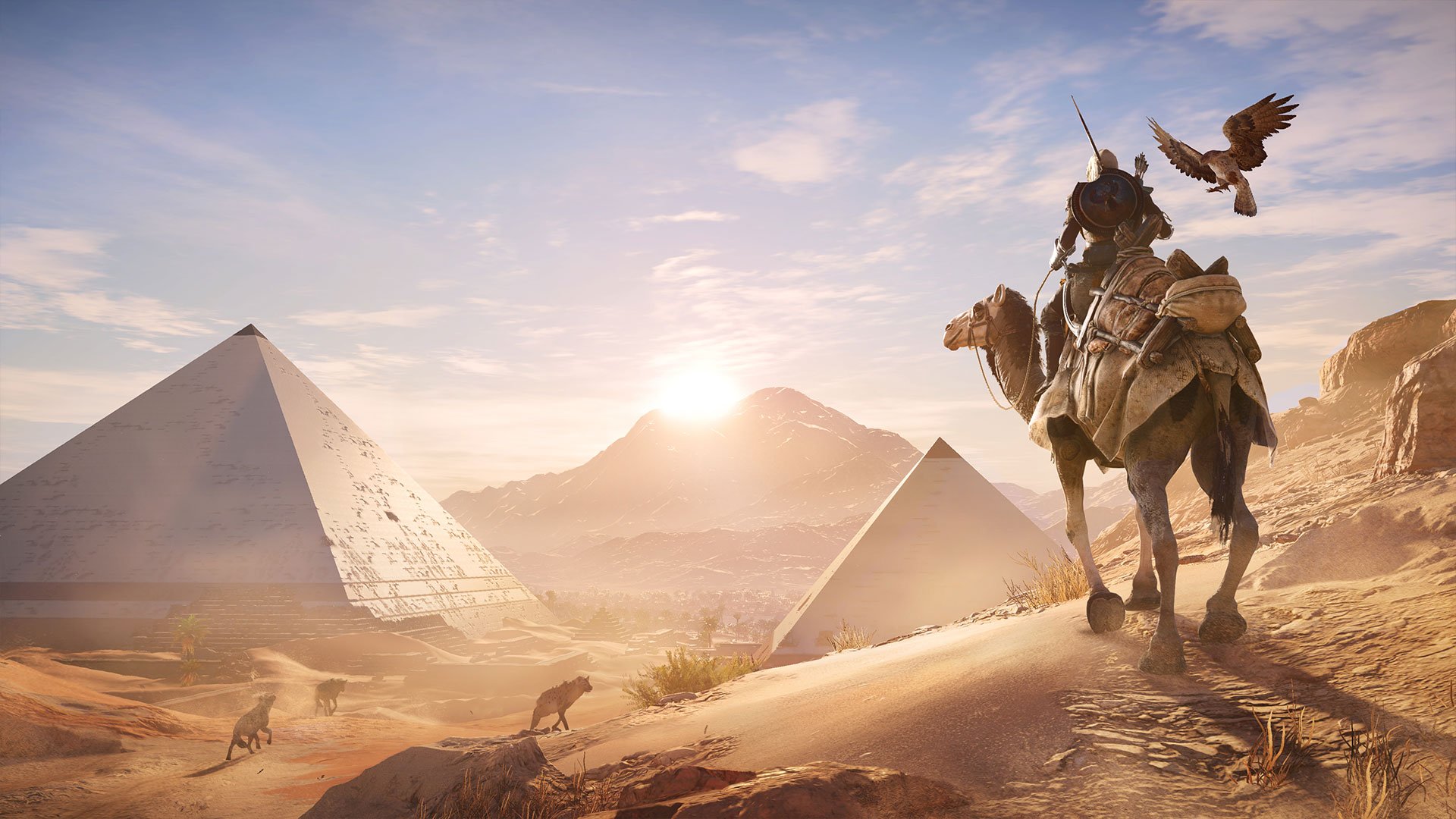 The top 10 best Xbox One games

With the world’s most powerful console, Xbox One X, and clutching a handful of exclusive franchises that still matter, Microsoft heads into 2018 with head held high. If you’re gaming on Xbox One of any sort, the following games are all worthy of your time and hard-earned expense. These are some tough acts to follow, though the year ahead looks incredible too.

Origins is the epic reboot that Ubisoft’s flagship series has been aching for since Assassin’s Creed IV: Black Flag. There’s so little that’s incremental above the most recent installments, Origins is such a hefty overhaul that so much of what you think you know is either gone or significantly reworked. The sense of wonder in the face of ancient past has returned, last truly experienced in the company of Altaïr Ibn-La'Ahad and the Holy Land; now we behold Queen Cleopatra’s Egypt. Origins’ RPG-like mission structure and progression constantly rewards investment of time. Hero Bayek is magnificent.

Arkane Studios’ exquisite sequel to the BAFTA Best Game of 2013 surpasses expectations, expanding on the gameplay-choices-with-myriad-consequences concept that inspired the original. Players choose to progress as Emily Kaldwin or Corvo Attano at an early junction, presenting at least four unique play-through variations if you consider high or low chaos, plus a challenging new Flesh and Steel mode that prevents the use of Void powers. That said, you really should not ignore these abilities at first. Emily’s are especially fun to toy around with, such as Domino that instantaneously drops all foes with one linked attack.

Bungie, the studio that made its name on Xbox with Halo, has graced Xbox One X with one of the finer X enhanced games out there. This is a universe that benefits so much from HDR support and locked 4K resolution, giving Microsoft’s platform a certain visual advantage over PlayStation 4. Even in its vanilla capacity Destiny 2 dazzles with the kind of real-time visual effects that Bungie has been awarded for. Similarly, the core shooting action has never been better, although fans continue to argue the what, why and how of equipment upgrades… Awesome nevertheless!

4. Rise of the Tomb Raider

This series has always been about the breath-taking locations and heart-stopping vistas, in which gaming’s foremost female protagonist demonstrates her combative explorer talents. The Square Enix studio Crystal Dynamics finessed a winning formula with its 2013 reboot, and in Rise we are treated to even greater atmosphere owing to extreme weather effects amid immense Siberian locations that beggar belief. The storyline is maturely written and the voice acting makes the drama compelling, albeit taken with the usual pinch of salt. More importantly, payoffs expected from legends of immortality and a mythical lost city are all present.

Canadian brothers Chad and Jared Moldenhauer made headlines with this tribute to the golden age of animation, drawing global attention to their heartfelt indie project at StudioMDHR. However, although beautiful to behold and technically marvellous, this doesn’t mean that Cuphead should also be your best friend. This is a run-and-gun, pattern-learning marathon the likes of which we haven’t seen since maybe Capcom’s Ghouls ’n’ Ghosts and Konami’s Contra. The most appropriate word on every level is authenticity, from the Fleischer/Disney art style through the wonderfully jazzy music, and classic 1980s coin-op touchstones. Don’t miss this.