Can you skip cutscenes in The Last of Us Part 2?

Find out whether you can speed things up by skipping cutscenes in The Last of Us Part 2. 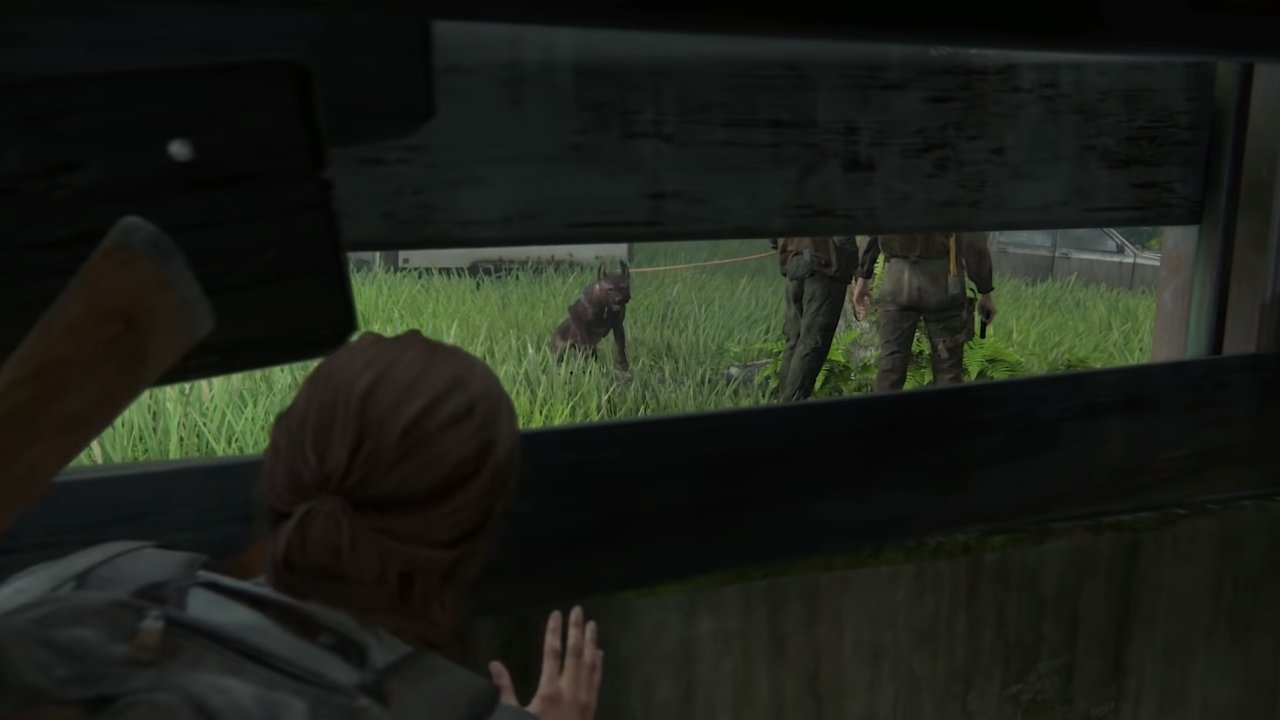 Learn how to get trap mines in The Last of Us Part 2 so you can leave an explosive surprise for the WLF and Seraphites.

A good dog is usually something to be celebrated in our books, but while The Last of Us Part 2 certainly features a pupper worth petting, the majority of its pooches are more intent on tearing out your jugular. Learning how to deal with dogs is one of the toughest parts of the game, as it forces you to rethink your approach to stealth. Hiding in grass nearby just won’t cut it anymore, so you’ll need to change up your approach.

The WLF’s dog patrols are certainly terrifying, but there are some tricks you can use when facing them. The first dog you face will already be hunting you, at which point you’ll be prompted to learn that entering listen mode will reveal your scent trail. Get used to checking this, as it’s crucial for making your way past dogs. Any time a dog picks up your scent it will bark and its handler will comment before letting it begin tracking. It’ll then follow the path until it gets close, at which point it’ll attack and alert everyone. Dogs also don’t need to cross your scent trail to pick you up. If you move too close to a dog patrol, it’ll smell you at a distance.

There are two main ways to deal with dogs in The Last of Us Part 2. If a dog is already on your trail, your best move is to throw a brick or bottle away from you. Any loud noises will draw the dog’s attention, breaking it from following your scent trail and giving you a chance to escape. If you don’t have one at hand, however, you’ll need to keep moving to stay ahead of the animal.

If they haven’t picked up your scent yet, the best way to deal with dogs in The Last of Us Part 2 is to take out their handler. You’ll get the bow and arrow in the same segment as the dogs are introduced, and it’s the perfect weapon for the situation. Land a headshot on a dog’s handler and the dog won’t know what to do, sitting next to its fallen person rather than moving. You can then sneak past. If you can’t find a gap in the patrols, this is by far the best way to deal with dogs as it stops you from having to fight them at all.

Finally, as a last resort you shouldn’t be afraid to attack the dogs. They may move quickly and make a lot of scary noise, but they’re actually pretty weak. A dog will go down in a couple of pistol shots, or a single shot of a more powerful weapon. If you want to take them out before they notice you, a well-thrown molotov can kill both dog and owner. Likewise, you can leave a trap along your scent trail to take out anything following you. If you don't want to kill them, then a stun bomb should do the trick.

In short, to deal with dogs in The Last of Us 2 you can either throw bricks and bottles to draw them away, or use a bow and arrow to snipe their handler. These are the best options, but you shouldn’t be afraid to take out the dog as well, no matter how much it hurts to hear them whine. For more The Last of Us Part 2 guides, click here to visit the game hub.