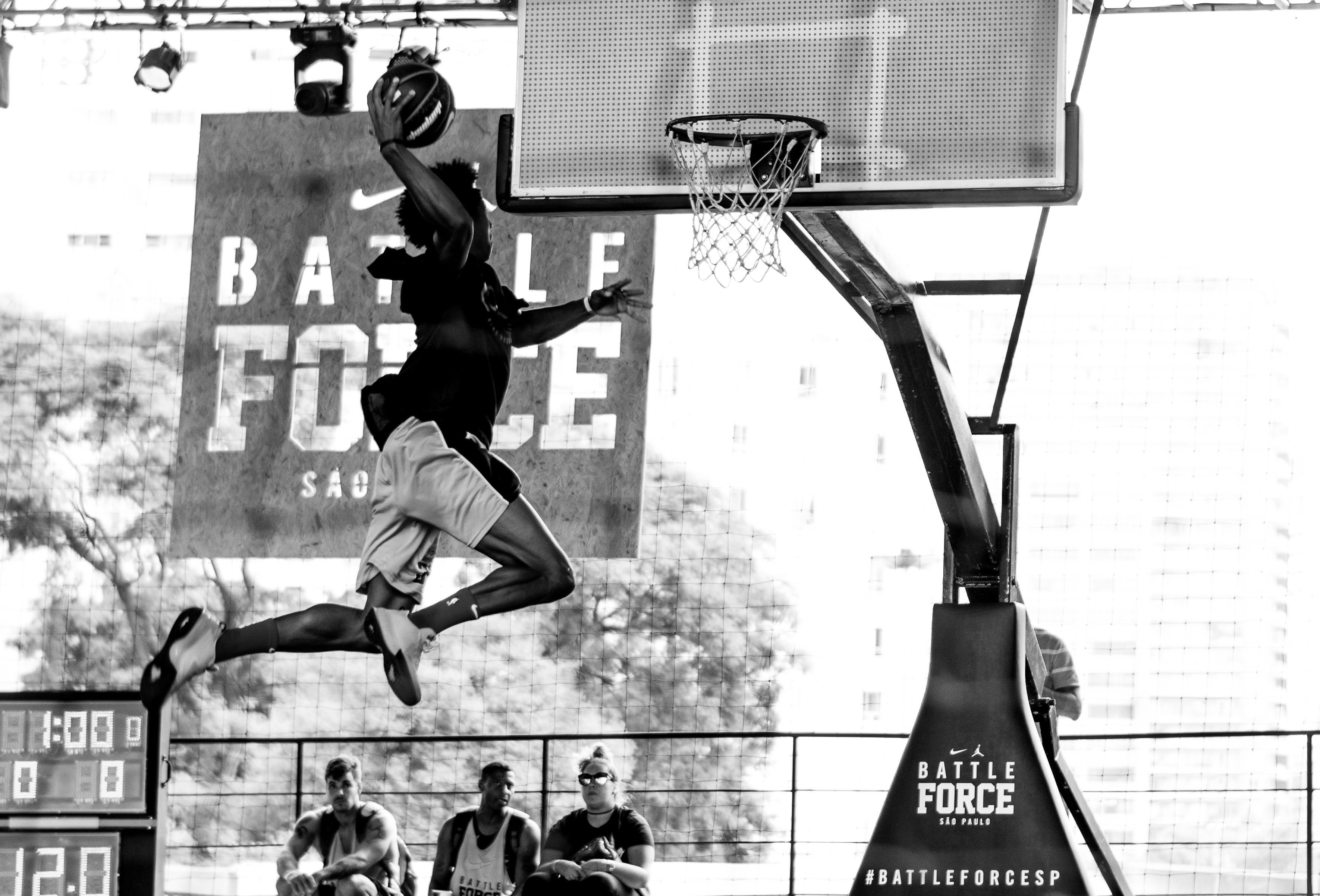 Esports and sports share more than just six of the same letters. On top of the entire basis of competitive play, there's the fans, the tension, the atmosphere, and well in one of the esports there are cars playing soccer. In another one there are small people playing soccer. The overlaps are huge, and yet there are still some of the sports old guard insisting that esports isn't worthy of their attention or respect. Thankfully this sub-section are shrinking by the day, as athletes and fans alike see the incredible skill and passion of their virtual counterparts.

Leading the way in this sea change are the pioneers of sports personalities making their in-roads into the digital world. These are the athletes and sports stars who have tested the waters of esports, dipping their toes before diving in to the future of competitive gaming.

The big man himself was one of the first to make his play in esports, all while he's supposed to be enjoying retirement. After his Hall of Fame-worthy innings at the Lakers, Shaquille O'Neal became a ubiquitous face behind the desk as a sports pundit. He then brought this same energy to esports tournament Eleague in 2016, and having been inducted into the fast-growing world of competitive gaming, invested in his own esports team. NRG esports has since gone on to incorporate teams in Apex Legends, Call of Duty, Overwatch, Fortnite, Rocket League and now Valorant. All as a result of initial investment from sports stars including Shaq, the Sacramento Kings co-owners Mark Mastrov and Andy Miller, as well as another pair of athletes from outside of basketball...

Alex Rodriguez retired from Major League Baseball after 22 years in the game, amassing some of the biggest numbers of any player ever. A career record of 25 grand slams, 14-time All Star pick and now, part-ownership in NRG esports. Along with Shaq, he made his initial investment in the team in 2016, allowing the team to grow their offerings outside of League of Legends' LCS series, in which they sold their slot later that year. Alongside A-Rod and Shaq, former White Sox shortstop Jimmy Rollins also invested in the team.

Current Boston Celtics star Hayward is a big competitive gamer in general, sneaking in rounds of Overwatch, Hearthstone, League of Legends, or possibly Fortnite, if his daughter doesn’t interrupt. Oh, and his NBA career, of course. After being named a HyperX ambassador in 2016, the veteran forward insisted he was waiting for just the right time to jump all in on esports, and his chance came earlier this year. In march, Hayward invested in mobile esports company Tribe Gaming, which has built up teams in mobile games such as Clash Royale, Brawl Stars, PUBG Mobile and CoD Mobile.

Fellow Celtics forward Jerebko may be able to give his teammate pointers, as the Swedish baller is responsible for reviving Renegades after purchasing it from Christopher "Montecristo" Mykles in 2016 after the disbanding of their LoL team due to the owners being banned from the LCS as they "compromised player welfare and safety". The team has since gone onto great success, snatching up a slot in Blizzard's Overwatch League as the Detroit Renegades, and maintaining a fearsome Australian CS:GO squad.

One of the more complicated, but best known entries into esports was by former Lakers legend Rick Fox. Founding his own esports team Echo Fox, after purchasing the NA LCS slot of Gravity Gaming in 2015, Fox continued to build one of the most recognized teams in many esports communities. The FGC particularly benefitted from Echo Fox's recruitment, as they swept large tournaments in multiple fighting game titles. However owing to disagreements between business partners, and allegations of racist abuse in 2019, Echo Fox was eventually disbanded, losing an estimated $30 million LCS slot and a huge number of successful fighting game players, including SonicFox and Tokido. Hopefully the experience hasn't soured Fox's interest in esports, which he developed after attending LoL at Madison Square Gardens and feeling the energy of the fans.

Tennessee Titans offensive lineman Rodger Saffold got in relatively early to the esports landgrab, snatching up Call of Duty team Rise Nation. They now have players in Rainbow Six Siege, Gears of War, Fortnite, Apex Legends and Street Fighter V where Dominican Republican MenaRD won the Capcom Cup in 2017. Saffold's used to driving through into unknown territory, and proves successful at it once again in esports.