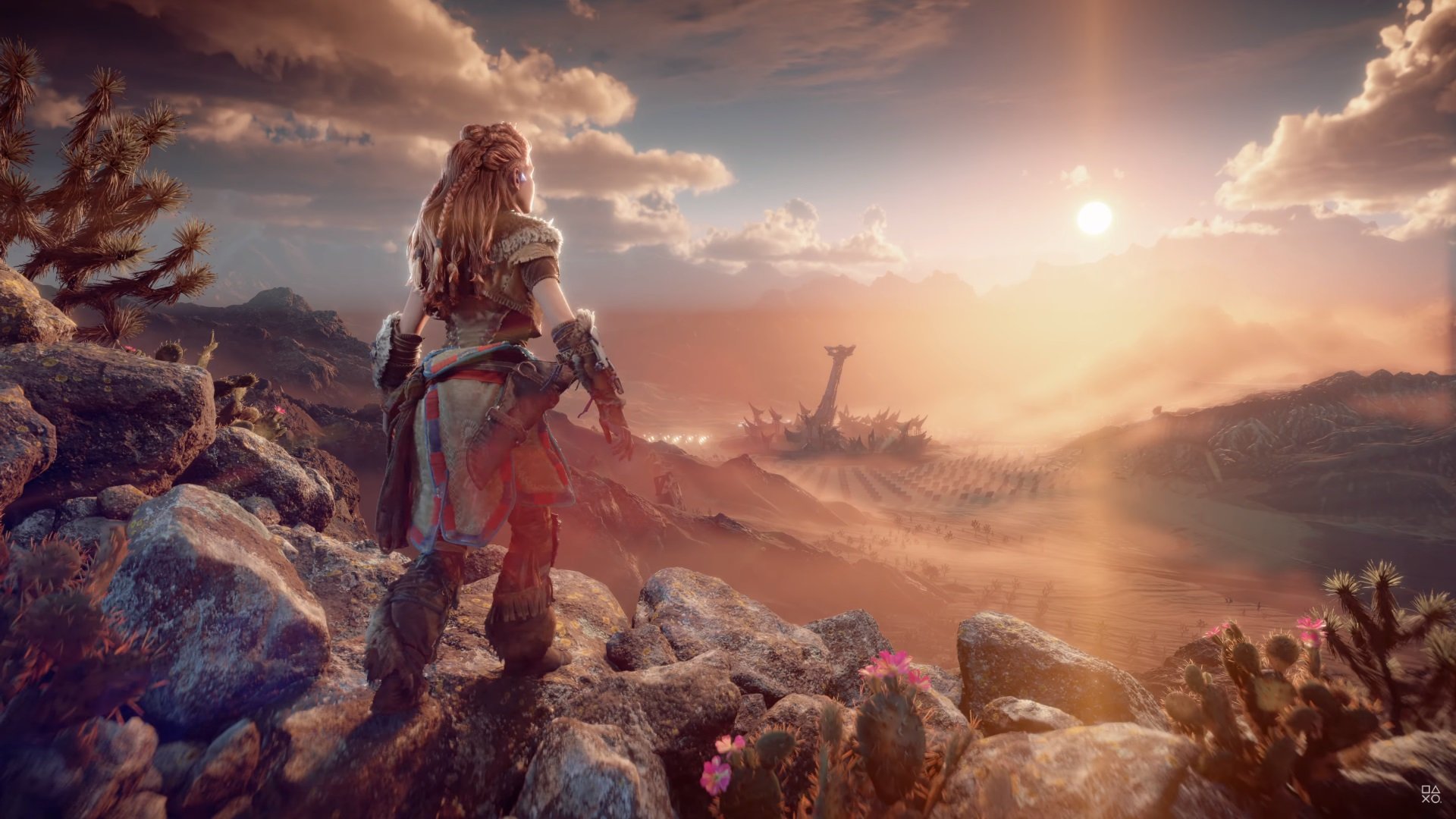 A brand new video from Horizon Zero Dawn developer Guerrilla Games hit YouTube today. In the video, the team talks more about some cool features Horizon Forbidden West will have including dozens of new machines, virtually no loading times, and a much larger world for players to explore!

During our analysis of the Horizon Forbidden West trailer, we note that both the ruins of San Francisco and Yosemite National Park can be seen. Based on the distance between these two landmarks, we inferred that Horizon Forbidden West will be larger in size and scale than its predecessor, and it sounds like we were right.

“The title ‘Forbidden West’ actually refers to a mysterious new frontier that stretches from Utah in the USA all the way to the Pacific Ocean in the West,” confirms Mathijs de Jonge.

That’s right, you’ll not only be able to climb mountains in what was once Yosemite National Park and uncover lost landmarks in the ruins of San Francisco, California, but you’ll be able to explore other states like Utah as well.

Mathijs de Jonge says the map is “a bit bigger” while also mentioning new additions that add depth to the areas you can explore like the ability to dive underwater.

In the trailer we see Aloy sporting new gear like a face mask that’ll allow her to remain underwater longer. Given the vast scale of the game, players may worry about the amount of time it’ll take them to travel between locations, especially once fast travel becomes available.

According to Mathijs de Jonge, there will be “virtually no loading screens” in Horizon Forbidden West thanks to the PS5’s powerful SSD. Restarting from a checkpoint, booting up the game, and using fast travel to get from one location to another will be much, much faster than what players experienced in Horizon Zero Dawn.

Having the ability to fast travel certainly sounds like it’ll come in handy with dozens of dangerous new machines added to Horizon Forbidden West like Shell Snappers and Sun Wings.

Mathijs de Jonge also confirms a thought we had looking at the new tribes in Horizon Forbidden West with some being peaceful, and others not so much.

He goes on to talk about how one of the game’s hostile tribes has “discovered the knowledge of how to override machines and use them as beasts of war in combat” with the video showing the tribe with the large elephant machines from the trailer.

Mathijs de Jonge calls this machine a “Tremor Tusk” and goes on to say that it’s “loaded with weapons and heavy plated armor” while indicating this machine to be dangerous. It’s not only dangerous out in the wild, but even more so when a tribe has overridden and outfitted it to use in combat.

The video also shows the scene where Sylens observes a tribe with a captured machine. It sounds like they’ve captured that machine to override it, which makes us wonder if it was Sylens who gave them that knowledge based on the ending of the first game.

If you’re wondering what the red rot is that’s shown in the trailer, Mathijs de Jonge calls it a “red blight” that infects the land, leading to a collapsing biosphere.

Apparently, it’s “choking wildlife and starving animals and tribes” while also causing the weather to spiral out of control “creating massive supercell storms that flood canyons and fields” which helps explain the storms we see in certain parts of the trailer.

Mathijs de Jonge concludes the video by noting the team is working hard to make the game appealing for fans of the original, and newcomers to the series as a whole.

This makes it sound like the game will contain refresher information that’ll help players who haven’t worked their way through Horizon Zero Dawn get caught up.

Unfortunately, Mathijs de Jonge confirms what we feared when a release window was excluded from the original announcement trailer. No, Horizon Forbidden West will not be a launch title. Instead, it’s scheduled to release in 2021.

Even though we’ll have to wait a little longer than we expected for Horizon Forbidden West, the announcement trailer and the video from Guerrilla today cements the fact that this is going to be a truly amazing game.