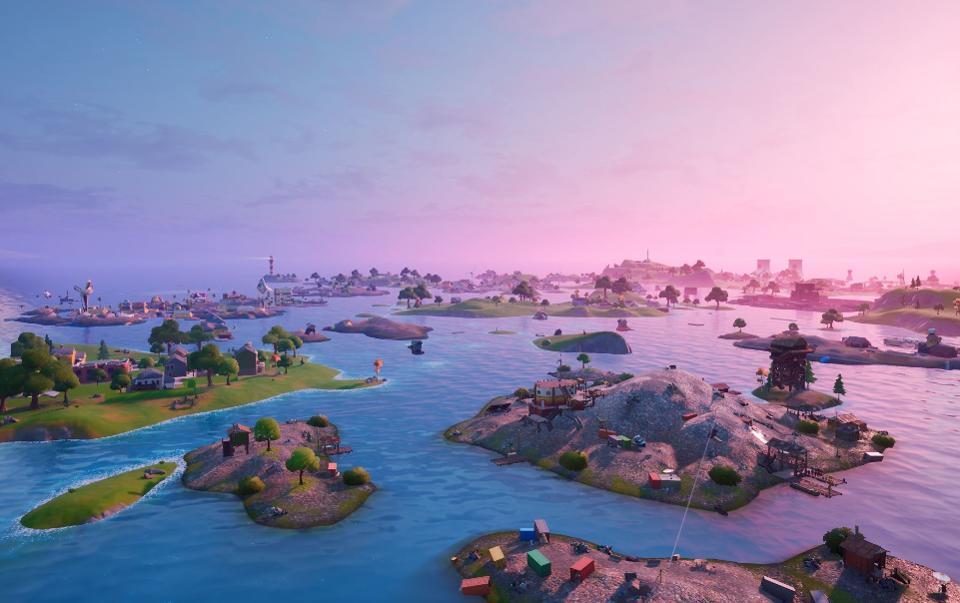 The Pokemon Company are far from done when it comes to game updates and announcements.

The Fortnite Chapter 2 Season 3 map changes have meant we're treading a lot more water than we're used to, thanks to Midas' failed attempts to stop the storm.

If you're used to jumping straight out of the battle bus and landing on solid ground then you'll have a bit more of a fight on your hands in Fortnite's new map for Chapter 2 Season 3, as around half of the usual spots have been sunk beneath the waves.

That might not be a problem for some of the new additions to the game, such as Aquaman, but for the rest of us we'll have to get used to getting around again. Thankfully you can now waterski while holding onto a shark, so it shouldn't be too difficult.

As you can see from the above side-by-side, the Fortnite Chapter 2 Season 3 map changes have resulted in a lot more of the wet stuff to wade through in your matches.

You may notice, first of all, that pretty much all of the in-between areas to the North and West of the map have been submerged thanks to the failure of The Device.

While that means that most of the land is underwater, many of the named locations remain unchanged. If you still want to land on solid ground, aim for the South-East of the map.

The central island, which hosted The Agency before this cataclysm, has been replaced with The Authority, which is really just the same thing to be honest.

The Yacht has also moved directly to the North of the map as well, and there's a new area called the Fortilla to the South-West, made up of a bunch of floating platforms. What was once Slurpy Swamp is now Rickety Rig, and the Dirty Docks are also fully underwater.

There are plenty more differences in the game besides the Fortnite Chapter 2 Season 3 map changes, what has been you favorite addition?