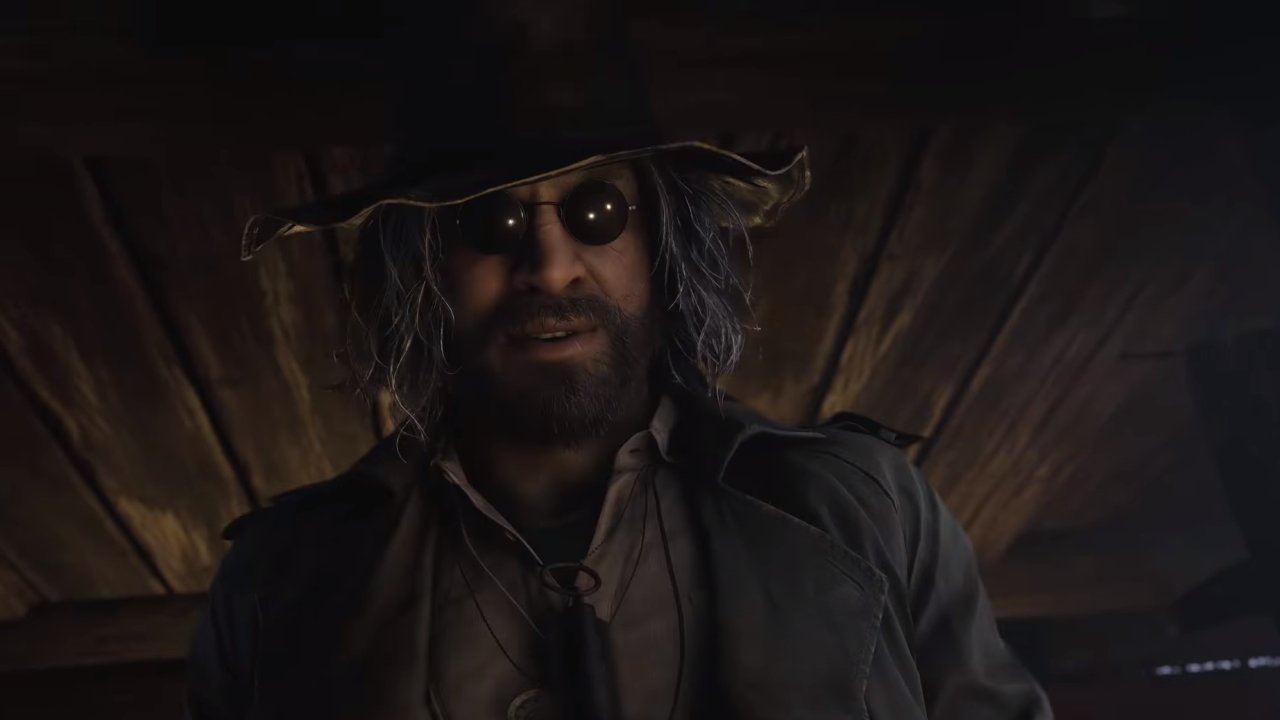 The Village People clearly lied with their music. Last night’s debut trailer for the eight mainline Resident Evil title painted a very different picture of country life, completely devoid of youth groups or macho men. Well, not unless you count a buff werewolf trying to claw your face off. Still, misrepresentation aside, we’re already itching to explore the latest sinister setting Resident Evil has planned for us. To celebrate the first footage of the eighth — provided you ignore around a million spin offs and remakes — title in the franchise we’ve put together a list of eight reasons we’re excited for Resident Evil Village based on what we’ve seen so far,

We adored Leon and Claire’s spruced up return, but we’re equally happy to see Resident Evil tread new ground. As Capcom’s flagship series, it’s exciting to see where they want the series to head next. The studio has described the game as a “fresh take on survival horror” meaning we can expect much more than a return to the claustrophobic corridors of Resident Evil 7.

Resident Evil 7 smartly chose to narrow down its focus to the individual members of the Baker family, each bringing their own brand of horror to a portion of the game. With Resident Evil Village, the scope looks to have been pulled back, and even in this first quick glimpse we’re shown a huge number of different characters, including a few who might even be friendly. Sure, some of them are swiftly pulled through the ceiling to what we can only presume is a grizzly death but you never know, maybe the monsters just wanted to give that old fella a smooch.

During the reveal trailer we got a look at a ring of sinister ladies; a brusque fellow wearing a flat cap; a lady and older gentleman, the two of which appear to be friendly faces who’ll appear throughout the game; one very familiar face; and one maniacal grin that could only belong to the game’s main antagonist. Speaking of which...

3. This dude with his excellently creepy glasses

Wesker, Salazar, Nemesis; whether it’s for good or bad, the villains of the Resident Evil series have always stamped a strong impression on their starring games. This fellow sporting a wide-brimmed hat, dark glasses, and an unsettling grin looks like a sure fit for Village’s villain-supreme, and we’re already eager to learn more about his character and fashion choices. And just look at those pristine teeth; now that's a villain who brushes every day.

When it comes to pulling the scope back, that applies to the environment as well. Resident Evil 8 looks like it’ll let us roam a wider area as we make our way through this corrupted, mountainside village. Along with some ramshackle houses and larger mansions, the trailer showed off several outdoors sequences followed by an overview of the town. If that massive cathedral/castle structure towering over the town isn’t prime Resident Evil end-game and secret lab material then we will eat our S.T.A.R.S. beret. Or we would, if we had one.

Okay, we’ve been beating around the monster-filled bush for too long. Resident Evil Village has got bloody werewolves in it. Yes, they’re a common horror monster but also one that Resident Evil has never included before. We’re guessing that Village will play with the idea that any of the people around you could secretly be infected, like a more advanced version of Resident Evil 4’s villagers, who at first seemed quite normal until you got close enough to receive a hatchet to the face.

If Resident Evil lore has explained away leech men, giant plants and whatever those gloopy things in 7 were, we’ve no doubt their writers can come up with some kind of virus-based explanation for growing a lot of fur and getting angry. How Ethan is expected to fend off such creatures is another question entirely. Then again, he won’t be alone.

6. Chris Redfield is back, but is he bad?

Melon-smuggling series protagonist Chris Redfield made a brief cameo at the end of RE7, even taking his weaponry for a spin in the game’s Not a Hero DLC. In Village, it looks like he’ll be taking on a bigger role, though perhaps not one that Ethan is particularly pleased with.

Our guess? Chris isn’t a baddie, but doesn’t have time for Ethan’s fumbling around. The sequence at the end of the trailer appears to take place in a far nicer house than the other ramshackle buildings of the town, indicating it’s likely the opening to the game and the reason Ethan has to head into the cold.

That said, we’d absolutely be down for a bit of sinister Redfield action. Who knows, maybe Ethan can call on Chris’ sister or Jill to give him a dressing down. After all, they’re both more than competent at handling massive, over-muscled brutes.

The trailer opens with the ominous statement “His story comes to a close.” That immediately begs the question, who’s story: Ethan’s, or Chris’? Chris Redfield is shown looking pretty grim on the key art released for Village, and Capcom clearly want to tease us with a darker side to his character. Considering the potential fan uproar if Capcom decided to end Chris’ arc here after already throwing him through the depths of Resi 6, we’re guessing it’s the former. Then again, we can’t assume our favorite Resi stars will be around forever, and this is a horror series after all.

Ethan Winters was largely defenceless against the horrors he faced during Resident Evil 7, and the rare times he was able to graph a weapon were probably the weakest parts of the game. As the footage of Village shows Ethan packing heat from an early stage, we’re hopeful that the development team will have spent some time improving the feel of combat. Gunplay in the Resident Evil 2 and 3 remakes was immensely satisfying, so we’ve got high hopes for Resident Evil Village as well.

Those were VII — that’s eight for the non-Romans reading this — reasons we’re excited for Resident Evil Village, and we didn't even have space to mention the VR potential! Did you spot anything in the trailer that we missed? Let us know what you’re looking forward to in the comments below!