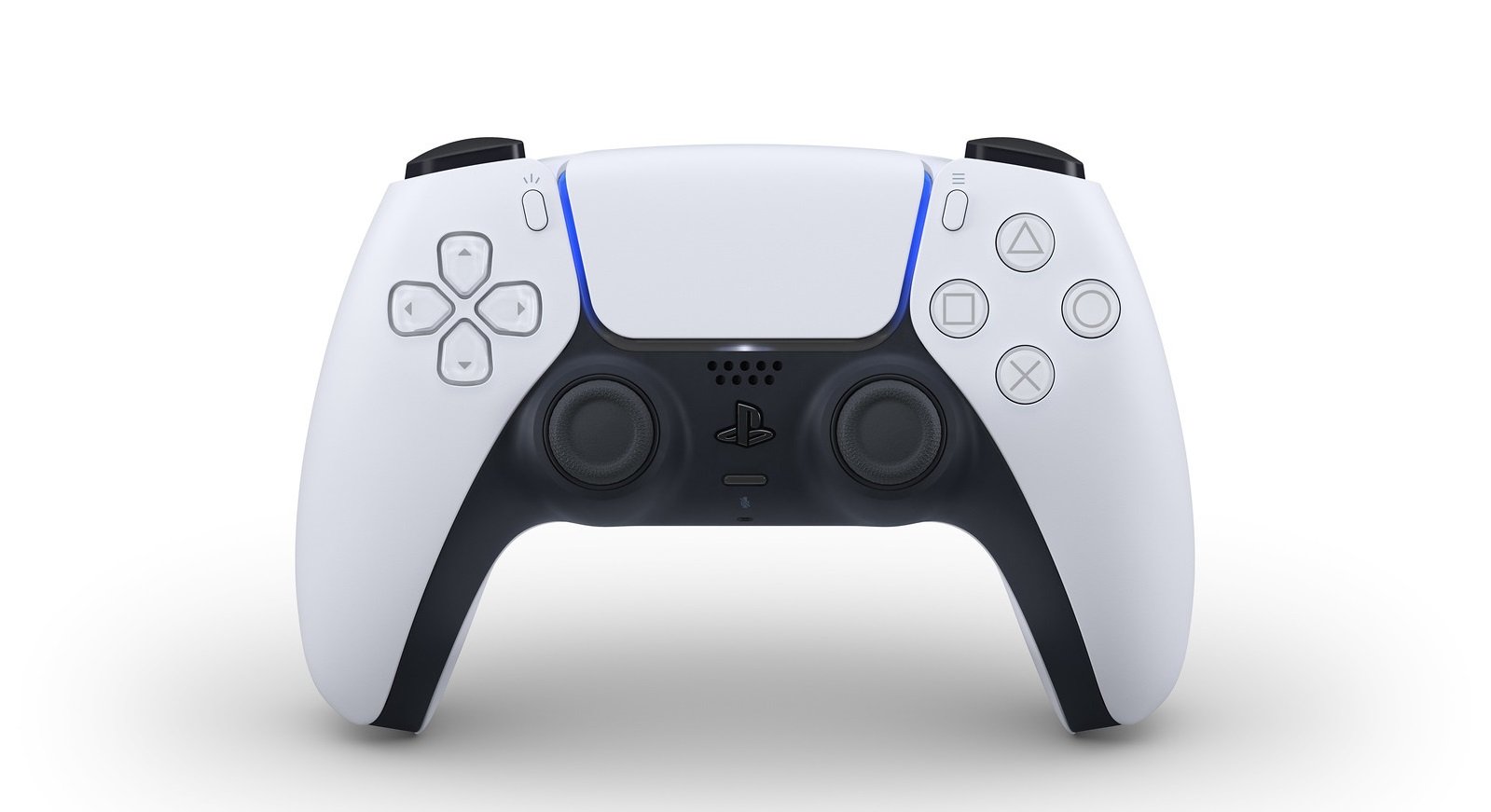 Sony’s PS5 reveal was incredible, not only showing highly anticipated games, but also the console itself. Everyone has been waiting to see what it’ll look like, and now we finally know.

Our first thought was that it pairs well with the color scheme of the DualSense controller that Sony shared with gamers back in April.

Speaking of the DualSense, the controller was at the forefront of our mind while watching the PS5 presentation because all of the games shown will undoubtedly pair really, really well with the controller’s haptic feedback and adaptive triggers.

The games won’t just look beautiful on the PS5, and play well thanks to the console’s ultra-fast SSD, they’ll feel great too.

While playing a game like Spider-Man Miles Morales, you’ll be able to feel the pull of the webs as you swing around. You'll feel the weight of your punches in a fight. In a game like Horizon Forbidden West, you’ll feel the pull and tension of Aloy’s bow, a teaser included in the original press release for the DualSense.

"We've also incorporated adaptive triggers into the L2 and R2 buttons of DualSense so you can truly feel the tension of your actions, like when drawing a bow to shoot an arrow," the press release reads.

Another teaser included in that press release is the mention of feeling the "grittiness" of driving a car through mud. In today’s PS5 reveal, boom... Gran Turismo 7 was shown! With that trailer in particular, they linger on the inside of the car and the action of shifting for quite some time.

We have no doubt the haptic feedback of the DualSense will give you a sense of the road while the adaptive triggers deliver a sensation of shifting. The level of immersion the controller will provide to a game like Gran Turismo 7 is absolutely wild.

Why are we so confident in the DualSense's capabilties? Well, we know haptic feedback controllers work because Nintendo offered something similar with their Joy-Cons.

As silly as many of the games in 1-2 Switch are, they all do a fantastic job at showing you the capabilities of the Joy-Cons from the feeling of balls rolling around in a box to the pull of milking a cow.

While playing Animal Crossing: New Horizons, the Joy-Con feedback is set to where digging a hole feels noticeably different from other actions like hitting a rock to mine resources or fishing for a big, beefy shark. The controllers enhance the experience, even when you aren't paying that much attention to them.

We predict the DualSense controller will be similar, but way more intuitive and detailed in its output than the Joy-Cons. The reason for this is the passage of time. Three years have passed since the Joy-Cons released with the Nintendo Switch in 2017, and in today’s day and age, technology changes rapidly.

We can do more with haptic feedback today than we could three years ago. As for how much more, we'll have to wait until the DualSense comes out to compare it side-by-side to Nintendo's Joy-Cons. It's less about specs you can read and more about how each controller feels.

We predict the DualSense will have the advantage, especially paired with its adaptive triggers. You also have to keep in mind how technically impressive the PS5 itself is. Yes, Sony built the DualSense as an improvement on the DualShock controller, but they also built it to pair well with what the PS5 can do.

Even if the PS5 ends up being more expensive than the Xbox Series X, it’ll likely feel worth it to consumers when you think of everything you’re getting with the PS5. You have a powerful console, an incredibly fast SSD to reduce and even remove loading times from games, and exclusive IPs you can only play on PS5 like Horizon Forbidden West.

Adding to this, you have a controller that sounds – at least right now – like it’ll be more advanced than what Xbox is offering with the Series X. Heck, the DualSense even has conveniences like a built-in microphone so you don’t have to worry about scrounging around your home for a headset.

The biggest downside to the DualSense is a design issue that it shares with its predecessor, the DualShock. Over on Shacknews, TJ Denzer wrote a fantastic piece on this issue that we highly recommend reading.

To sum it up, when you set the DualSense down, it rests directly on its R2 and L2 triggers which can become problematic if you need to set the controller down and accidentally trigger something in a game that you weren’t intending to.

Setting that one particular quirk aside, we genuinely believe the DualSense deserves as much love as the PS5 itself given how it’ll enhance all of the games shown during today’s presentation. Each and every one of those titles can benefit from the haptic feedback and adaptive triggers of the DualSense from Ratchet & Clank: Rift Apart to NBA 2K21 and beyond.

Don’t get us wrong, we can’t wait for the system as a whole. It looks absolutely amazing. We just wanted to talk about how excited we are for the controller now that we’ve seen some of the games we’ll be playing with it.

C'mon, can you imagine how good it'll feel to draw Aloy's bow with the DualSense and take down some new robot dinosaurs? We can't wait for the PS5, the DualSense, and games like Horizon Forbidden West.

Also, major kudos to Sony for knocking it out of the park today with their big console reveal, and for dropping details about the DualSense beforehand so we can hype ourselves up even more.

We’re curious to hear your thoughts. Do you think the DualSense controller will help the PS5 be successful, or do you think it’s better to wait until people actually get their hands on the controller to find out exactly what it can and can’t do? Comment below!